Some Custom Models for My Dark Angels

I bought the Masters 0f the Chapter box set , and really liked the figures , but I didn't think they went well with the fluff of my D.A. army , so I decided to give them the Dark Angels treatment , as Company masters , they would be members of the Inner Circle so they would have swords and robes , so I started to remove weapons and add hooded heads and made robes with green stuff . I made the new shield with a chaos shield , a Dark Angels plastic emblem and green stuff , using pva glue on a toothpick to make the rivets. 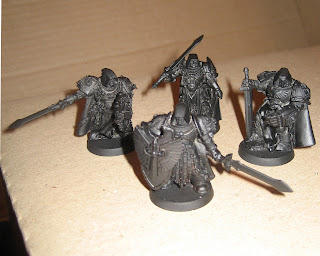 I also decided that I didn't like that Azrael my Supreme Grand Master has a little watcher guy that carrys his Lion helm around , 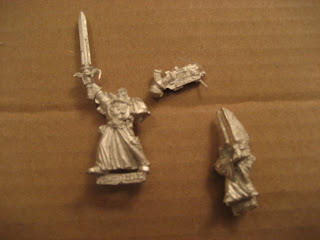 so I decided to put the helmet on his head , I cut away all the watcher stuff and removed Azrael's head , 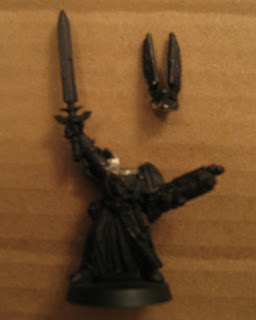 drilled both parts and installed magnets , so I could replace his head with a hooded head if I wanted . 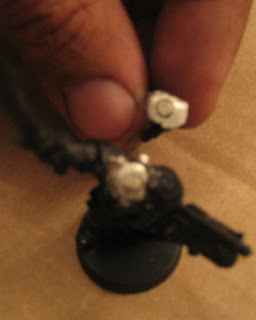 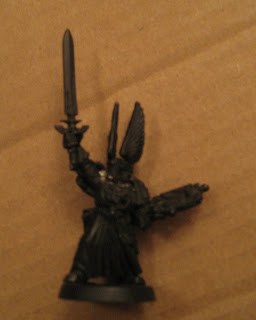 Looks better , ready for battle, now for some paint. 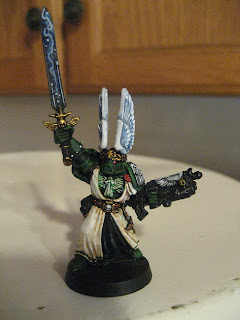 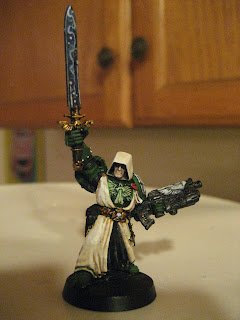 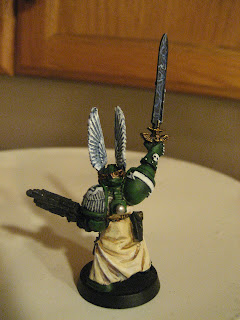 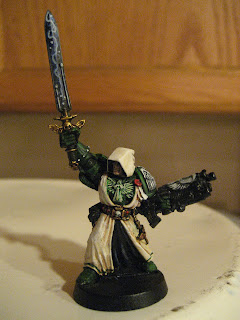 Next up was the Leader of the Deathwing ; Belail . I had a figure that I was using , but when I saw the Lysander mini I knew it was the one to use . I magnetized both arms , so that I could change his weapons around ,and pose the arms . I wanted him to stand out and look massive in his terminator armor , so I gave him some plastic dreadnought leg pieces as shoulder pads , lots of purity seals and Dark Angels bits, some green stuff robes and hair , and pva rivets. 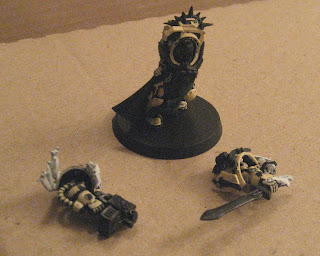 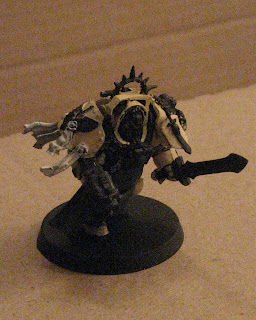 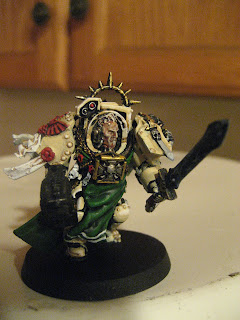 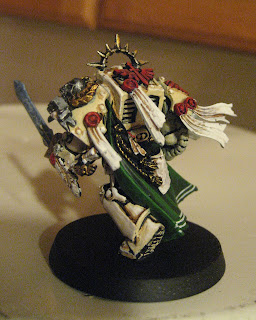 This is one of my Raven Wing Sergeants , no real custom stuff , just a dramatic mount on the base , and some ink washes . 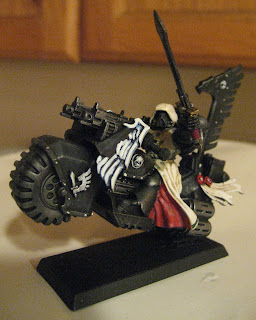 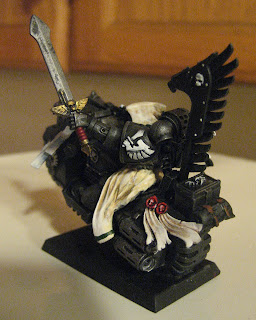 OK, thanks Mike for the photography lesson they should get better from here on out, adding my Death Wing banner , I printed the image in grayscale , glued it to the banner and then hand painted it in . 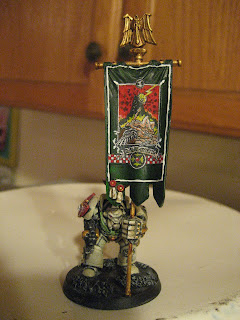