After all the big Ork projects, I had to scale down a little and make some little things that are done in a couple of hours or so. I decided to make some stratagem markers for Cities of Death, and they could end up as a nice gift to someone. The one I like to use is the infiltrating one through the sewage system. Using some old Ork bitz and some other stuff I came up with these two: 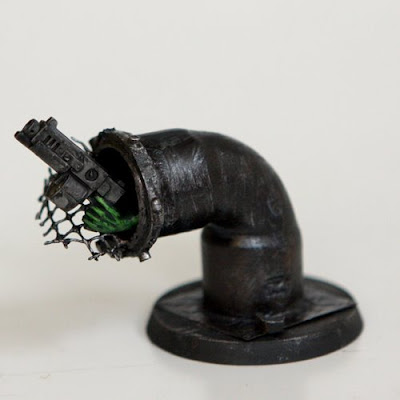 Only an Ork would try to sqeeze through such a narrow tube. It's a copper pipe with a bit on metal wiring. I made the rivets on the top using the green stuff rivet technique. The ring at the end is cardboard. 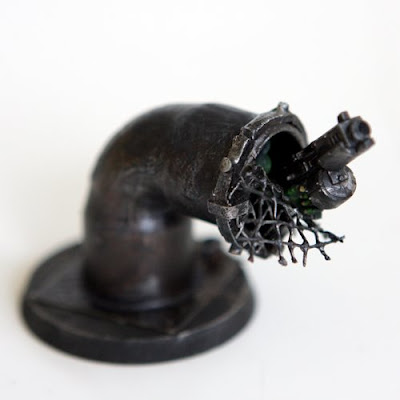 This guy is peeking out. I cut his face in half to make it look like he is rising up out of the dark. 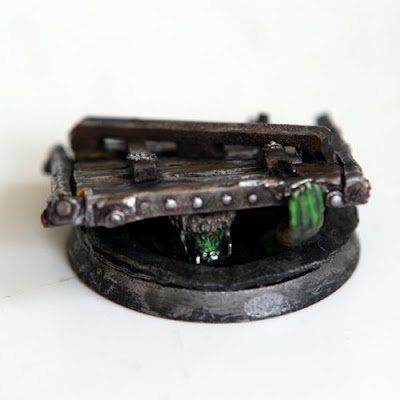 The lid is made of balsa wood with some extra bitz laying around. 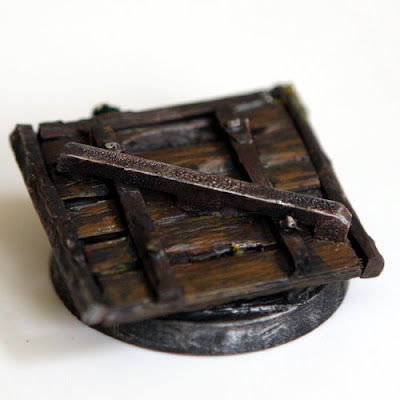 It's a simple but rewarding project and I can think of many ways to make different ones. 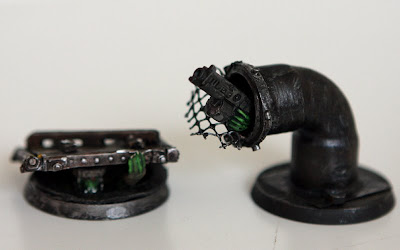 Hope it inspires you guys to make some as these as presents or to use in a game.

Email ThisBlogThis!Share to TwitterShare to FacebookShare to Pinterest
Labels: orks