A Slave for Brother Sergeant Priad of the Iron Snakes

I have been working on an interesting project for the last couple of weeks. We know that the Iron Snakes in Dan Abnett's novel were based on ancient Greek Society. Part of that society was the extensive use of slaves and so in Brothers of the Snake the boy slaves do make their appearance. In a massive battle with Orks, the slaves stand behind their space marine master and hand them their Sea Lance or reload and clean their bolter. here's an excerpt:

"As the line of brothers milled the foe with their lances, the boy slaves and armourers rushed in at their heels, ducking to dodge stray missiles and wild shots that penetrated the line. Bolters, hot and smoking, were gathered up from the dust and reloaded and fresh sea lances were planted in the shadow or the human wall."

In modeling the Space Marines I had trouble incorporating the lance, so I made a slave to carry it for Priad, the sergeant. Here he is: 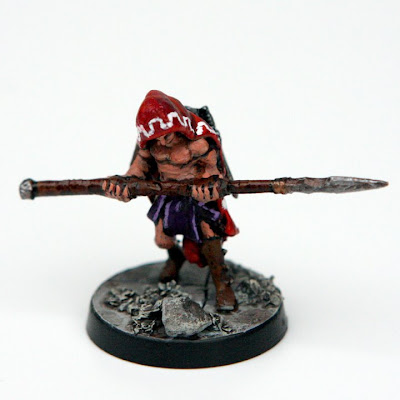 The basis of this model is an ancient Woodelf Wardancer that John gave me ages ago. It's a model from 1995. 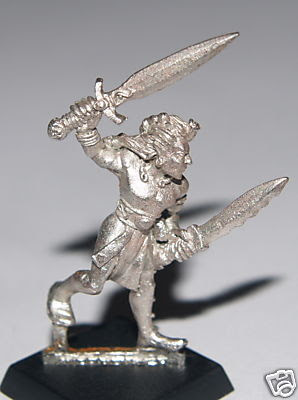 Look beyond the elven look and you can see a clear Greek-themed body. The models from that time are a lot smaller, which is perfect, I wanted to have a big size difference. With lots of cutting and more controlled violence I bent hands, heads and legs and added a cloak of green stuff. 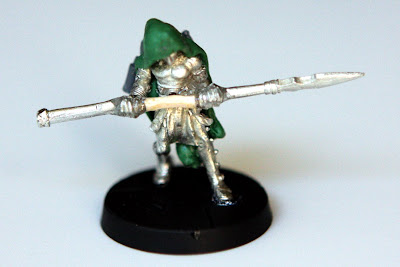 It was important to me to make the slave look very subservient, emulating this aura of a predestined life of service. 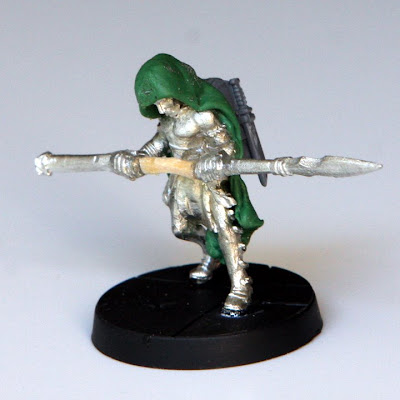 Here's is also a picture of Priad with his servant to show the perfect dimensions of the wardancer: 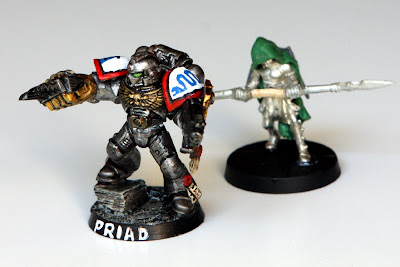 Here are some more details of the painted version. I added a very simple Greek design to the cape, to make the model look a little more vibrant. 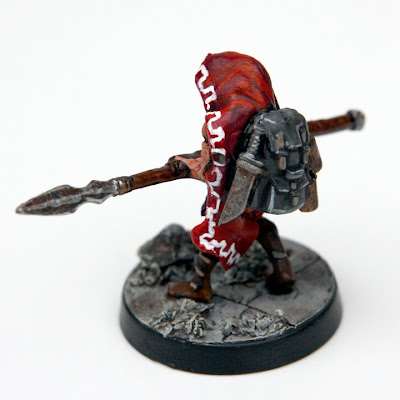 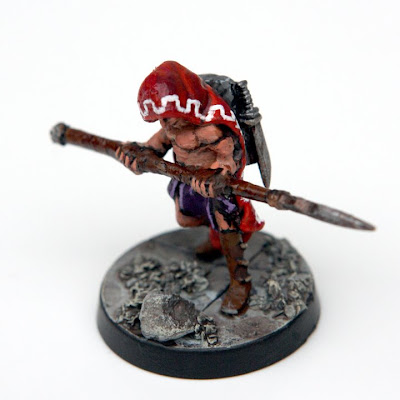 I had problems with the hands, I used too much super glue with accelerator and the detail of the hands got lost. I had to paint the fingers, which didn't work very good. 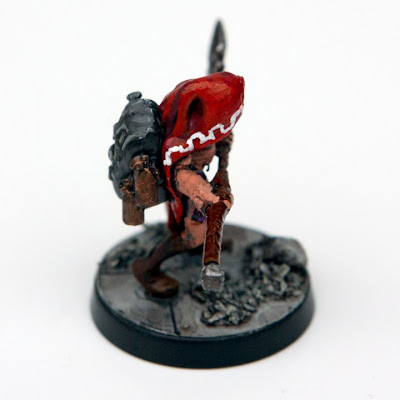 The backpack is from the Imperial Guard (thanks Christian). 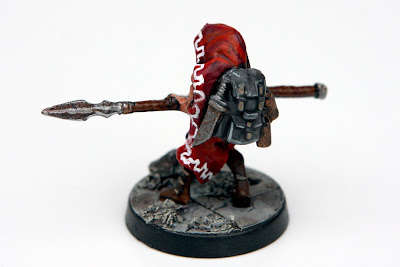 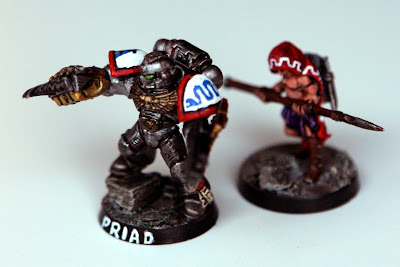 I have started on a different slave which will be posted next week. Also, you can easily add these guys to the game, like the bomb squigs that the Orks have. Each squad of 10 could have only 3, the cost would be 10 points and they would give 3 models an extra attack in close combat.
More Later!
Mike
Posted by SC Mike at 11:49 AM