New Series! From the closet: the drop pod

While I work my way into a bunch of new modeling projects, I have decided to check out my closet and find some old things that I built and are worth sharing a few thoughts about. After I read From the Warp about drop pods and with all the attention given to the drop pod at GW, I thought I start with these. 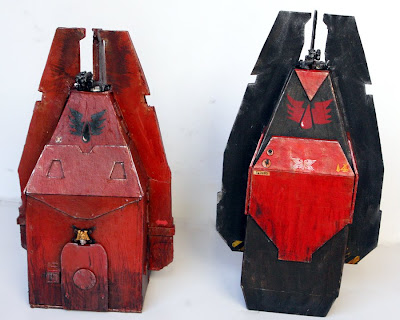 Before John wrote his post with our downloadable drop pod template, I built these two, maybe 3 years ago, out of cardboard and tape. First I built the fat one for a dreadnought, 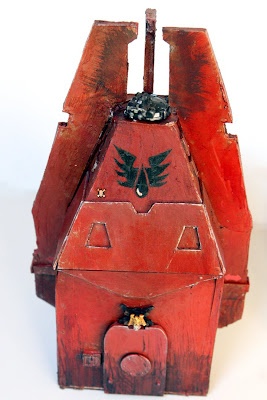 then the slimmer one where I actually improved the design a little. 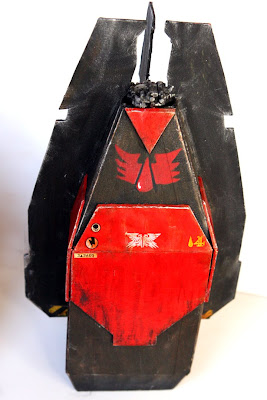 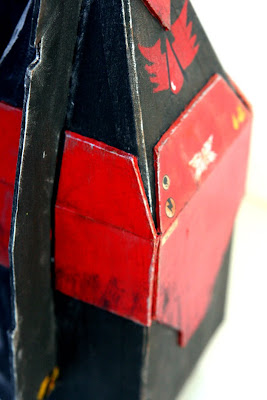 We were all stoked with the outcome and had a few fun games with them.
But then the reality set in: drop pods were just too good. Every game I played with them, I killed off my buddy Christian or vice versa. My Blood Angels (they have since been dismanteled) were just insanely strong and using a drop pod with 5 termies, 2 assault cannons etc...man it was just a massacre. Also, the drop pods could never crash, they would always block line of sight and playing with 3 or 4 just tilted the game instantly. We created a house rule for a while, where the pod could scatter into terrain, but then there was no point in taking them; they crashed all the time. In the end we decided not to play with them anymore and that felt much better. What's the fun in playing with models that have massive advantages on top of being part of a very powerful army? So I tossed these two into the closet and only today, after a couple of years, saw them again. Funny how stuff works itself out.

On a side note, I read today on Bell of Lost Souls about the new Imperial Guard Codex and would think that they should also be able to take the drop pod. It makes for a better combo I think, having weaker troops pay for a great transport, instead of having Space Marines come in with these things.
In the next couple of months I will bring out some more of these old closet items and share some thougths about why they ended up in the darkness.
Mike
Posted by SC Mike at 10:11 PM