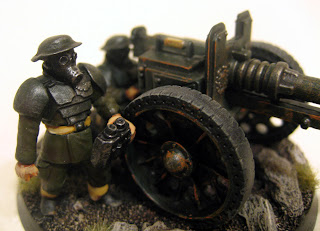 I have never understood how some of the heavy weapons in 40K are supposed to be carried.
Space Marines have powered armor to help heft huge heavy weapons around the battlefield, but even with two men, I have a hard time believing a Guard heavy weapon team is going to be lugging along a lascannon, the thing is huge.
I decided to add wheels and a carriage to mine, so these poor bastards can roll it into position, and I think it looks good with the theme of my Ardwick 23rd, like a WWII anti tank gun. 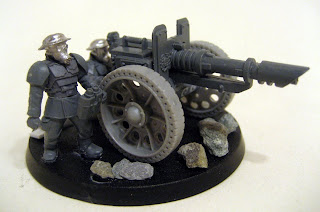 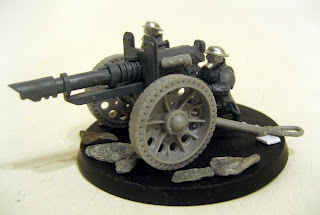 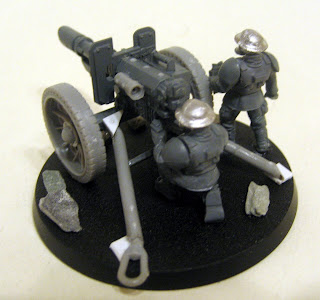 I made an axle and legs from square sprue and used some tank road wheels from a Dragon 1/35 Russian T34 tank model that I bought at the flea market that was missing a few parts. I mounted the power pack on the side of the lascannon behind the shield and added an aiming scope to the other side and a ring on one of the legs to give it the look that it could be towed and a few plate details of thin plastic card and some PVA glue rivets here and there.
Using this method is a great way to stretch out your heavy weapons plastic sets as you can make carriages for the bigger guns and use the provided tripod for something lighter. I also used a standing figure as the second crewman to conserve the squatting models for other gunners. 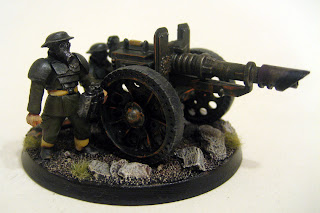 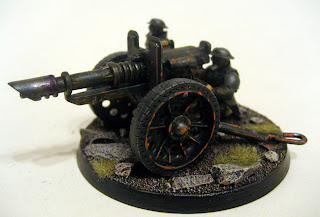 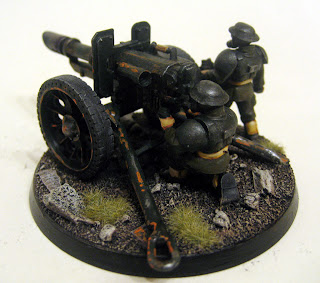 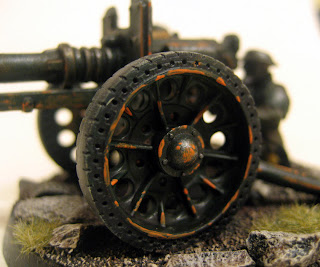 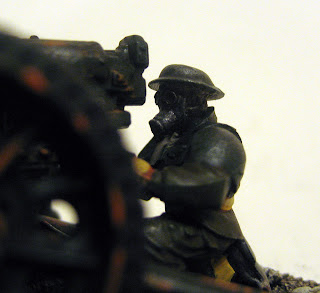 I used the same dark green for the gun that I have been using on the helmets and armor bits with a bit of rust and weathering.
John
Posted by SC John at 10:40 PM