Where I'm Shopping and What I'm Working On 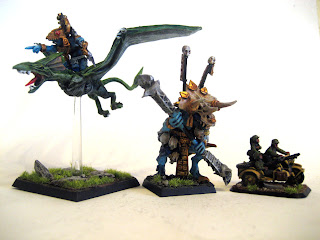 Mike, Christian and I went on a marathon Warhammer buying trip Saturday. The Games Workshop store, and two great local game shops, well maybe not so local for Santa Cruz, but worth the trip.
I had allready bought the new Imperial Guard Codex, and the new plastic Sentinel the day before, at the local games shop in town, Game A Lot, I like to buy stuff here because they have a punch card reward system that gives a discount after you get 12 card punches ($120 worth of purchases) you get 15% off every item in a future purchase.
When we got to the Games Workshop store, I was just there to dig around in the old stuff and for support. I was dissapointed to find the shelves were missing the same stuff as the last time I was there, its like they just don't reorder anything and only concentrate on the new stuff.
Next stop was Gator Games, a shop in San Mateo, that I like that has lots of older stuff all over the place, a great bits box, and miniatures for other games that I like. I bought some Flames of war tanks, static grass, and the Liber Chaotica Nurgle book, and a leg for an Eldar Wraithlord that I was missing.
One of my favorite things about the Gator is that they order the online only limited edition miniatures and have them IN STOCK. I was able to buy the Orc Raider with pig and the Lizard Men special characters here off the shelf. 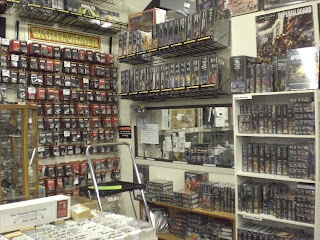 My favorite corner at Gator.
Then, it was off to Game Kastle in San Jose, a great selection of different games and terrain, I was after the 40k Nurgle Deamon Prince, and Mike found it for me, I also grabbed a Reaper model that had some cool looking wings, and ordered some West Wind SHS gasmask heads.

Game Kastle
I painted my Lizardman heros, and also have been enjoying working on my Flames of War Germans. Painting 15mm is very different to me but the washes still work great, these guys are so small. 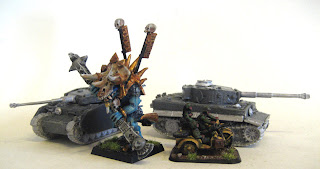 I started building models with HO and 1/72nd armour, so I am really enjoying working on these tiny 15mm tanks, the new Flames of War models are great with even more tiny details, like a very small model kit. 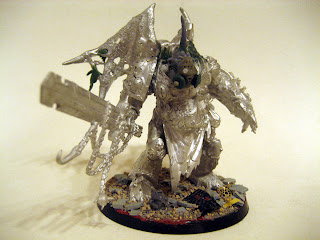 And as I said, I picked up a Nurgle Deamon Prince, To make a Winged Deamon Prince for my Death Guard Nurgle 40k Army. I based him with some scraps and rubble. 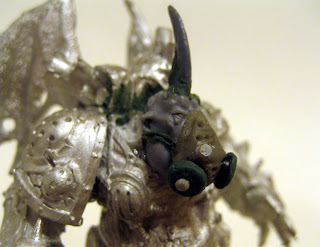 I used an Ogre head and added a gas mask and horn, more on him soon.
John
Posted by SC John at 12:20 PM