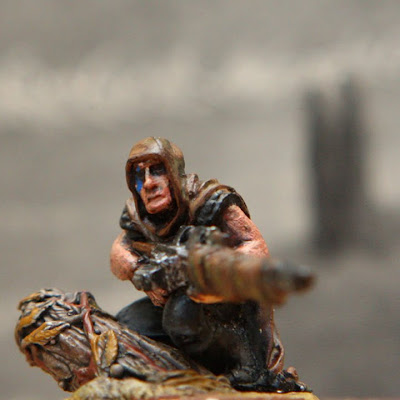 Sometimes a new base will steer you into a direction you haven't gone before. That happened this week when I got some swamp bases from Back2Base-ix, an Australian resin company. While I was pondering what to do with it, I flipped open the Gaunts Ghost novel about Monthax, which is the one in which Dan Abnett introduces all the main characters. The story with Mad Larkin talking to an angel was great, and I decided to dig up my old Mad Larkin model and thrown him on the swamp world of Monthax (I have had these models for years and never knew what to do with it; it shows that if you just get the models you like, eventually something will happen).
I didn't do anything except paint him up. The model is leaning forward once you remove the slotta metal piece, so the log on the base really did work out nicely. There is some great detail on that log, in a different, more greener setting this base could look very colorful. 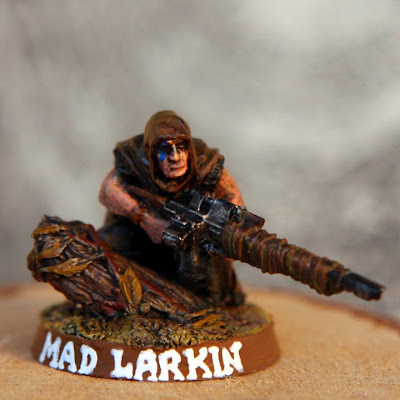 I left his eyes like black sockets, which felt right because he is really sad in this story and he is a guy with a rough past anyway. I did make his face tattoo nice and bright. Because he was talking to an angel, I photographed him in front of Gustave Dore's last drawing of Paradiso from Dantes famous poem The Divine Comedy. 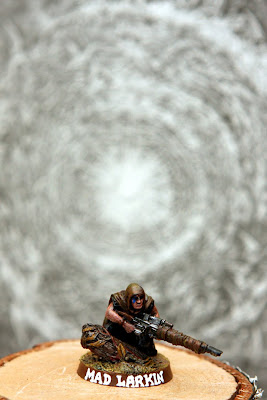 I kept the camo simple, did some washes here and there but did switch out the background for this last shot, making Larks look at the characters in the distance. 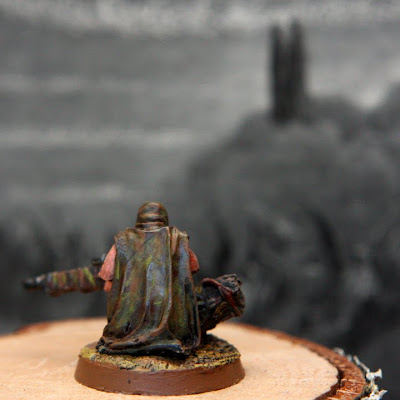 All in all a really satisfying little project from start to finish. Let me know what you all think of putting the name on the base...I like it a lot to give the model some indentity..
Mike
Posted by SC Mike at 7:00 PM

Email ThisBlogThis!Share to TwitterShare to FacebookShare to Pinterest
Labels: Back to Base-ix, Gaunts Ghosts