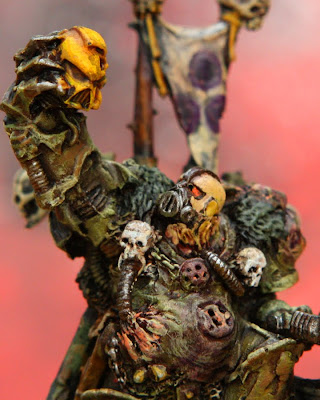 Recently I bought this model at my local store: 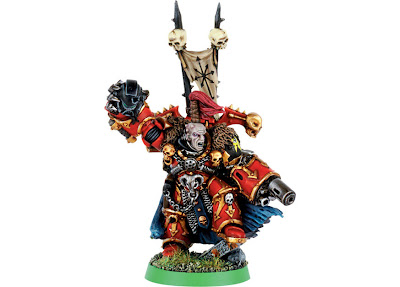 The sculpt is kind of old and the design has problems: it's very cluttered and cramped; when I look at it I feel the sculptor had to put too much into it. Besides, the lord should be looking at his loot but doesn't. The combi weapon is bulky and big and would have been better added to a stretched arm.
Anyway, here's my tutorial about making this model into this one:
So making Nurgle soldiers is fun to do and very easy. A little green stuff and some good bitz will do the job. Here's the model unpainted: 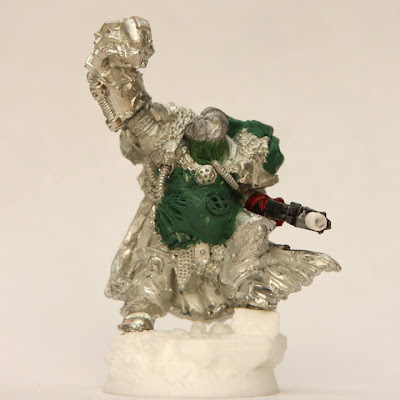 The belly is a big clump of green stuff, shaped in a nice bulging belly. The sore on the right was inserted after I made a small hole in the belly. With a needle I made the holes.
The belly had a pewter powercable added from Dragon Forge, which all of you will have to buy, since it is a cheap and invaluable bit.
After inserting the wire and having it end in the mouth of one of the existing skulls, I pulled up the green stuff with a long needle to make it tight and thinnish.
Here's the shoulder, on which I added some sores, pretty straight forward. 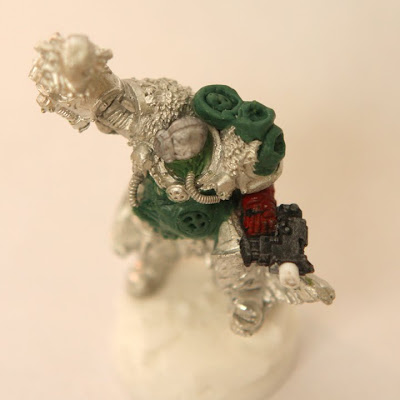 The head is from Pig Iron, you can find this one right here.
I didn't like the look of the combi weapon and I replaced it with a bolter on which I added a bigger nozzle. I removed the rock of the metal model under his foot.
Here's the painted version. I raised his arm with the helmet slightly and created a neck of green stuff on which I could put the head nicely, looking proudly at his prize. All this made the model feel more stretched out and less cluttered. 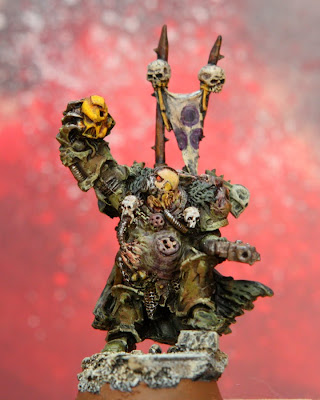 The back has the Nurgle logo painted on it. 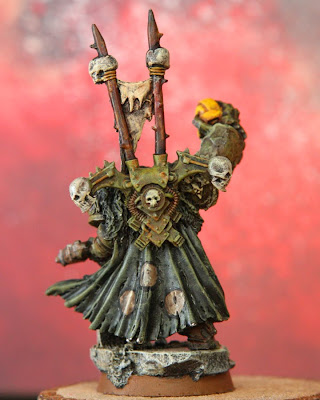 I removed all the Khorne logos and made the powerfist look ragged and worn. 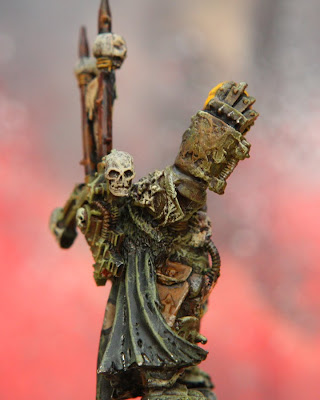 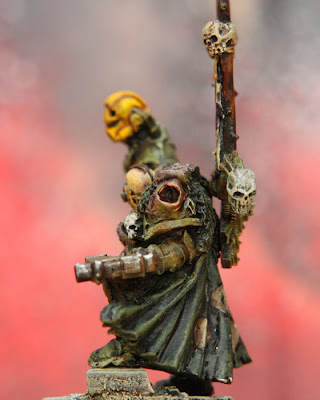 The base is from Back 2 Base-ix. This base worked out really nice, the bulky design with this model worked out well.
You can do this (and probably better)! Get you Nurgle mojo going!
Mike
Posted by SC Mike at 9:16 PM