The Bishkek 2nd Manticore, Part 6 and THE END 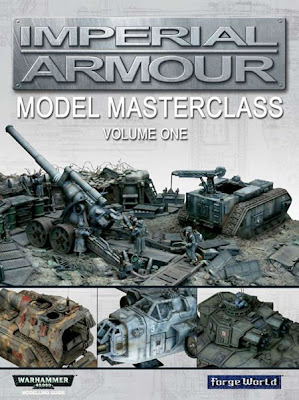 The Manticore is done and I am glad about it. I am totally over it! I now know that building a model with so much care and energy is really hard to keep up from start to finish and I was losing steam at the end. Obsessive as I am, I flew out of the gate, but at the end, when I had to paint the rockets I became grumpy and annoyed. I didn't like the rockets, they didn't look good etc etc. and I wanted to start something new.
But as always, the process is much more important then the result; I have learned so much from the FW modeling book and I had tons of fun with this tank. I can recommend a big project like this to everyone!
Here are the final pictures of the Bishkek 2nd Manticore, starting with the very first one: 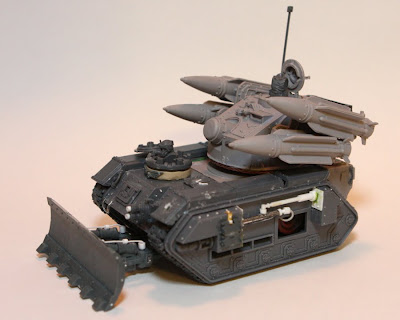 and this is how it ended up 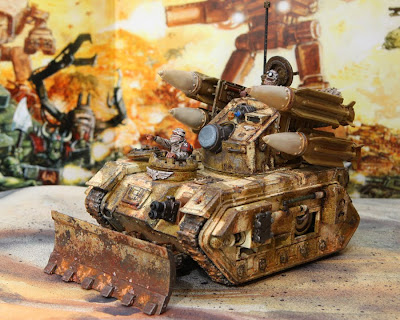 Here are some other views and details:
Frontal. You see that by magnetizing the rockets (better for play), you run the risk of the rockets not attaching straight and thus look crooked....
I added two guardsmen with their desert head dress. More about those later. 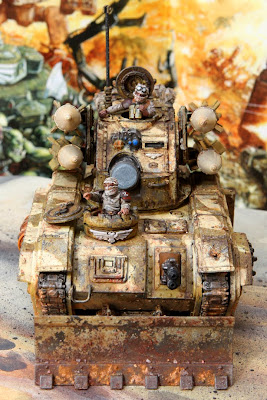 Backview with the stowage basket and the camo net. 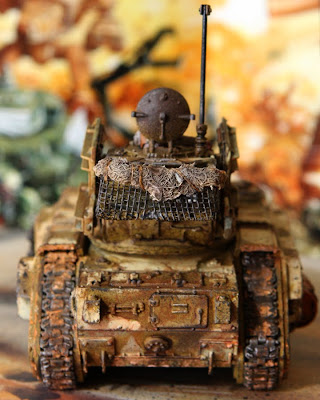 Closeup of the basket and net. These details really add some realism to the whole thing. 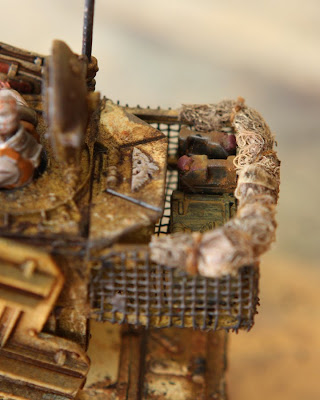 Side view without the rockets. See the magnets in the launching tubes 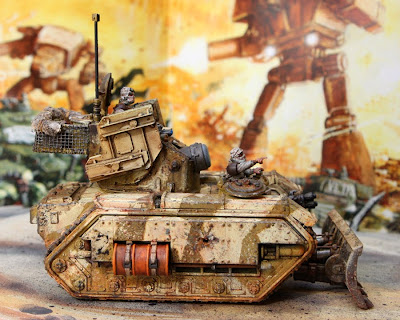 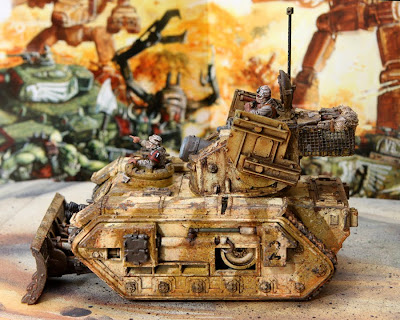 I did add some numbers. I brushed on some hairspray, hand painted the number and did the usual trick with warm water. It came out well. 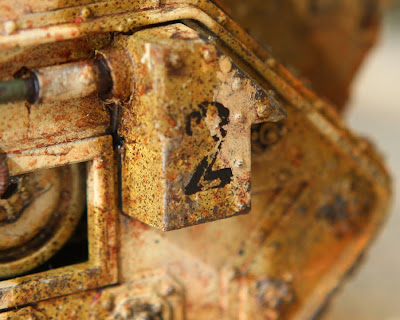 Here are the guys. John has been doing some resin casting, see here, and he gave me some desert heads. I used them so honor his brave attempts. Cheers John! 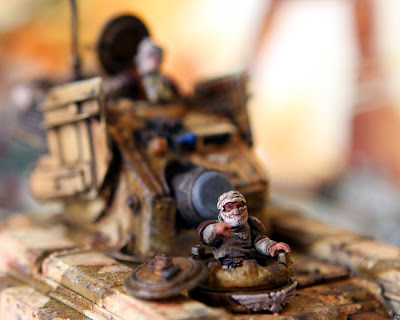 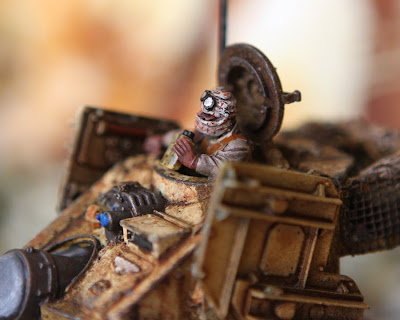 And that is about it for this thing. Since I hardly play, I was tempted for a day or so to give it away in the Santa Cruz Give Away, but maybe not...not sure what to do with it yet.
I already opened my next project. My buddy Christian gave me a Valkyrie for my bday 6 months ago, I want to do a good job on that. Does anyone have tips on how to superdetail a plane? I know nothing about planes but am planning a similar, but shorter series on that model. Let me know!
Thanks for all the great comments over the last two weeks!
Mike
Posted by SC Mike at 10:00 PM