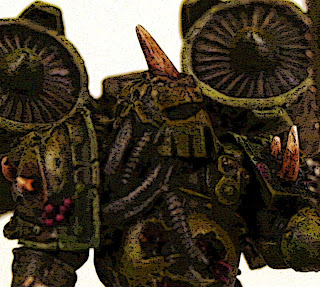 I have to admit that I never intended to have a unit of these guys, until I read an interesting post at Imperius Dominatus.
While this may not be very fluffy for my Nurgle themed army, I liked his idea of 5 Raptors with two meltas as tank hunters.
I didn't think the metal raptors would fit in well with my Forge World Death Guard, so I dug around looking for loyalist jump packs (which I have a ton of) but instead I found a box of MaxMini jump packs.
I used a set of loyalist assault legs that I hit with my frog skinning technique , one of the Forge World Death Guard torsos with belly, Chaos assaulty arms, and threw down some Nurgly green paint. I will be using the shoulder pad with the fly on them for this squad. 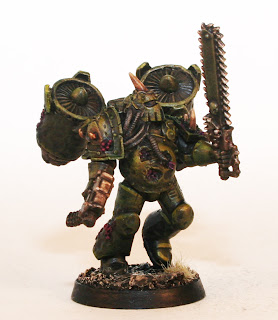 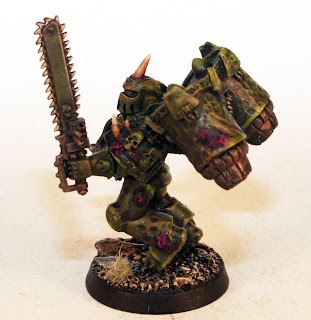 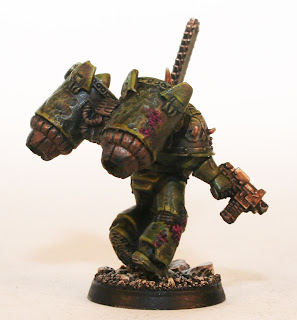 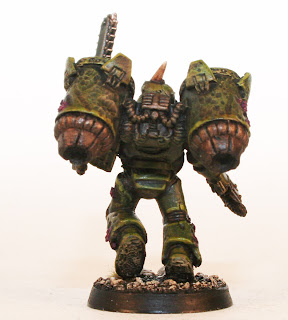 Hope you like him, also here is a sneak peek of a sculpt I am doing for an epic project we have been scheming around with behind your backs.
We will be revealing it with our next post June 1st, and you do not want to miss it. I dare say it may be the greatest hobby project we have undertaken, ever. 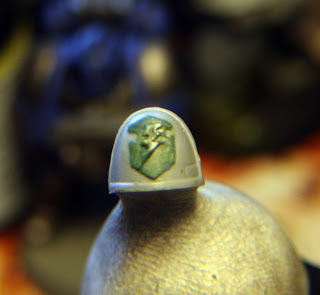