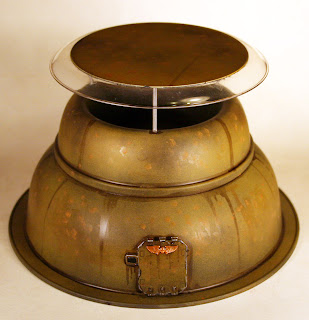 I was fumbling around the house and the new kitten would not stop crying, I followed her and she lead me to an empty bowl .
While filling it up, I realized without cat food in it, the bowl was just about the right height and size for a Space Marine squad to hide in for cover. I needed to go by the post office, and the dollar store was close, so I dropped in to grab some cheap supplies.
For just $3.00 I picked up a pair of stacked plastic bowls, the Garfield cat bowl, and a little stack of clear plastic party cake plates. 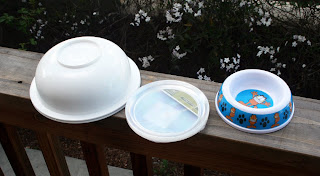 I set the cat bowl on top of an over turned plastic bowl and glued them together with hot glue. I added an old rhino side hatch for access to the observation deck. 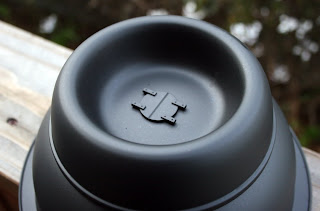 and a Land Raider hatch and video screen from a Rhino interior, all from the bits box, then painted with black primer. 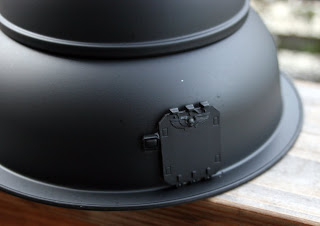 for the canopy, I masked off the outside edge to keep it clear, sanded the top and primered it also. 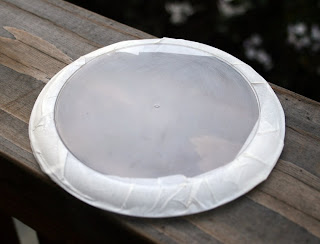 I sprayed a desert yellow over the primer, leaving a bit of black showing in a mottled pattern. 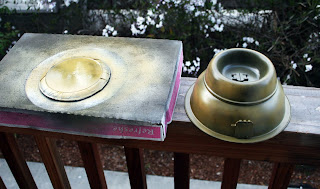 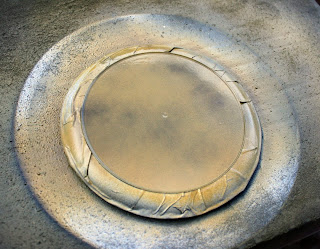 After everything had dried, I removed the masking tape to reveal the clear plastic edge.
I drilled three holes, and added three pegs of round plastic sprue to hold up the canopy, but didn't glue it so I can get in there to place figures.
Here a Death Guardsman looks out from the observation deck. 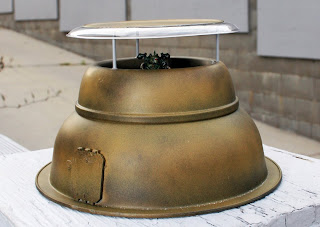 Next, I just hit it with a bit of wash and picked out some details on the hatches. 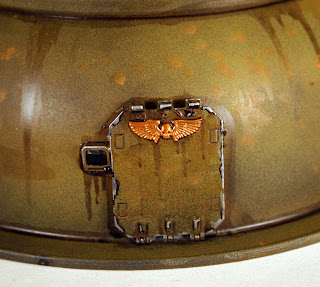 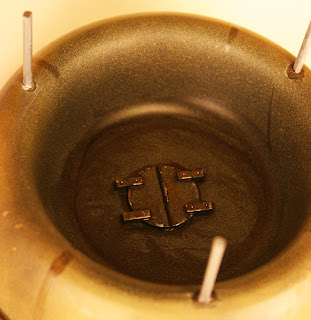 here is the finished glamour shot. 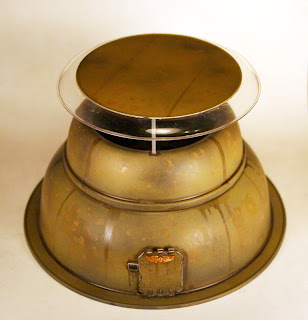 That was about as simple as it gets, it took only a few hours from start to finish (mostly paint drying) and a non gaming friend said it looked like a building from Mos Eisley in Star Wars, so I guess it passed muster.
Hope you like it,
John
Posted by SC John at 8:38 PM

Email ThisBlogThis!Share to TwitterShare to FacebookShare to Pinterest
Labels: terrain, Warhammer on a budget