I think these are done for now, some last details were added and the Secret Weapon bases painted.
First the Captain, leader of the detachment. 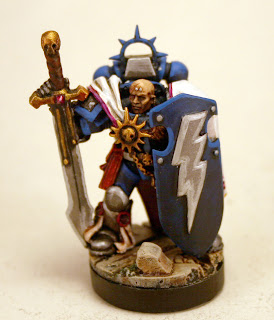 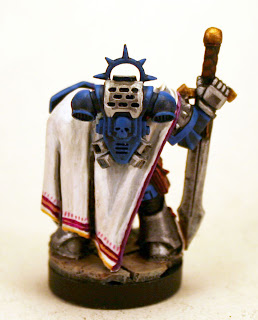 He started life as a metal Dark Angels figure which I removed lots of stuff from with a Dremel tool. The shield was fantasy chaos and then modified to match the chapter symbol. The iron halo was from a plastic servo skull.
Up next is the Land Speeder, shown with most of the weapons mounted and not codex legal. All the weapons are removable, and there is also a heavy bolter. I got rid of some of the fiddly bits and smoothed it out quite a bit. 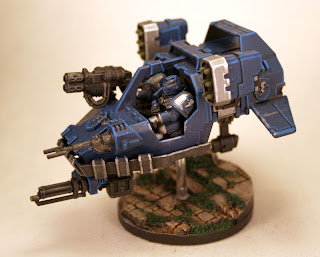 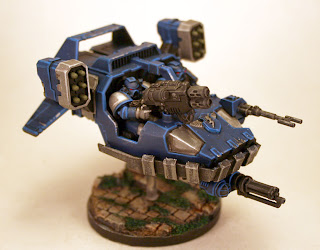 2 models down and plenty to go.
I have also been messing around with some Blood Angels stuff, here is some in progress pics of some Dred. blood talons.
These arms are from the Ironclad Dred. , after steeling these you have plenty left for the Ironclad.
I trimmed off the ribbed part on the right arm, to match the left. 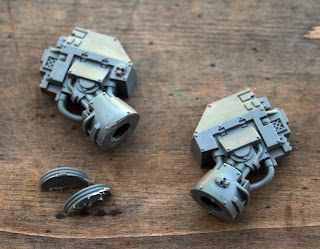 I used these Nid claws from a Gaunt. 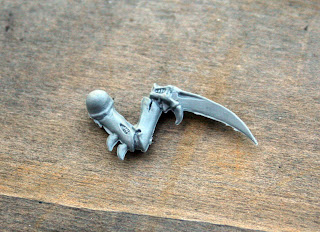 I cast up some fists, but these are the same as the plastic ones. I used a file to notch the fingers to take the claws. 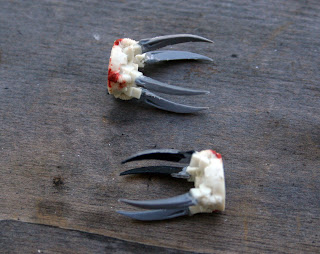 I will fit them to the arms with a little spacer, and they will go to my Death Company Furioso, for some close combat devastation.

last, a test of a Dark Angels assault marine with a new winged jump pack 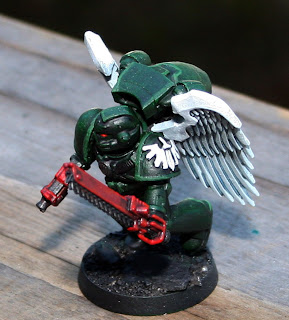 don't hate, I still love them even with a broken codex, and the new Twilight/Blood Angels, emo, sexy vampire trend is fine, but I still dig the original goth, inner struggle of the first angels chapter.
John
Posted by SC John at 3:28 PM