Games Day and Back Again, An Ogre's Tale, Pt.1 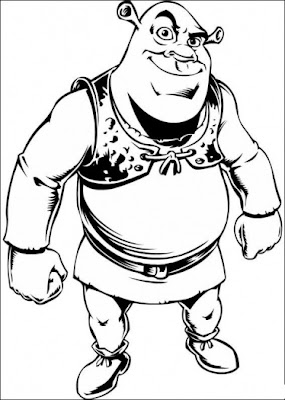 I don't even know where to start...
I had thought of a few different ways to go about posting my adventures, from an Ogre travel guide, to a glimpse inside my broken mind where you too can hear my personal dialog as I fumble through my adventures.
I think I will do both in 2 parts.
You know how every once in a while and usually only when its important, a little voice in your head says something like " did I just say that out loud ?" Well, that little voice pretty much never stops talking to me and if I have caffeine or no sleep, it gets even louder.
Gladly, it never tells me to do horrible things, but it makes comments like an annoying guy sitting behind you in the movies.
My inner dialog will be played by red text. Its' about time.
first some stats.
I never went to Games Day L.A. because it was over 300 miles and too far away.
This weekend I went over 6000 miles in 36 hours to attend Games Day U.S.
8 hours of Games Day not long enough
14 hours on a plane way too long
4 hours of sleep in a hotel what a waste of 70 bucks
1 hour on a train
1 hour on shuttle buses
2 hours in a car
6 hours of hell in the Atlanta Airport never go back here, ever no matter what
Inspired by the Storm Wardens Project, I decided a bit late in the game, that I would go for it, and ride the Storm Wardens snowball to its conclusion in Baltimore.
I wish Mike could have come with, but I went it alone, with a minimum of gear, figure case camera bag, change of underwear and socks.
Airplanes are small and uncomfortable and ogres don't do so well in confined spaces, if you have to fly, follow these guidelines to make it as tolerable as possible.
Ogres Guide to Air Travel
Tip #1 Book seats in advance, get the window on the emergency exit row over the wing, you know it's going to be miserable, at least you can stretch your legs out.
Tip #2 print your boarding pass as early as possible to be in the first group to go on the plane. I was able to do it 24 hours in advance, and was the first group on the plane every time.
Tip #3 hit the bathroom as close as you can before boarding the plane, and use the handicapped stalls. More room for the bag and no one bangs on the door and tells you to hurry up, you do not want to have to get up from your seat for anything.
Tip #4 put everything in one worthless looking carry on bag. my minis transport case and camera bag both fit in a beat up old army duffel bag, it looks like I am a homeless guy looking for a place to wash my laundry and have nothing to steal, also leaves a hand free and keeps everything together.
Tip #5 wear pants and a loose fitting long sleeve shirt, deodorant and baby powder. its bad enough that some poor bastard is going to be smashed in a seat for hours next to you, at least you will not smell and be damp.
Tip #6 buy food with caution, don't rely on the plane. pick up something in the terminal that is prepared hot like a grilled ham and cheese sandwich, no produce, especially no onions.
Tip #7 bring head phones even if you don't listen to anything no one will try to talk to you, its like a hotel do not disturb sign.
Without going into the details of the travel, I arrived in Baltimore at 3am
Tip #8 book a cheap motel near the airport that has a 24hr shuttle bus, and continental breakfast. 70 bucks for 4 hours of sleep might seem like a waste but I got picked up from the airport and dropped at the train and a shower and all the free drinks and breakfast I could eat.
Next up will be the Games Day report.
John
Posted by SC John at 4:11 PM