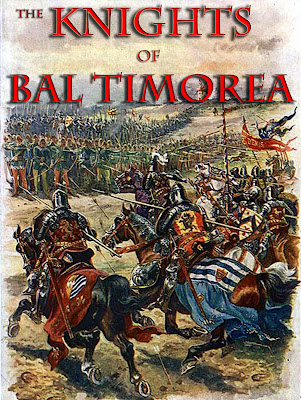 Here's some progress on the horse. I totally MESSED up my version of the decals, mostly because I tried it with clear decal paper which seems totally useless to me. I needed the paper with the white background but our local stores don't sell this, only on order, so no help there. I created this file in photoshop and printed it on the paper, glossed it with hardcoat, but when I put it on, I couldn't see it! 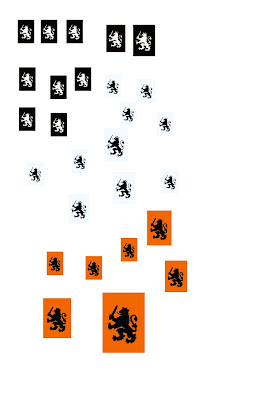 It is still a good way to make your own decals, using google images and some photoshop. Just make sure the resolution of the masterfile (size of your decalsheet) is the same as the little images your drop in.
Anyway, moving on, I decided to paint the 4 shields: 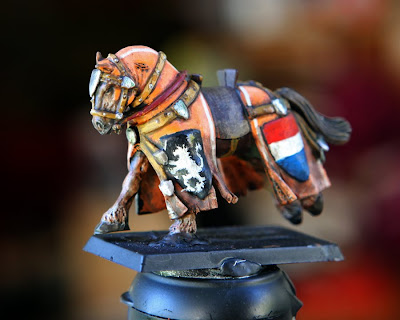 Black with White Lion and Red White and Blue: flag of my country of birth: the Netherlands
The other side: 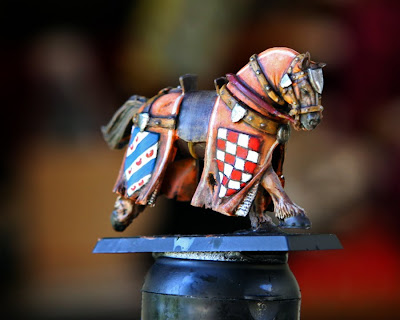 Red harts with Blue Stripes: flag of the Dutch Province Friesland, where my family's roots are. I did taken creative liberty with the angle of the stripes, I like them better pointing towards the rider instead the orginal position as seen in the flag: 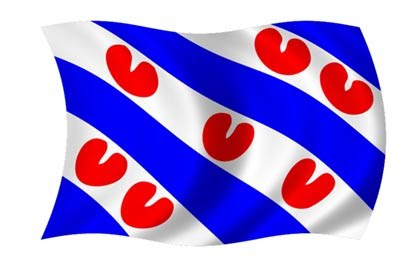 Red and White blocks: flag of the Dutch Province of Brabant, where I finished college and lived with my wife, before moving to the States. 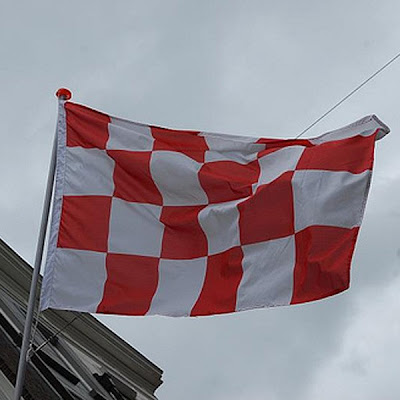 All in all, it's really fun to make the knight fight for the places and lands that you come from, it made me a little sentimental...
The lion looks like crap, but I don't have any decals for it.
Next up: the Knight!
Mike
Posted by SC Mike at 8:08 AM