I finished the Chaos Hell cannon crews for both Cannons. In the picture above you can see the final models, color coded in green and red. The cannons have those base colors and I thought it would be cool to code the models as well. Let's run through the last models of this set.
the Red Sorcerer 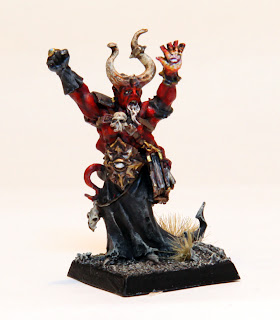 This is the Games Day 2010 model. I like him in red a lot. I worked hard on the hand with eye, but only after I snipped off his fingers on accident, removing flash...
The Red Dwarf 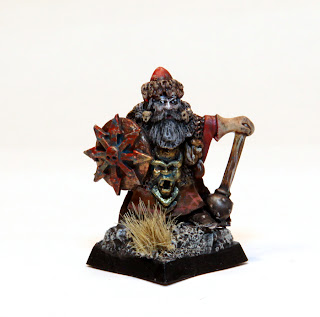 This is a very old Grenadier model. I added the chaos star. Never throw away old models, you never know when you need them
The Green Sorceress 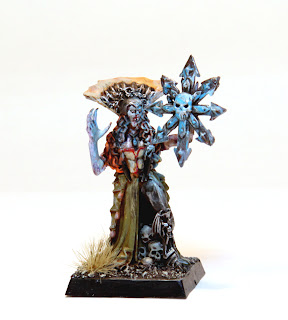 The vampire countes with added star. This one looks like s@#%t but only after I tried the lighting effect. Before I added the blue, she looked great, but I messed it up...and i don't want to revisit her.
The green Dwarf 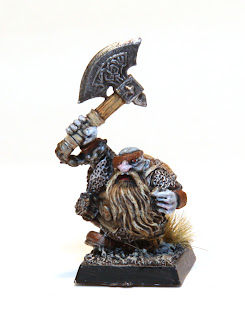 An old pegleg metal dwarf. A great model and I am very pleased with the pale paintjob. I did add a little red to the nose.
And here is your green team: 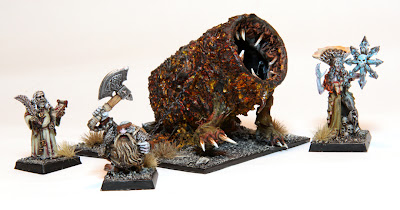 And here's the red team

They will certainly cause mayhem on the battlefield.
Here's is a link to the making of these models with all the Hell cannon posts in one go.
Mike
Posted by SC Mike at 7:33 AM