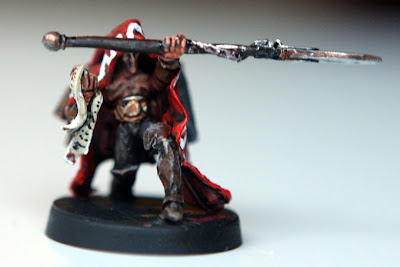 I wasn't completely satisfied with the 1st slave that I made as a lance bearer for Brother Priad (link to that post here)
I messed up his hands using too much glue and accelerator, so I had to give it one more try. I used another old Wood Elf Wardancer that I completely tore up and reshaped. 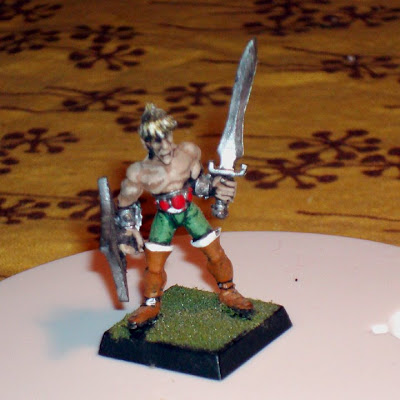 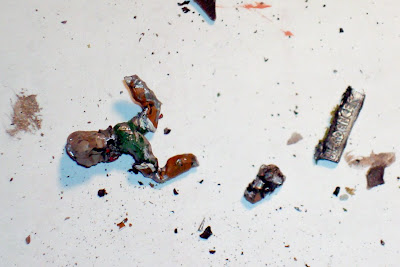 Then I made a large cape out of Green Stuff to hide some of the flaws of my conversion. I do like the cape and it does fit the timidness of the slaves. 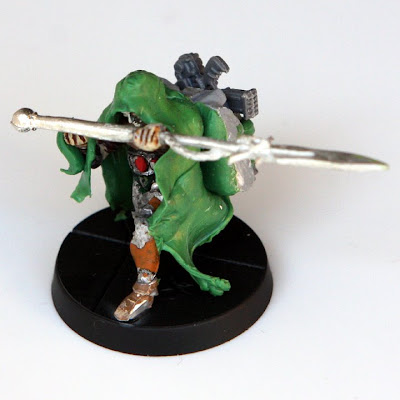 Both his arms came from a Wood Elf Glade Guard. I definitely wanted him to have one hand outstretched ready to offer the lance, the other hand holds a prayer scroll that I made of of green stuff. I think that came out pretty nicely. 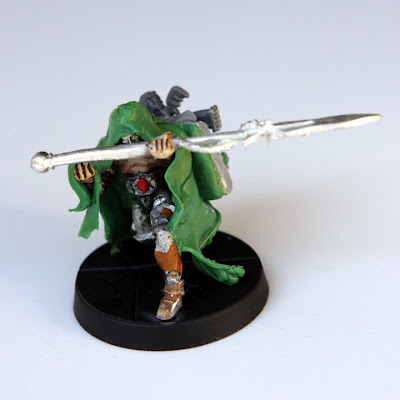 On the back I used another IG back pack, this time with a spare bolter attached. 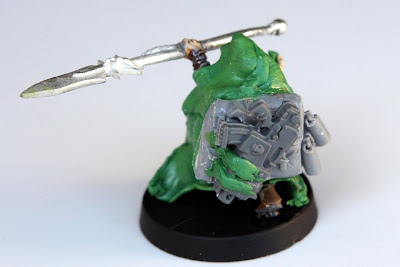 On to the painted model. Using a similar color scheme as with his other one, I finished him up in a modest way, making sure to have the bright cape contrast with the muted colors of his garments. 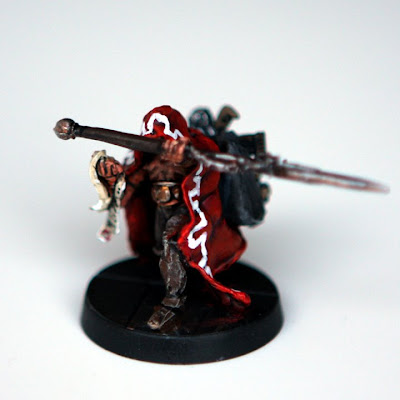 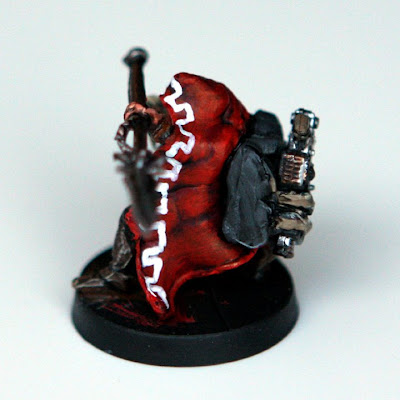 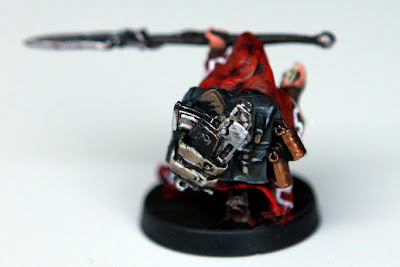 On the prayer scroll I tried to give the illusion that the first letter of that prayer was richly ornamented , hence the colored letter. But it is really small and I am not a master painter. 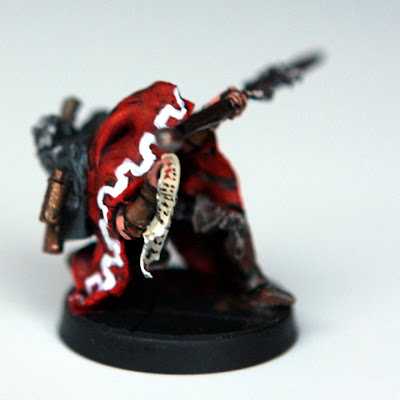 Anyway, here he is offering a lance to Priad. 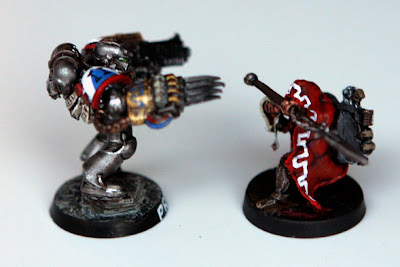 I know that on the battlefield these guys will probably wear a more sturdy outfit, but in the end this game is about drama, not about realism. It was really fun to do these two slaves. Just need to finish his base..

Now everyone read that book!
Mike
Posted by SC Mike at 9:24 PM