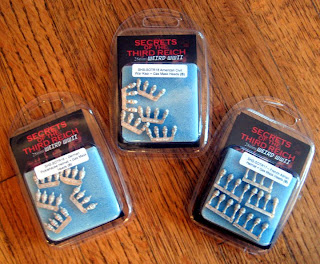 As you may know I am using West Wind's British helmet with gas mask for my Ardwick 23rdImperial Guard troops, and I am very happy with them.
Wendy at West Wind Productions was kind enough to send us a few of their new gas mask head packs to preview, these are not on the website yet as they are not yet released, and will be available shortly.
These are part of West Wind's Secrets of the Third Reich line of miniatures, there is some interesting figures in the line including some that would make some great female Commissars and cultists. The packs we received are also part of the SHS or Separate Head System of heads which are perfect for converting 28mm minis. Each pack pack comes with 20 heads and is very reasonably priced at 3.50 pounds, which is about $5.00.
They also have other SHS sets for historical minis, I like the Brit para beret heads for guardsmen.
We received SHS-SOTR16 Picklehaube Helmet + Gas Mask Heads, 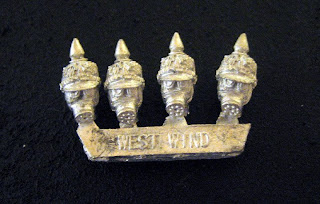 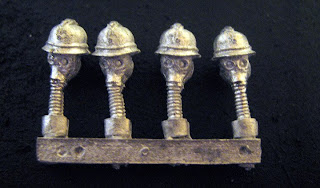 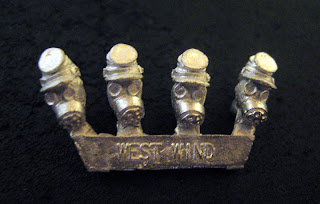 As you can see this is some interesting stuff for headswapping. I think they would make great conversion pieces for a Death Korps army.
Mike has built some IG veteran flamers with the new heads for his Bishkek 2nd Desert Army. 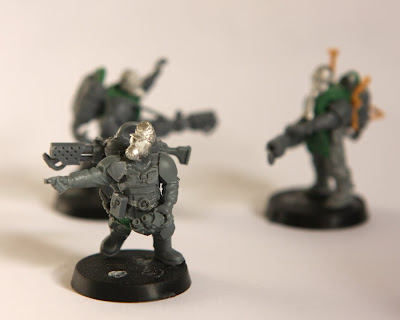 "I used all three heads in these veteran squads, fully well realizing they are very different. But who cares? These guys have been in battle for a long time and are allowed by the commander to use the equipment they like best. As long as they get the job done!
I did sculpt some synthetic protective harnasses that give them protection from the intense heat. 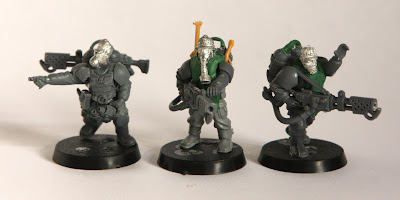 The model on the left has his flamer in a contraption that let's him carry it around on his back. The body, which has a more bulky armour is actually from one of the gunners of the Valkyrie kit. Of the German head I snipped off the spike, that was going too far for my Bishkek 2ndDesert Amry 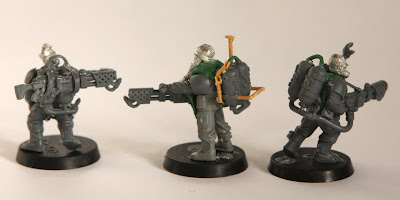 The bases are not final, I am going to use 3 resin bases that you can see when all of them are painted. For now this is easier to hold them when I am painting."
Mike 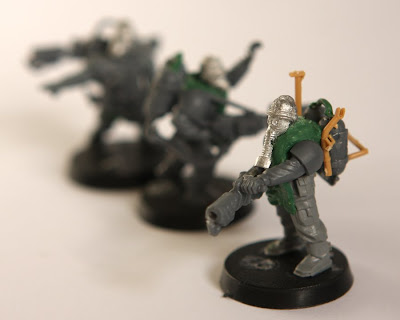 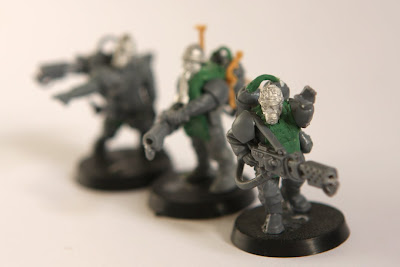 I will also be using them on some new models and posting them here soon.
In a couple of weeks we will be doing our 4th Give Away with these heads and we will be sending these off to some lucky readers for free and before the rest of the world gets a chance to buy them.
John
Posted by SC John at 12:00 PM