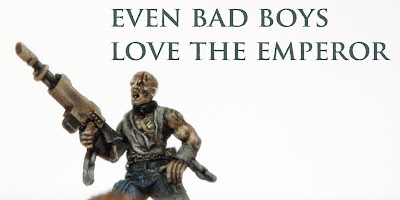 My second post on the Penal Squad was going to be about finishing the paintjob on these bad boys, but I decided to enter them in a local painting competition, so they are sitting in a glass case in the store called Game Alot in Santa Cruz, waiting for a new chance to serve the emperor.

More detailed images after this is done, which will be after April 17th.
In the meantime, just for fun, I decided to give them a ride.... 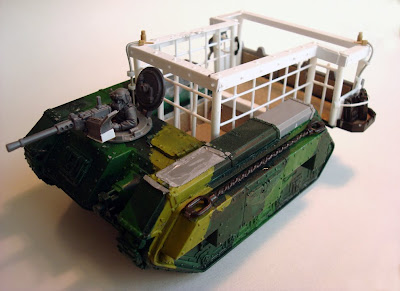 That's right, these guys get their own, customized ride with extra fortified rebar. 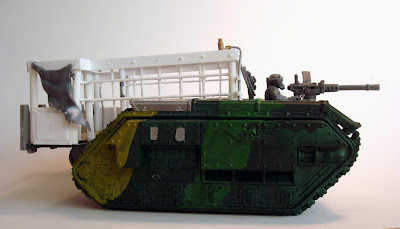 For the floor I used plastic card with metal design, and for the rest I just kind of slapped it together. The vehicle itself came from a trade on the barter bucket a while back. 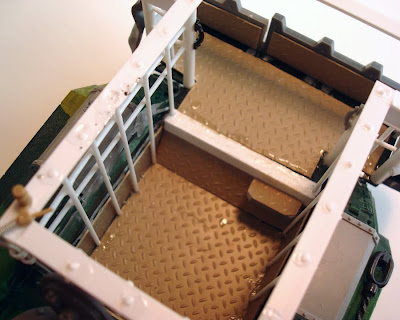 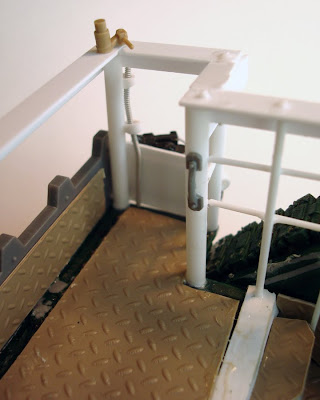 The little power cables feed the lasers that sense movement above the roofline. If one of them tries to escape, the laser shoots out a painfully hot beam that will teach the victim not to try that again. The only way out is the back AND only when the handler says it's time. 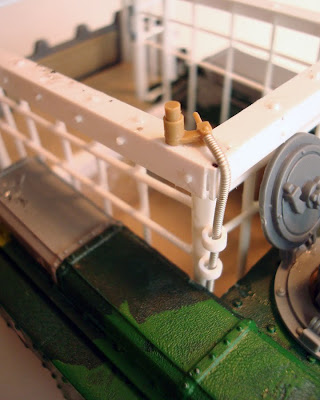 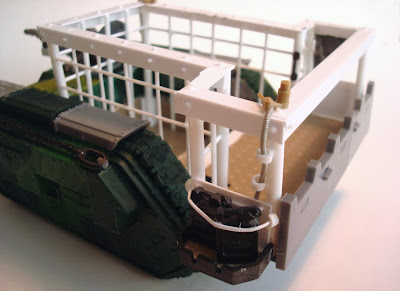 I don't really know if the Penal Squads are allowed a vehicle, doesn't really say in the codex, but I would have built it anyway. Does anyone know for sure what the rules are for this unit with transports?
Hope this inspires!
Mike
Posted by SC Mike at 7:22 PM