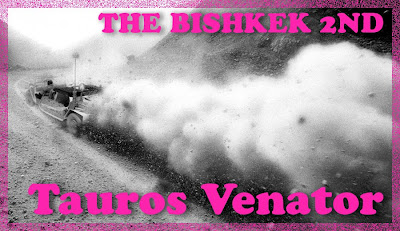 I have been able to do some more work on the Venator, building it up with details that make it more real.
Here's a mocked up version of the finished build. The lasgun-to-battery connection can not be put together before painting, so the gun is sitting a big higher then what it will be in the end. You get the idea.
I added lots of jerry cans since this is a scout vehicle and should be able to be in the field for a long time. It built a side compartment for it, using dental floss for holding bands. 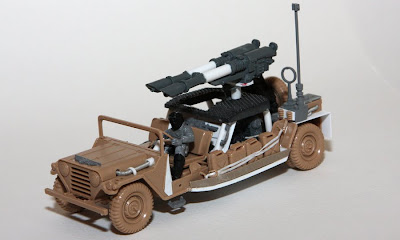 Here's a closer look at the driver. He is kitbashed from 3 or 4 different parts, the head is a resin desert head from the Santa Cruz Warhammer model line, something John has been working on for my army. Notice the little foot step, little details make it fun. 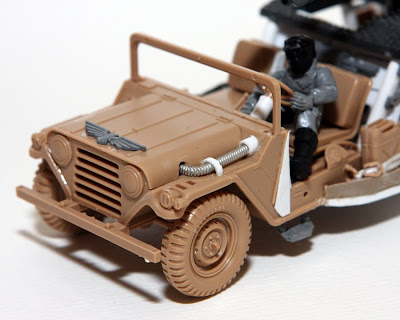 Here's the drivers compartment sans driver. I had to rebuild the steering section and bring it closer to the driver, the 1/35 scale being a little big for our little guy. And in the passenger side: more gasoline! 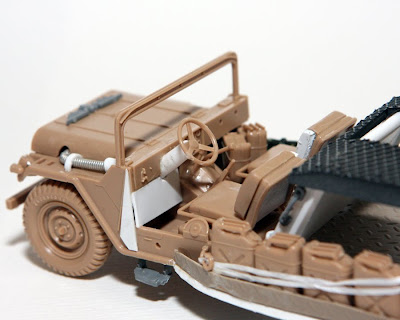 Here's the back of the on board voxcaster with the double wide back fenders and more gasoline. i also added a tow hook. The guy in the back is a Tallarn Heavy Bolter team helper, who is looking out, holding on and looking out. 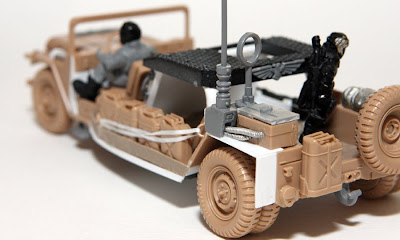 Here he is. Also note some regular details like blankets and shovels. Don't just put them on because, try to find logical spots for them. 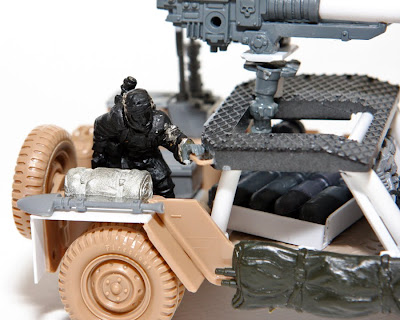 The big blanket on the side is a camo screen that is attached to the frame of the vehicle and can be pulled over the entire armament by a team of two in a matter of minutes. it's an old bit from a Tamiya M113 (1/35) 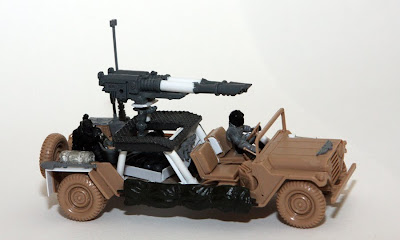 Ending on a interesting note: here's a desert vehicle Navy Seals use; its called the DPV..see where Forgeworld gets their ideas? 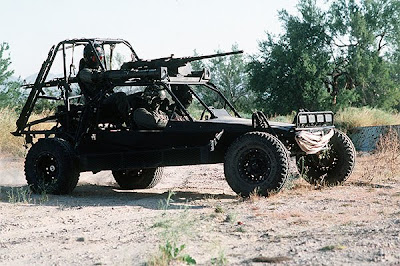 Didn't get that email with the rules for the Tauros Venator...didn't anyone buy that new book yet?
For you late comers: here's Part 1 of this series
Mike
Posted by SC Mike at 10:46 PM