Posted by SC Mike on December 16, 2007
Here's an big 'un in mega armor. Since he looked to really control his surroundings, I wanted to model that look by having him stand on a defeated enemy; in this case the ripped off part of a Tyranid. 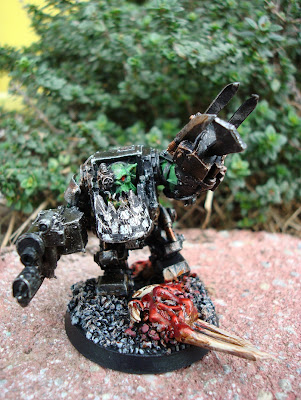 I modelled some muscles on the back of the Tyranid arm, just to make it look real. 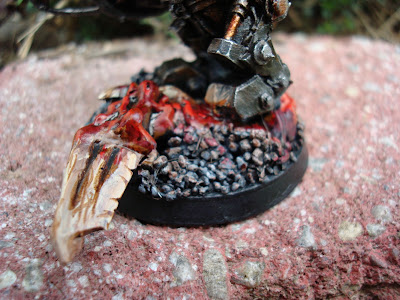 I am not into blood on models and I tried to do it realisticly but modestly. 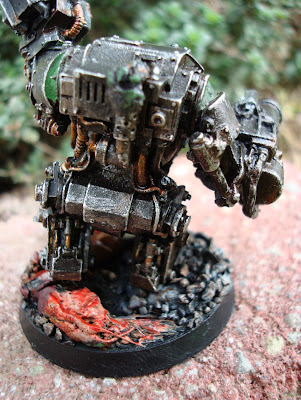 I also used a bit of steel wool to shine up this guy, instead of drybrushing with silver, I brushed all his edges. His mouth guard I scratched up good to make it look really worn. Pretty simple stuff, but real effective when it's done 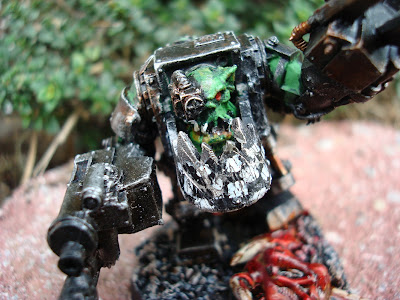