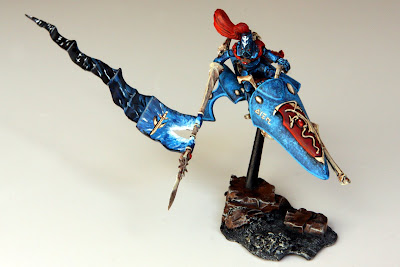 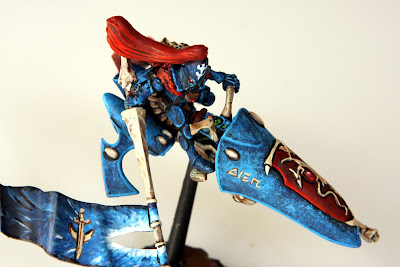 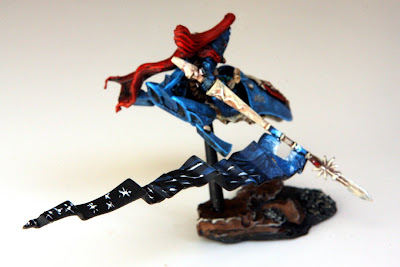 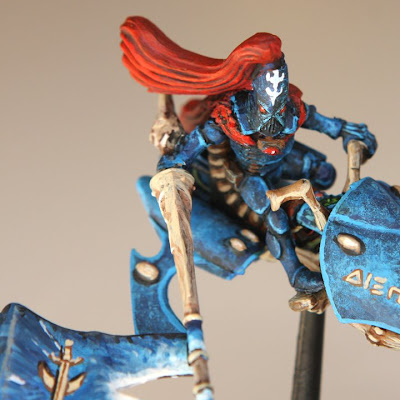 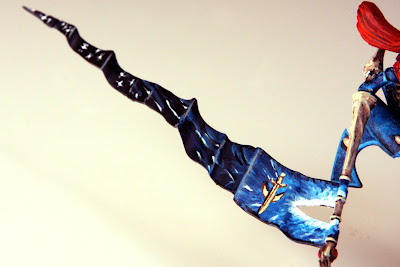 I do think this guy looks a little flashy, but without the drama there wouldn't be any Warhammer. I am convinced the galaxy is filled with amazingly talented heroes that can kill the enemy while sporting there sacred banner.
This contest is great fun and being quite competitive, I was on it like a bloodhound but now it's done, I am kind of relieved. In the end the process is always more fun than the end result...
Next post it is back to the Iron Snakes..
Mike
Eldar