From the Closet: Skaw the Falconer

Posted by SC Mike on November 19, 2008
From the closet is a new series about old and forgotten models in my garage and closet.
Soon after I started playing Wood Elves I stumbled upon an obscure character for that army that was all but forgotten: Skaw the Falconer. There was no model for it but at the time that WAS a page hidden on the old GW website with his story and stats. I found that page on the Australian site, which has not yet been overhauled. The link to that page is here.
If you look at the picture though, it's hard to believe they could ever think Skaw would have looked like that: young, handsome and with the real dandy pants. 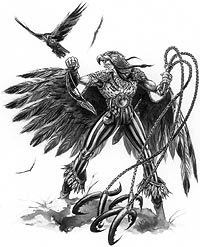 The story outlined him as a grumpy, bitter and non talkative elf, who doesn't want to connect at all with his brethren in the forest. 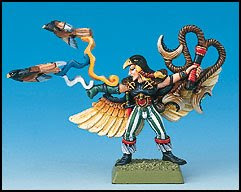 This model here I found on the web, but I couldn't find out if its a GW model, maybe someone can tell me. (Nicely painted though and thanks for sharing).
So when I decided to model Skaw, I tried to make him as dark and gloomy as possible. I used a mounted wood elf lord and green stuffed a cape around him, to hide the leg problem. 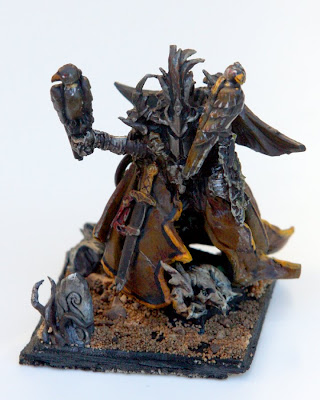 Then I used birds from some old Bretonnian sprues... 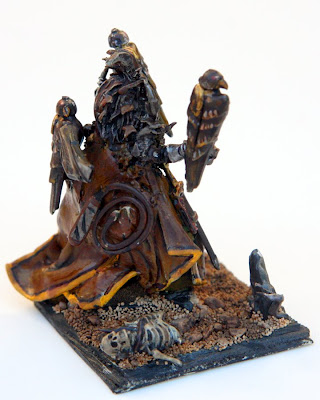 and painted it up nice and dark, with lots of skulls around him. You can see the wip that I made, it has lost it's claws that were glued onto the end. Mind you, this is an old project and it hasn't seen the light of day in years. Still, looking at it I still like him. 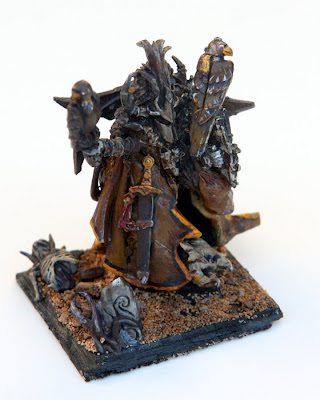 Oh, by the way, I have only played once with him and he was totally devastating. 7 attacks, 24 inch range, high strength..we never played with him again, just a little too cheesy. But if you want to win your games, Skaw would be a great model to shock your opponent with. And he is fun to model.
Mike
fantasy Wood Elves