Check out these really cool bases! 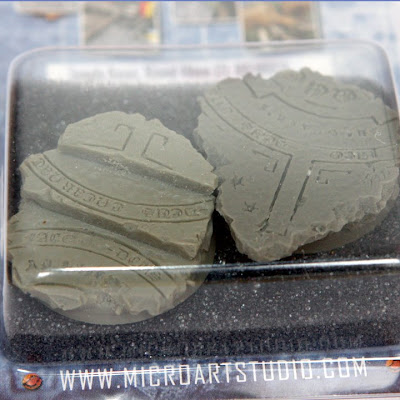 So a few weeks ago John, our buddy Christian and I went to the GameKastle, a very cool gaming store in San Jose. They have so many different models, I can easily spend 3 or 4 hours there browsing through all their stuff, thinking up cool conversions or using models for my different armies. One of the things I bought that night were some blisters with bases. They come from Poland and are made by Micro Arts. These guys make all kinds of resin bases for different terrain. I decided on 3 different ones that I will share with you.
1. 25 mm urban rubble bases. They kind of look like eldar rubble. Here are they unpainted.. 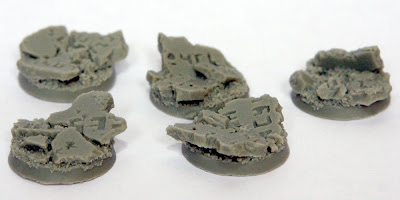 here is an example what you can achieve with them.. 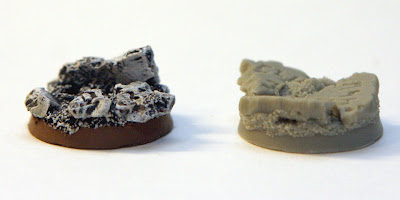 Here is my scout, using the rubble on the model and blending it with the resin base, using a little green stuff. 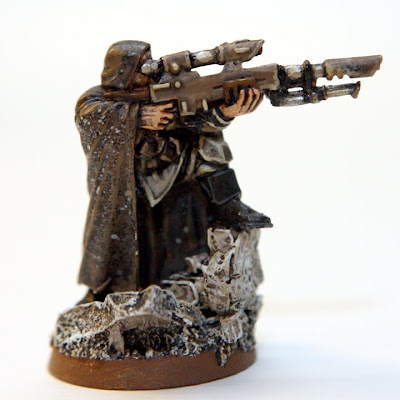 The bases are not flat and it takes a little while to position a model nicely, on this scout I had to bend down the tip of the cape to make it look realistic. 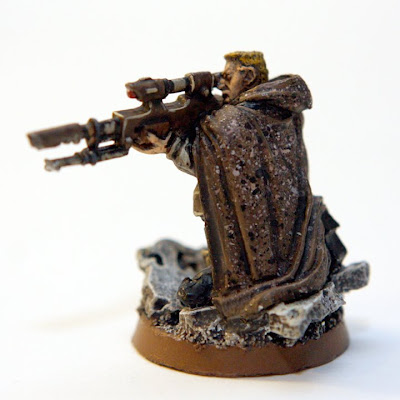 2. 40 mm temple bases. I think these are my favorite ones. Just imagine putting an Ork Warboss on this or some Terminators. Very nice sculpt indeed. 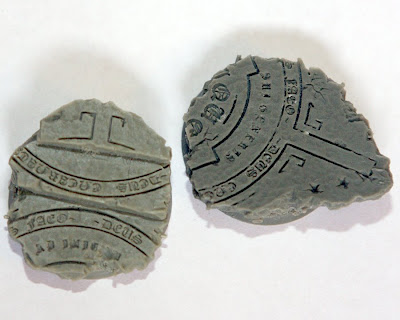 3. 60 mm industrial rubble. This one is made for a Def Dred! 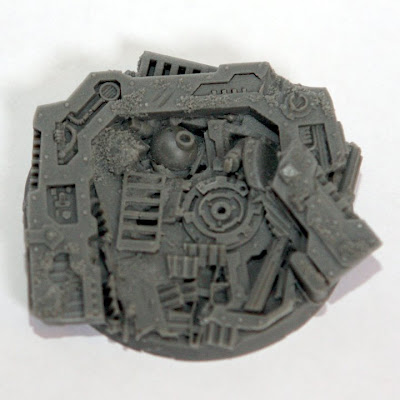 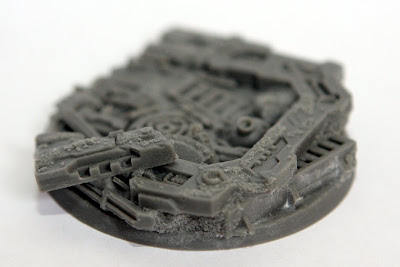 The blisters were about 6.50 a piece, so not too cheap. And, yes, I know we can all make these ourselves. But it is such a joy to base a model on a nice resin base, I really enjoy working with them. 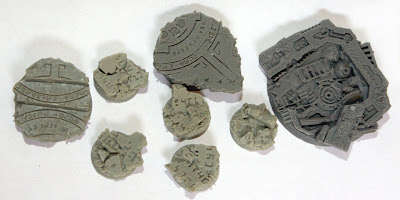 Miniature Arts has an excellent website where they have a lot of very cool sculpts, including some Orks with Gasmasks. They accept PayPal. I placed an order for some more stuff a while ago but haven't received it yet, it was about two weeks ago....I am a little disappointed about that. When it does come in I will let you all know.
NOTE, added later: I received my models a day after this post went live. Good Job shipping!
One more thing: I don't understand why GW would not create a bunch of nice bases, it seems like they would sell of lot of those...I really like their basing set. Does anyone have any ideas why GW doesn't sell those?
Mike
Later Added!
One of our readers, Dragon Forge commented this on this article. I will put it in the post, as I am not sure how many readers check out the comments:
As someone who has cast over 25,000 resin bases in the last year I can tell you why GW/Forgeworld doesn't do more resin base stuff..there no money in it compared to casting big tanks and vehicles. The profit margin is way higher for the same amount of labor.
They did the basin kits about a year ago which included small resin bits and those were made in China.
Thanks for that comment and I invite people to check out Dragon Forge's work, go to www.dragonforge.com
Maybe we can do a review of this stuff once I find it somewhere.
M
reviews