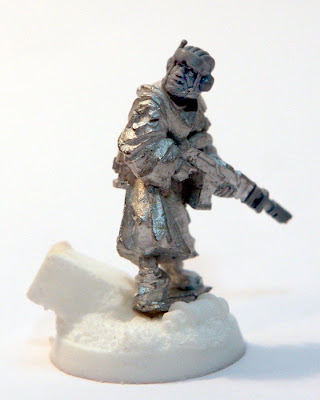 I am always on the lookout for ways to model my Warhammer and 40K armies in a more creative way; a while ago I bought some Pig Iron Feral Pack models. At first glance they look like Traitor Guard, but when you look past that, there are plenty of opportunities to use these models for your loyal Guard.
I used this guy, he is on the left. I just used his body, and part of this gun. 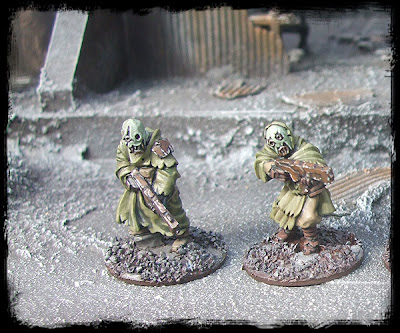 What's interesting to me, is that by positioning the Guardhead (from the Valkyrie box) so the model looks back instead of forward, it brings a lot of motion to the whole thing. Kind of like he was moving forward when someone called out to him from the second story of a building... 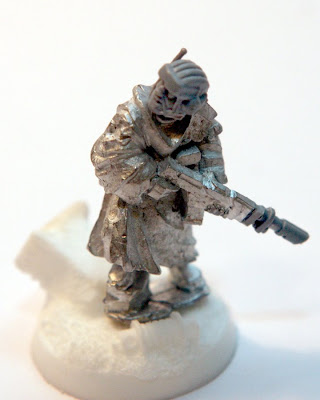 Anyway, adding the lasgun was easy, just letting you know it came from those really big IG backpacks that have the lasguns on the back. You don't have to waste a complete gun for this conversion. 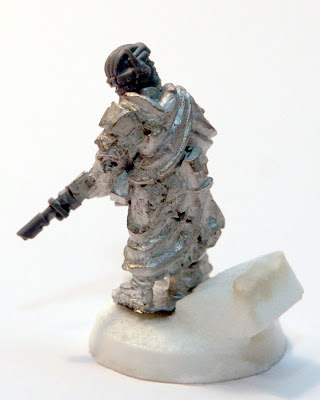 And here he is painted up. 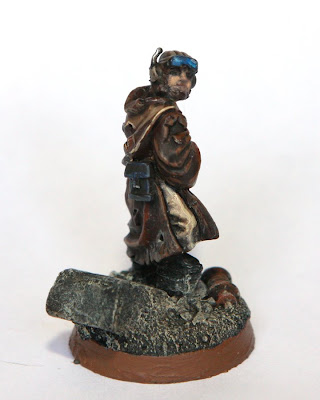 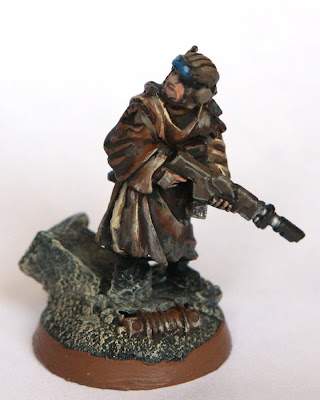 I see this as a very experienced fighter, using any and all clothing to dissapear into the surroundings. I am modeling soldiers from the Bishkek 2nd, which is fighting in a desert-like, occupied world. He might be a veteran or just an IG soldier who has been fighting for a long time.. 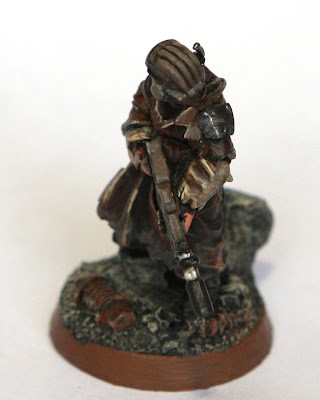 This base is from Back2base-ix and looks excellent when painted in this gloomy fashion. 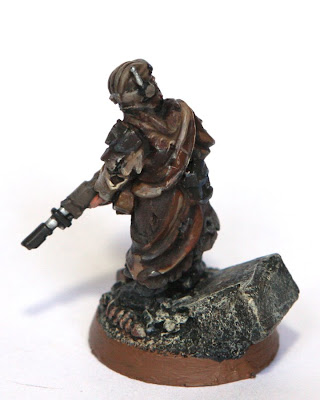 Great news for all you readers! Pig Iron was so kind to send us two squads of their models to give away for FREE. That is wonderful news for those of you who like to be creative with the hobby. Before we do the give away, John is going to do a small project on Pig Iron early next week; at the end of the week we will do the GIVEAWAY, this time we will have TWO prizes!. Check back later and in the meantime support all the wonderfully creative, little and ambitious companies around! Be inspired!
Mike
Bishkek 2nd Imperial Guard