This Ork flies with a brand spankin' new jetpack! 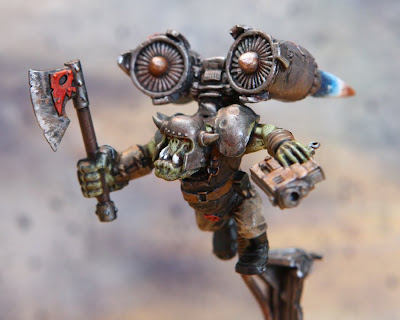 Allright he doesn't really fly, but it looks like it...right? Anyway I picked up some bitz from Max Mini and played around for an evening or so building a Rokkit Boy with base. Here's what I did.
The Jetpack is the one from Max Mini. It not too cheap but it looks really, really cool. At first I was going to use it for a Chaos Raptor or Iron Snake Space Marine, but the pack is too big for that. Then I figured a Rokkit Boy should work out better size wise, and it did! I really like the way the Jet Pack looks Orky and at the same time not too outragously defunct, it's a really fun design. 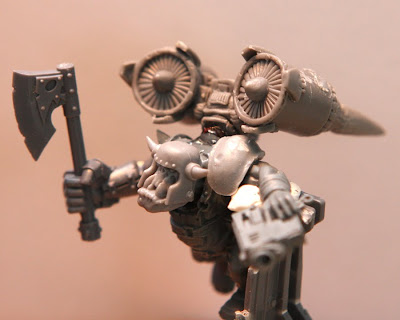 I built him up using a plain old Ork from the introductory battleset. I modified his arms a little and did use a Black Orc axe arm. 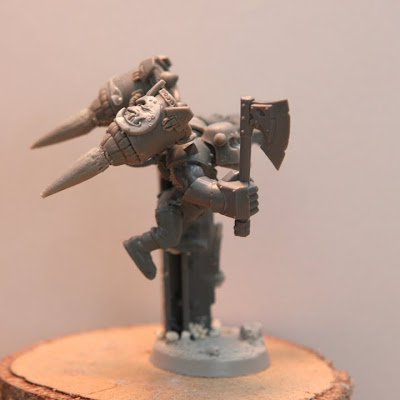 Here is another picture. 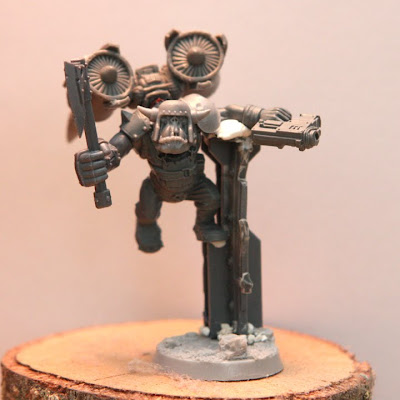 But by the time I was painting I wanted him to really fly, not lean. It was too passive and I couldn't make that work with the flames from his Jet Pack. So I used guitar string and made him fly, taking my time to balance him so he wouldn't fall over. 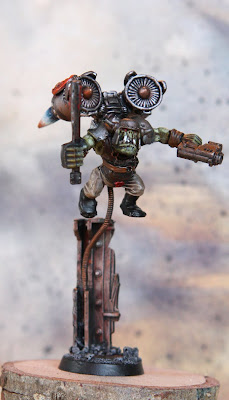 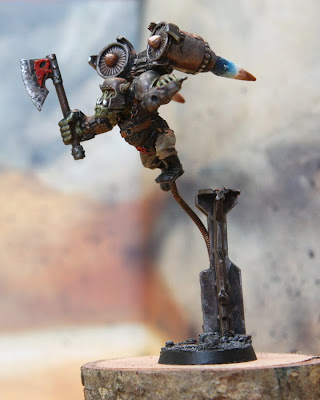 Painting was straightforward, except for one thing: the jet flames. The Jetpack from Max Mini comes with those flames, which is fun. I went online to view some real life jet flames and based my color scheme on that. 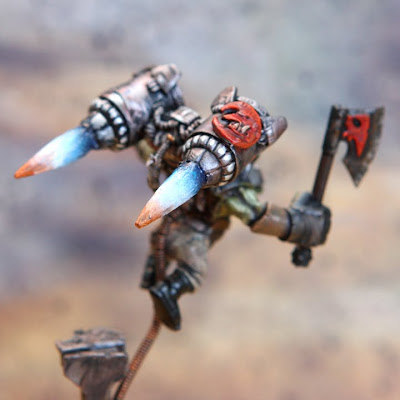 Photography wise: as a background I used Frank Millers 300 hardcover comic album. The first 2 and last 2 pages have incredible backgrounds that worked out well for this guy. And yes I bounced the flash to the ceiling to create separation from the background. 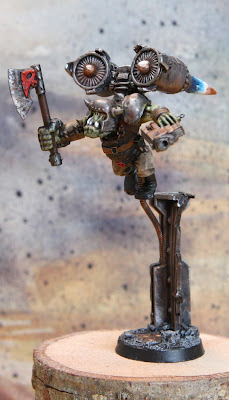 Hope this inspires!
Mike
Posted by SC Mike at 11:36 PM