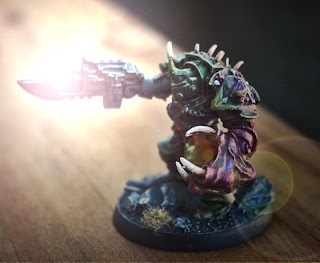 After seeing the great resin models by Fenryll , Mike and I both bought a few to check out and use in some conversions.
You may remember Mike's Nurgle Daemon Prince, and I bought some Lust Demons to use as Demonettes. I think they are way hotter than GWs ( even the older ones )
Well as we tend to do when we find a product we like, we asked the folks at Fenryll if they would like to take part in a Santa Cruz Warhammer review and give away, and they were kind enough to send us a box of goodies to check out and give away to some lucky readers.
At first glance the Fenryll line seems to be mostly Fantasy based, but if you take a look around you will find great stuff that can be used very nicely in the 40k universe. 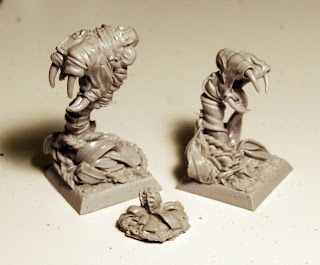 One of the packs sent to us was a pack of "Carnivorous Plants", as they come out of the box they would make a great addition to a jungle themed diorama or even could be added to a large jungle base. But I decided to try and use them in a conversion.
The models are resin and do need a bit of cleanup before using, the castings are very detailed, but there will be some flash and sprue from the venting to remove, I also did a little file work to take of some slight mold lines.
I will not be wasting any of this pack. I will uses the large model for a Dreadnought fist , the smaller in this terminator claw conversion the small part will go on a Catachan base, and the square bases that are left over from the claw conversions will be used as fantasy bases for some lizardmen models, so I don't feel too bad about cutting them up, as it will all find new homes.

I decided to redo an older Forgeworld Nurgle Deathguard Terminator conversion, as I was not too happy with the paint, and it would give me a chance to improve on the model.
I added the plant /arm and used some of the larger slate from the new basing set. ( which is great by the way) and I added some texture to the model by gluing some sand on to some spots of the plastic terminator legs and arms. 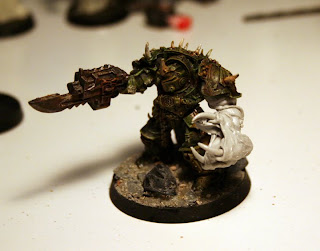 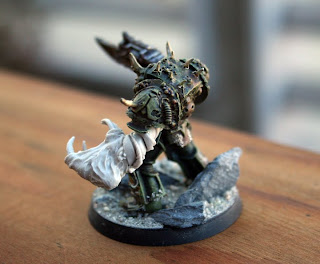 Then I primed and painted the model with lots of washes to add more color and depth. 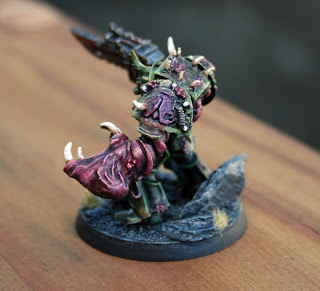 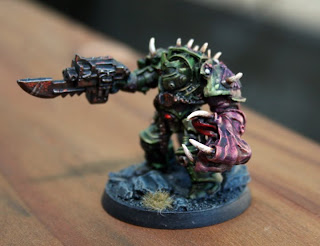 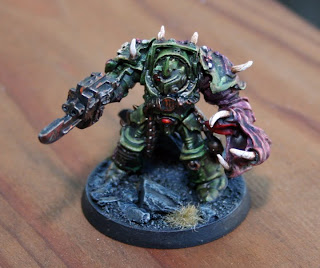 In the following shot you can see some of the added sand texture on the butt plate and leg .I think it really helps tie in the non forgeworld stuff to the rest of the model. 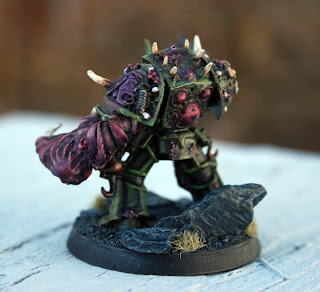 Stay tuned for an update on the rest of the parts from this pack, and the Fenryll giveaway!
John
Death Guard Fenryll modeling tips nurgle