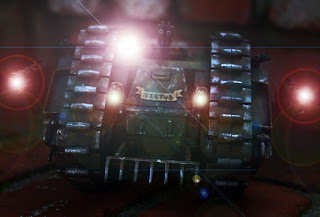 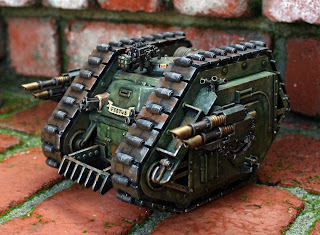 You can check out the build in the last post here.
I named it Festus, which is kind of a joke, it's Latin for festive , joyful, or merry. There was also a Saint Festus, one of seven martyred Deacons who where condemned to be killed by wild bears but when thrown to the beasts, the animals fell affectionately at their feet and refused to harm them, after that the Saints were decapitated. 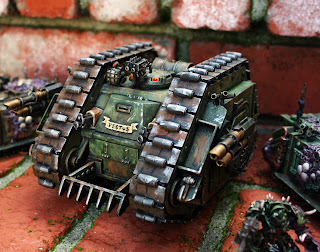 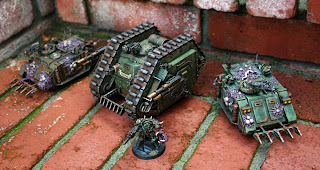 I think it looks good with the OOP MKI Rhinos that I am using for my Death Guard, the mottled green paint seems to tie them together even though I didn't sculpt all the Nurgley stuff on it. 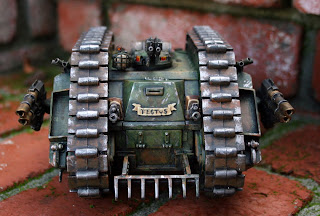 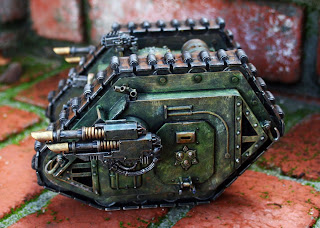 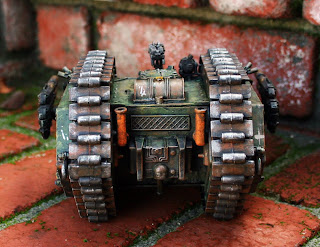 I should have probably took the time to fill the seams on the tracks, but I just didn't, if it bothers me too much I can fix it later.
John
Chaos Death Guard nurgle