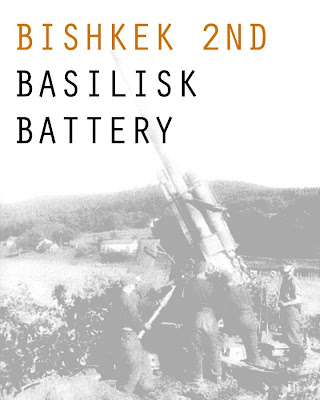 I have made some good progress on the Bishkek 2nd Basilisk Battery. First, let me show again the image (from 1945) that inspired me: 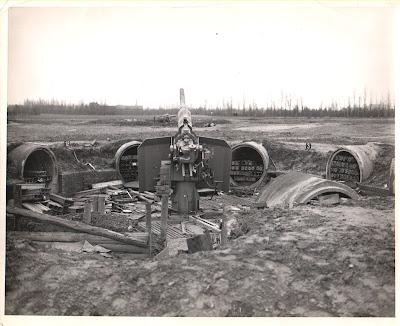 Ok, with that in mind my first task was to single out the gun and platform and separate it from the tank. That looks like this: 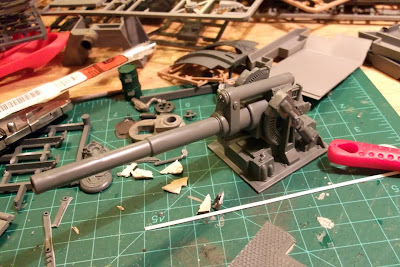 Then I needed to create a rotating mechanism to make it swivel. The finished base will have a static platform, where I can put the gun in and out and turn it where ever I want. I made the rotating part like this: 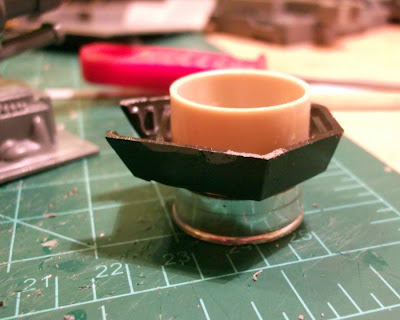 a couple of old bits (rims of a truck) and a Chimera turret. I glued the rims together but not to the turret, really simple stuff. It works perfectly. 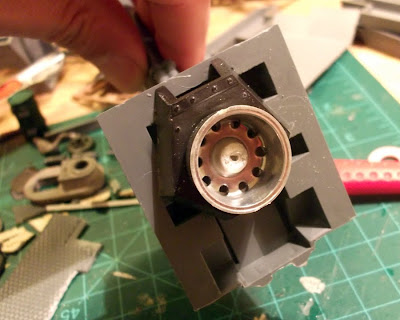 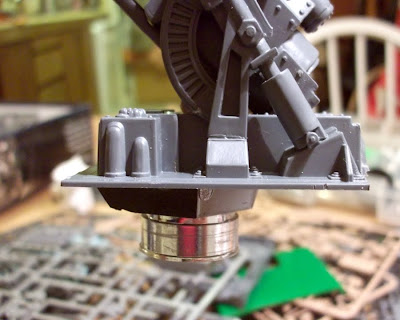 I added some plastic card rim to the square, just to be able to give it some texture when comes painting time. I am planning to detail it out a bit more, but remember, a lot of it will be covered by the protective shield in front. 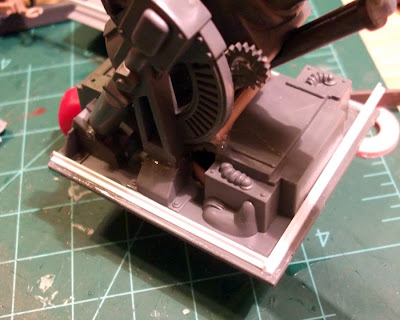 The back of the basilisk gun, where the shells go in, has a closed lid. But I wanted it to be open, so some guys can arm it. But with the hinge being on the side, I can't keep the lid open and move the gun in the highest position at the same time; there is not enough room at the bottom for the lid to stay open. I noticed that the Forgeworld Basilisk Battery has the lid attached from the top like here (look closely at the back of the gun barrel): 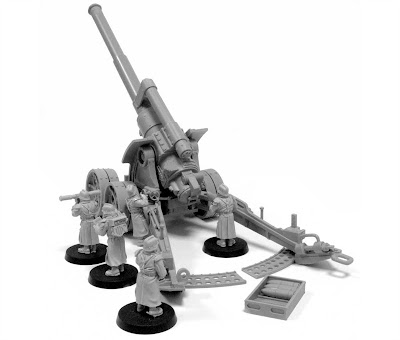 So I created a hinge and mounted the lid up top. Now I can move the gun up and down the whole way. 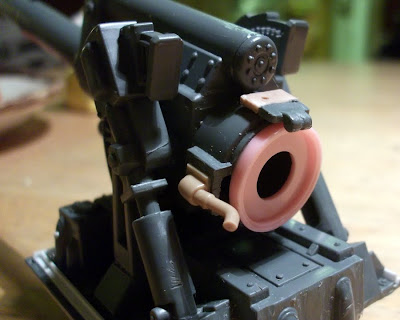 I struggled for a while with the platform, in the 1945 image they buried the bottom part, but I wanted to show (some of) it. So I glued three dozerblade holders together at a slight angle. I measured to make sure the size of the middle was large enough for the rotating rims. 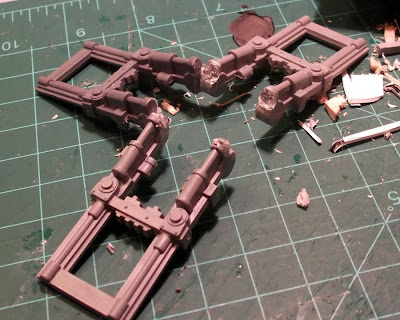 Now I can put it in and take it out no problem. 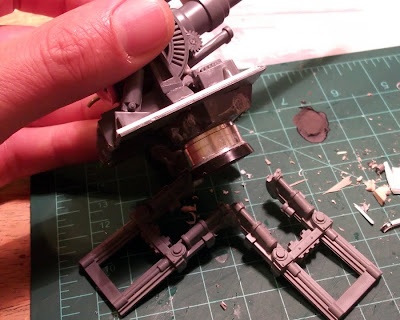 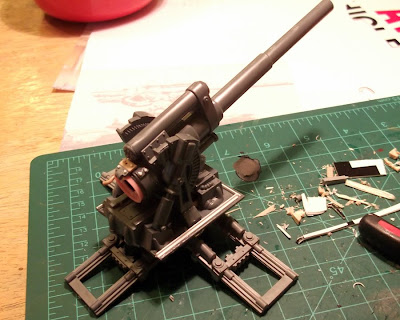 I want to leave you with an interesting picture from the German Afrika Korps. Very much like the Imperial Guard.. 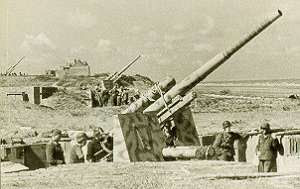