Posted by SC John on December 12, 2010
Well here he is, I am not going to say he's done, but he's close. He's going to see table top service and not bound for the display case, so quick and dirty will do.
The base is a Micro Arts Studio resin "Shale" and I like it as its a bit taller than the ones the rest of the troops get, the Termie Chaplain got one as well.
Four hours of painting, and he's close enough.
The pics were taken in low light, the robes are not really that white. 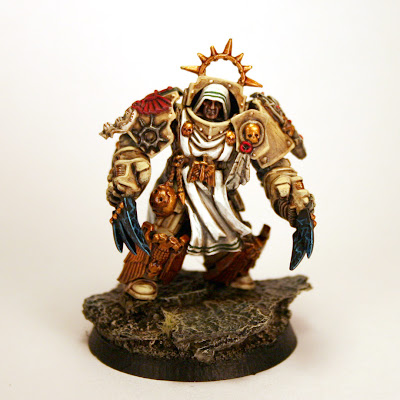 I didn't want to make the robes green, so I lightened them up a bit and darkened the armor, so it didn't all blend together, the contrast is not as stark in real light. 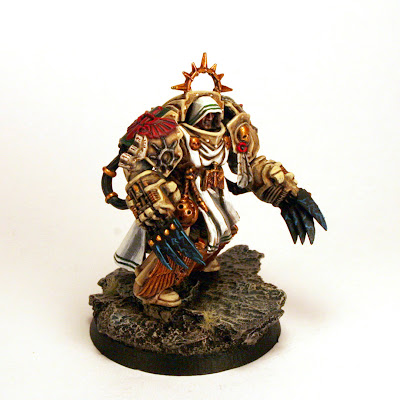 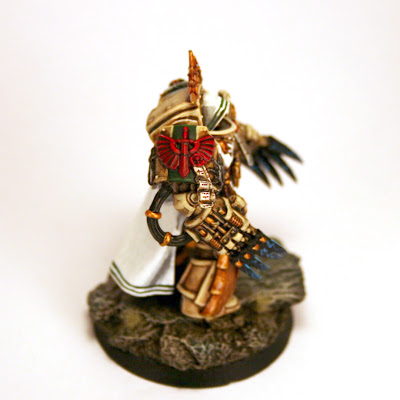 The right shoulder has all the iconography of Belial's banner 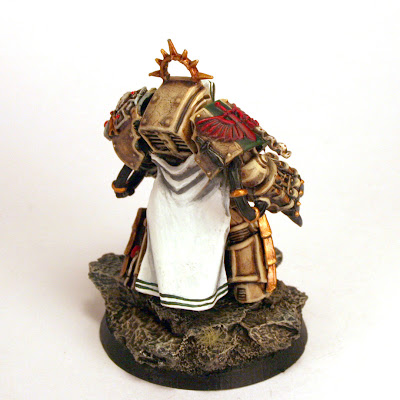 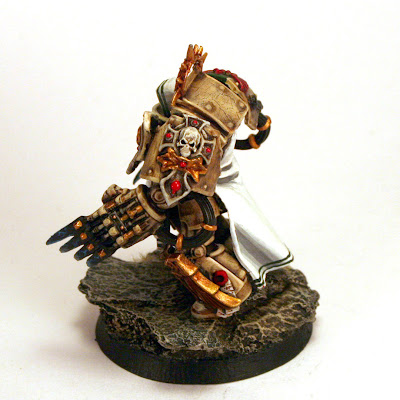 The Captain's device on the crux is painted gold, I think they were originally yellow with a blue center or something, but I wanted to have some gold on that shoulder to balance the rest of the bling out, I might still go to grey with it.
I did something wrong with the primer spray paint (didn't shake enough...let dry long enough) and had a reaction when the basecoat dried. You can see it in this super close up. 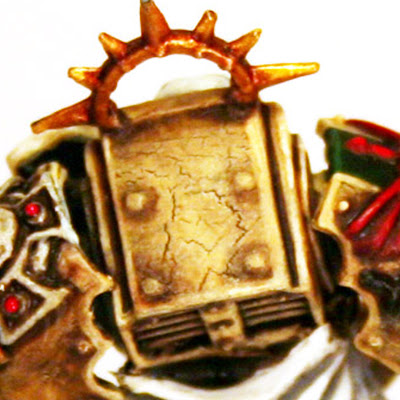 Lots of these tiny cracks all over the armor, rather than freaking out, I decided to save them and I think they make the armor look old and weathered.
I'm pretty happy with him, and I'm looking forward to getting the squads up to date.
I hope he brings me luck when he hits the table.
John
Dark Angels Deathwing