Posted by SC Mike on December 22, 2010
John and I played a game a few weeks ago and fun though it was, most exciting was John walking up with a tiny suitcase in which his whole army was nestled snugly. So I did some digging around and found out I could build a Space Wolf all terminator army, centered around Logan Grimnar. For 1500 points I might end up with even less models then Johns Deathwing and I love the idea of having a compact project. So here's the start.

My Logan Grimnar is based around Njall Stormcaller. This model is fantastic, sculpted by my favorite GW artist Juan Diaz, and looks very badass. I removed the raven stand and added some fur. 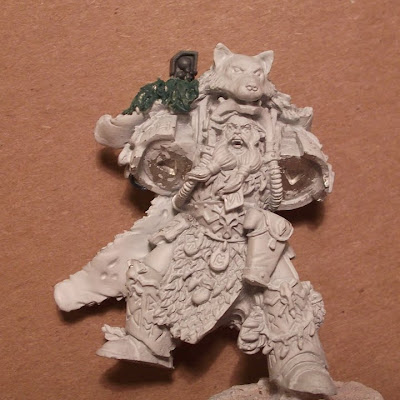 For the left arm he will carry a giant axe. Built up using the hammer of the Death Company set and an old Dwarf ax for the blade, it works nicely. I added a triangular greenstuff thingie on top plus a terminator cross. 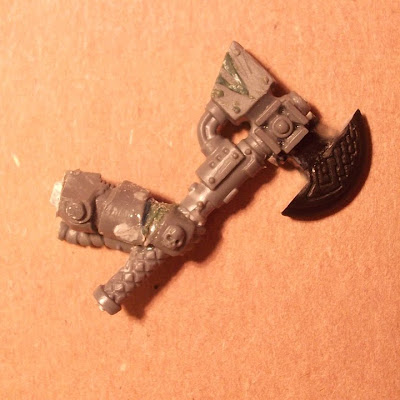 The right arm will have a handmount stormbolter. In the codex Logan is not allowed to use a powerfist, which is weird, Magnus Calgar is less points, but DOES have that powerfist/stormbolter combo. Anyway, I love the look of the massive glove with the gun, so I decided to model it like that, but not count the powerfist. 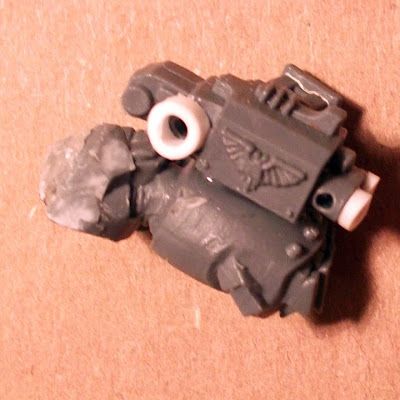 here is the set 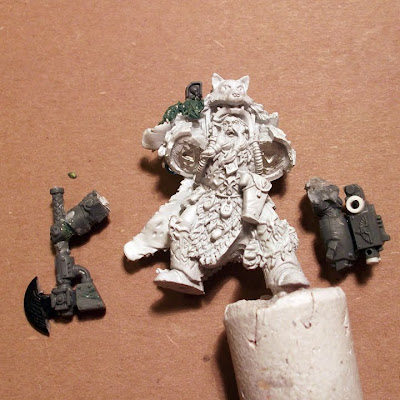 and here is a mock up I did earlier today using some UHUtac. 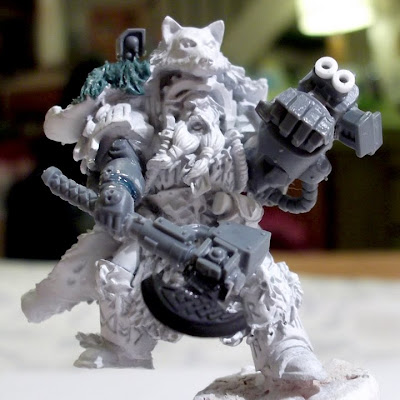 Oh yeah, and this was made tonight in the woodshoppe of Santa's Elves. Some stuff for the playmos...it's fun making xmas gifts for the kids yourself. 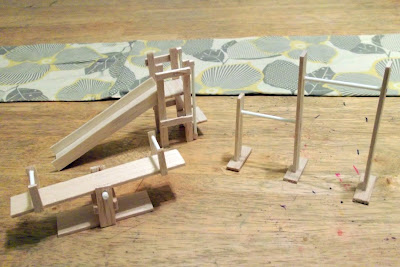