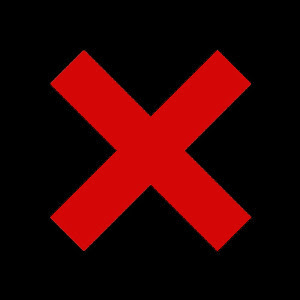 After magnetizing the wings, I realized I forgot an upper part, that goes right on top of the wings! So I had to cut some holes in the side of that part as to make the wings still easily detachable. This is what that looks like for all of you want to try it. 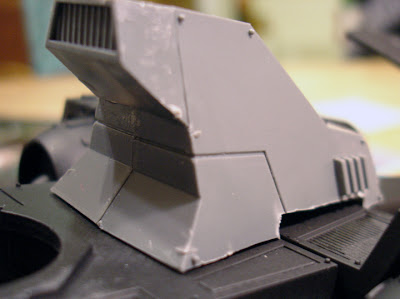 After that I was home free, this model is very easy to put together. 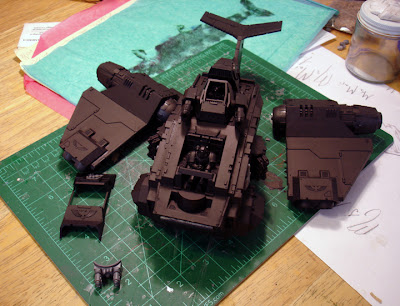 So on to the painting job. Which is a daunting task, to say the least. Painting a black model leaves you with few options if you don't have an airbrush. Here's the one that GW put on their website, but that one obviously was not drybrushed. I do like the crosses on the wings. 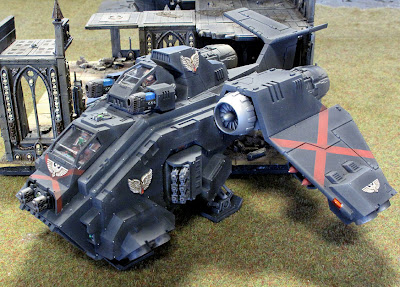 So this was my first attempt: a soft drybrush with lining around the panels. 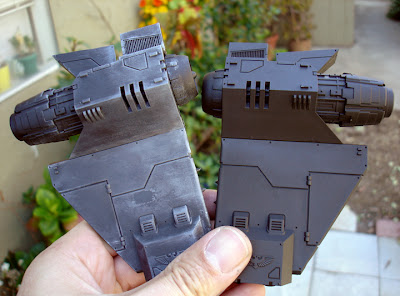 After half an hour I hated it and reprimed it. I did that twice in a row until I decided I had to be bold. So I made massive streaks of codex grey, then lighter, thin streaks of fortress grey; my wife commented "finally it looks like you have an idea". I took that for a good sign. 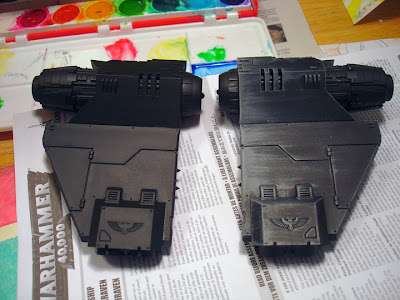 I was inspired by all the art around me: here's our dinner table, full with paint, paper and models. My girls were busy painting cards, my lady making some fun art and me with my plane.. 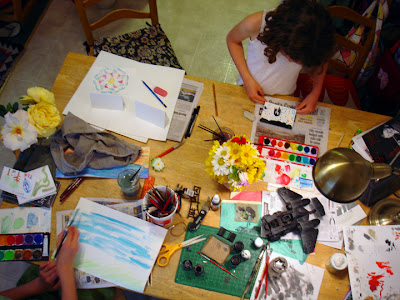 Not sure how I will go from here, but this is where it's at now. I will still line the panels I think 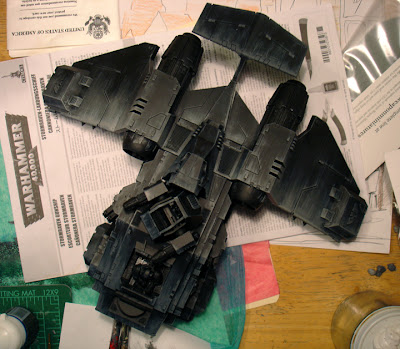