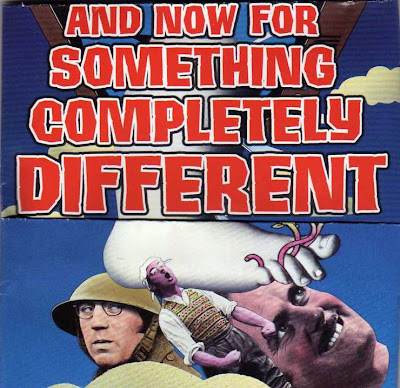 I spend most of my hobby time painting dark gritty miniatures in the "grimdark" style. Well sometimes I need a break. A few months ago at a local gaming convention I was introduced to a whimsical game called "Critter Commandos" which just oozes fun. The game is no longer being published, but with a little searching I was able to get my hands on a rulebook and a couple dozen models.

Critter Commandos is a miniatures game that is done in the style of a Saturday morning cartoon. The critters fight each other with amusing weapons until the enemy has had so many "holes" blasted through their bodies that they fall apart only to reappear in the next episode.

Here are the first couple models that I painted. These critters are from the Frog Federation, the main protagonists in the universe. They are at perpetual war with the evil Ratzis (Rat Nazis if that wasn't clear). In order to mimic children's cartoons in style I painted them with bright solid colors with only a minimum of shading and highlighting. The guy on the left is a frog in power armor with grenades (yes it is a pineapple), and the one on the right is a frog in deluxe armor with a flame thrower (a hairdryer). 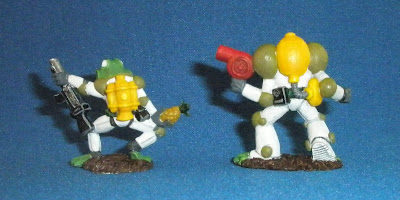 I really enjoy these miniatures. They have a great sense of humor, and these are not even the silliest models (my favorite is Duck Vader but I have not been able to find a copy). The only thing I don't like is the integral bases, but that is not a major complaint. Living in the San Francisco Bay area we are lucky to have a large gaming community with lots of gamers, hobbyists, stores, and regular conventions, but where ever you live be sure to make an effort to meet other gamers and check out what they are into. You just might find something cool that inspires you.