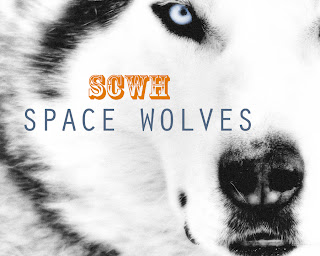 Last week I posted about this picture below. In a few trades I was able to get two OOP Land Raiders and one modern one. I have now converted one of the old ones into a 'refurbished' Raider, suited for my budding Wolf Wing army. This post is picture heavy and is just a quick run through in how to convert an old model into something new.
As you can see below, I completely took the old model apart. That is not easy to do without damaging the model. This one had been together for 20 years or so. 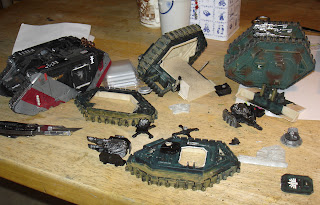 I was able to demolish it without incident, this is what these things look like 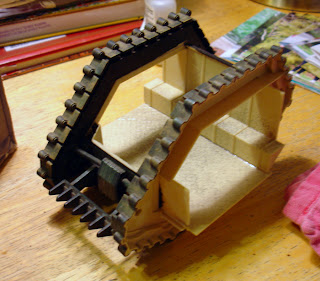 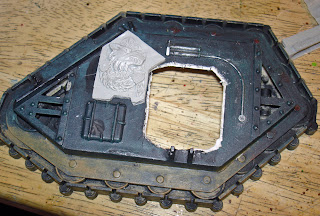 I wanted to magetize a modern set of Lascannons on the size, like below 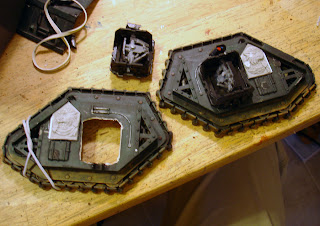 I glued the old doors on the inside at the right distance from where the sponsons would go in, like so 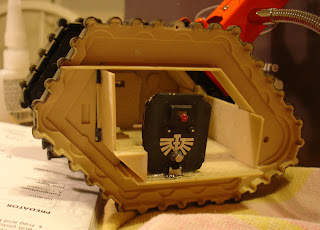 Then I added a magnet or two, facing out.
On the back of the sponsons I used adhesive magnet from Galeforce Nine 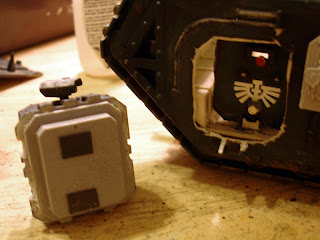 After closing up the tank, it looks like this: 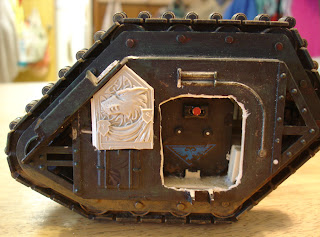 My plan was to have all weapons magnetized for all three variants. I have collected lascannons, hurricane bolters and flamestorm cannons. It still need to get two extra sponsons, so I can attach the primary weapons to each one permanently.

For the secondary weapons I added magnetic adhesive to the two little compartments on the front fender. I magnetized two assaultcannons and two heavy bolters and can easily swap them out. Below all of the weapons are shown: 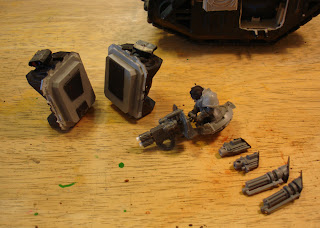 And here they are all one there, for the picture. 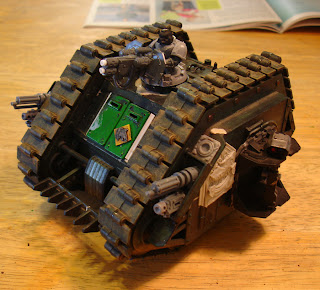 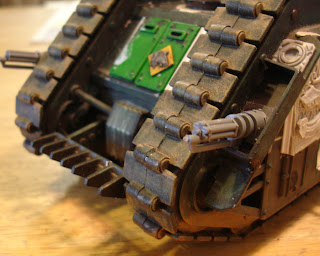 I primed it blue 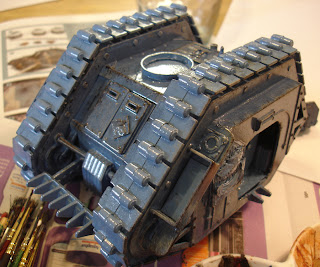 and went to work with oil paints... 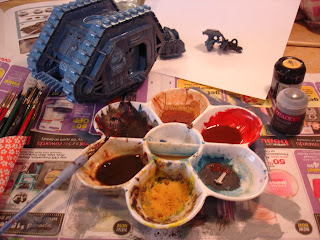 Update coming up next week! Hope this inspires. join the conversation on our facebook page: look for santa cruz warhammer and join!