Posted by SC Mike on June 14, 2012
I have been emptying out my display case and putting models away (under the bed) for a while now. The Bishkek was the first large army to go and today I finally put away the Wolf Wing as well. I found a really nice old camera case that had foam already on the inside and a nice system of creating spaces. Here are the shots 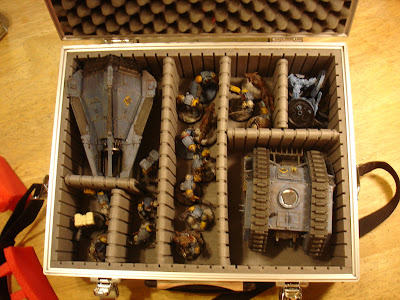 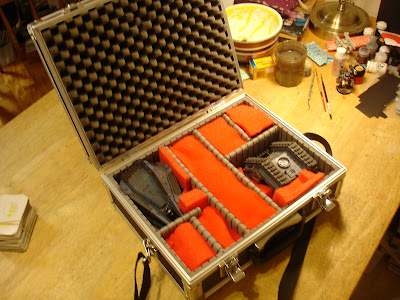