Make your Battle Photography in ART 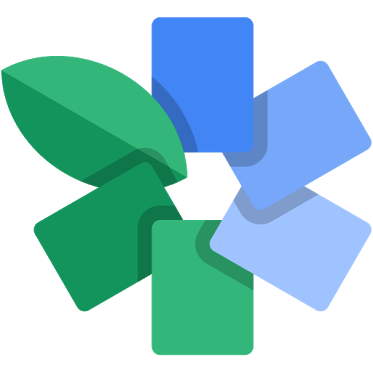 I have been using this free app from Google called Snapseed to edit my game photos and make them more dramatic. The software was originally written by a company call NIK software, and they were the leader in filters in professional photography (my job) until Google bought them. The free app is a simplified version of the original hi end software, but it is amazing nonetheless and FAR outperforms Instagram or other competitors. The nice thing about Snapseed is that you don't need to be online to edit stuff and it doesn't downsize your file.


The filters lend itself really well to battle games photography like 40K and Bolt Action. Below I created some before and afters to get you all excited

It's hard to keep the store stuff out of images when you are playing. Doors, shelves, peoples hands and all that stuff gets in the way of a dramatic image. The image below looked good but I didn't like the die, so I cropped the image. Since the vantage point was a bit high, I imagined a drone or other remote camera taking this shot - i added a bunch of grain and blew out details. 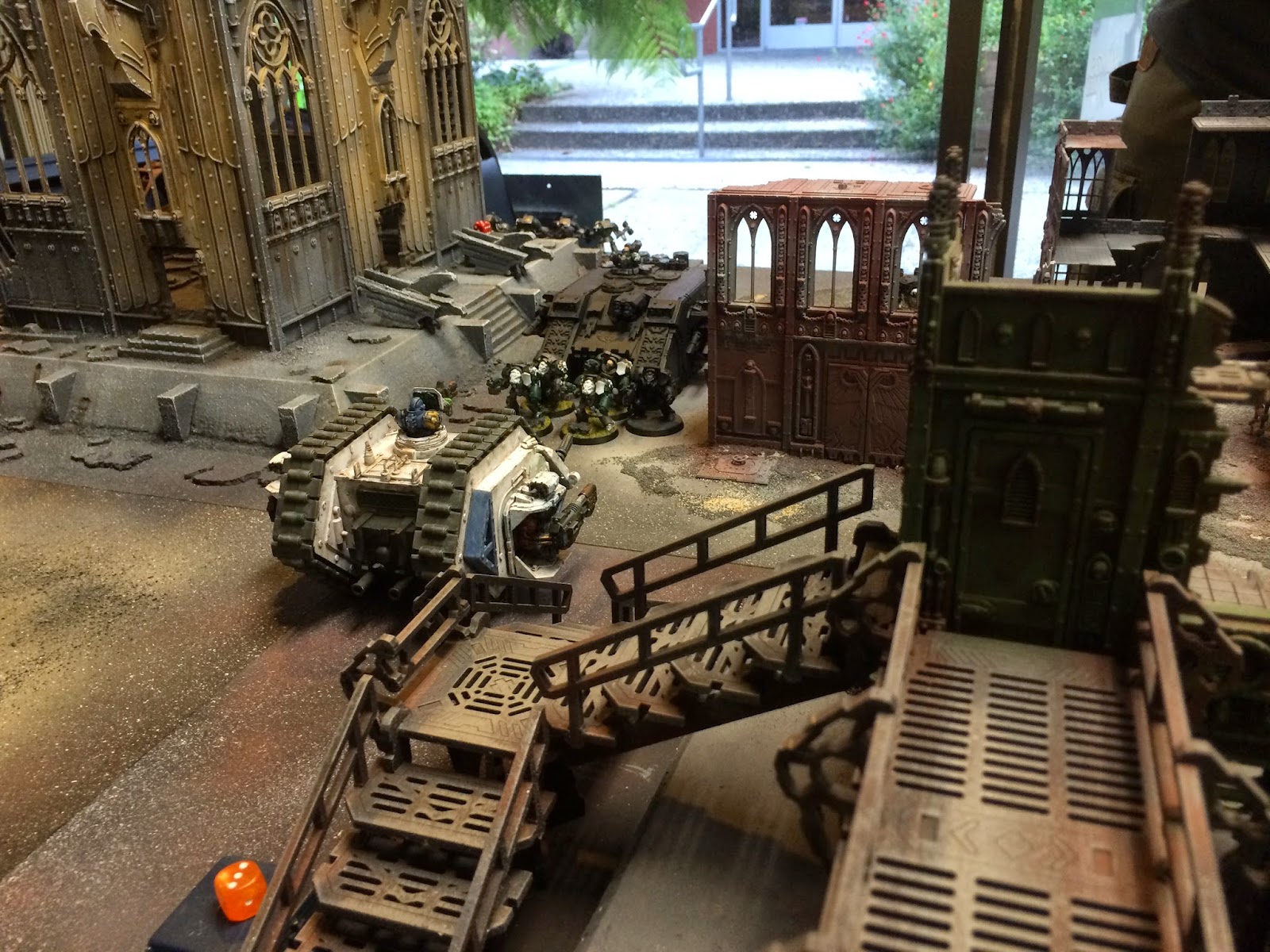 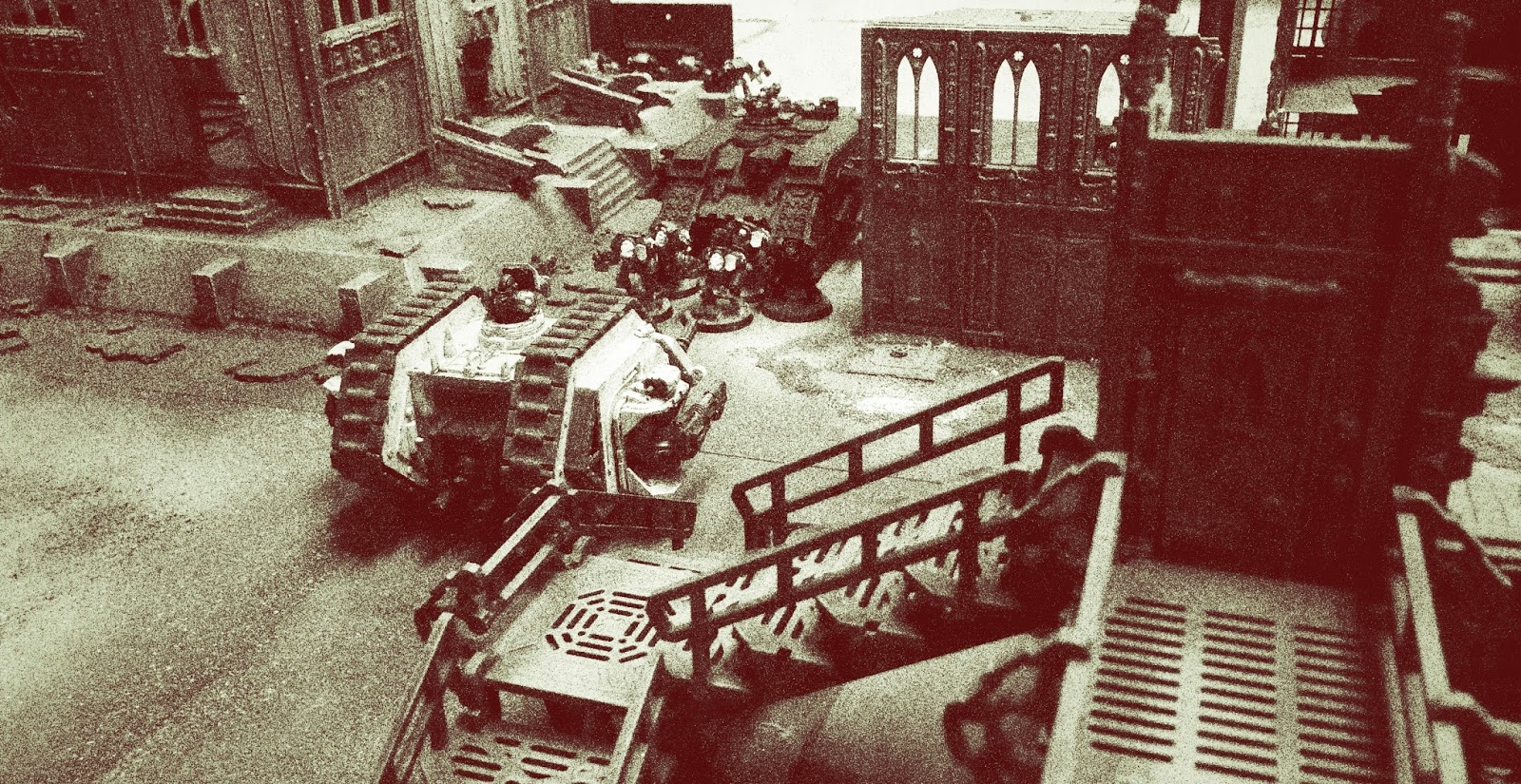 Here's a good example of pesty shelves getting in the way. I darkened the top, which, surprisingly, made it look like the cathedral was on fire...even better! 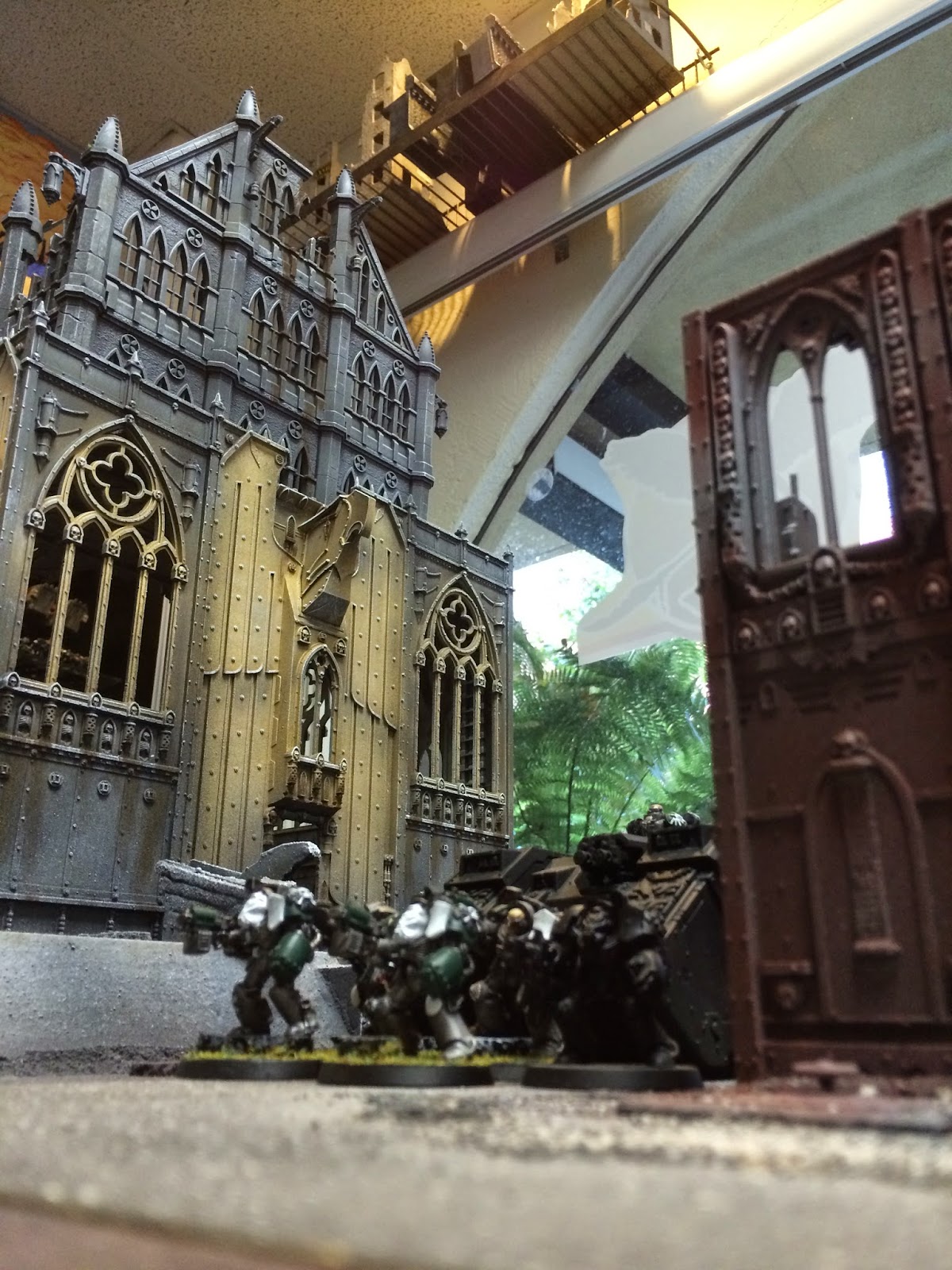 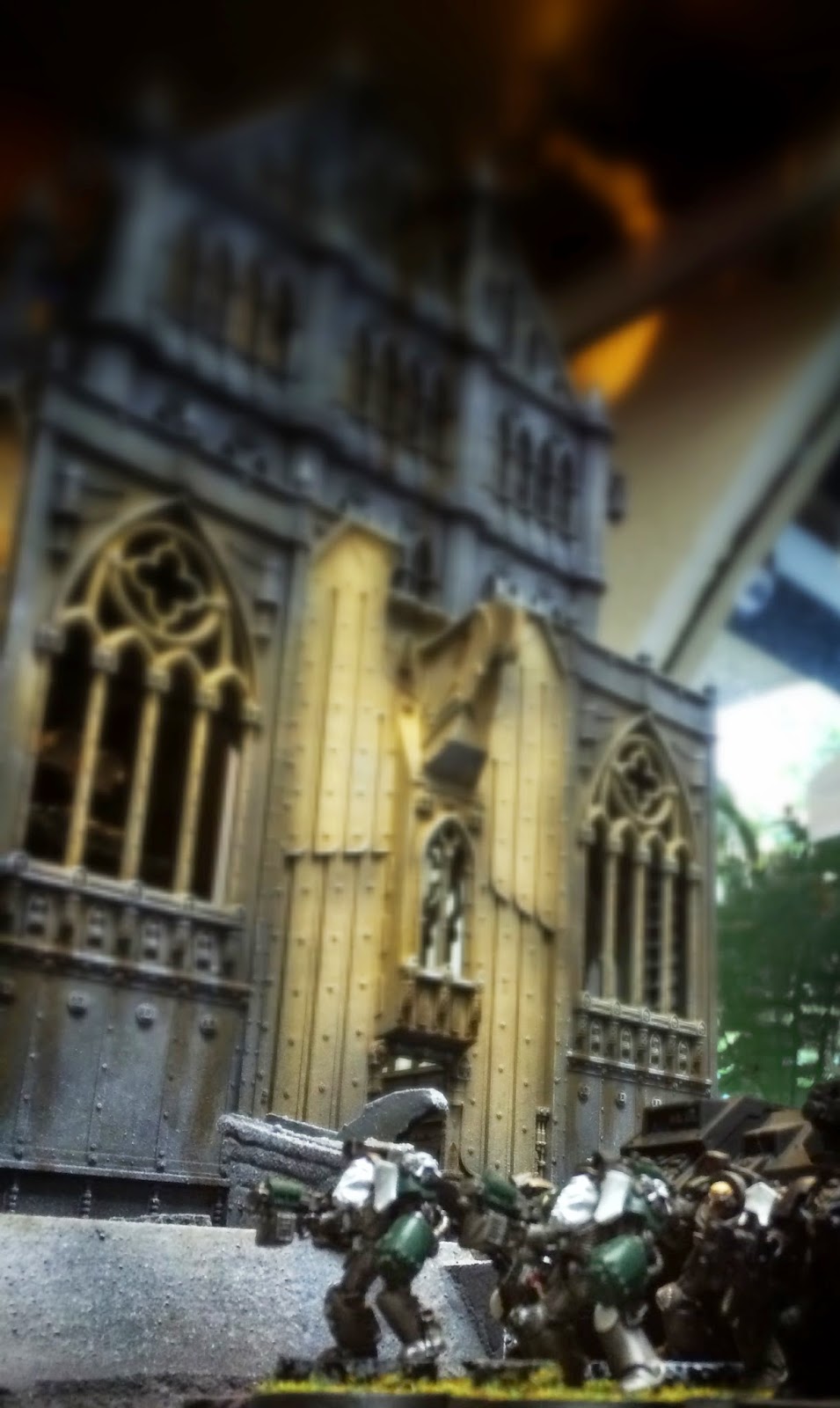 Another battle scene. Notice my friend Glenn on the left top with his coke. Snapseed cannot remove things, so the coke can stayed in but by darkening and filtering, Glenn pretty much disappeared. I gave this a blueish cast and darkened it a lot. There are so many cool filters in this app, the sky is the limit. 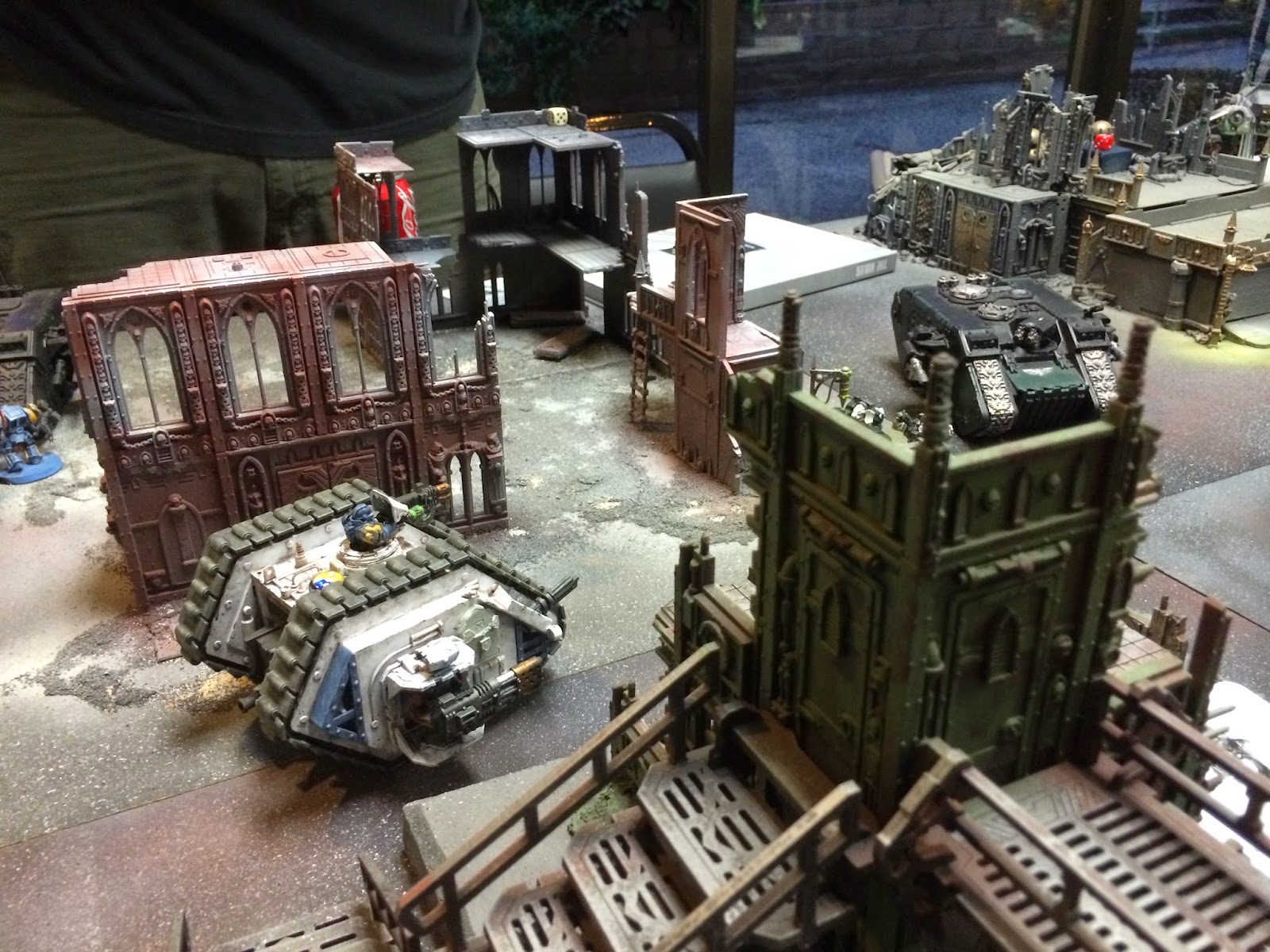 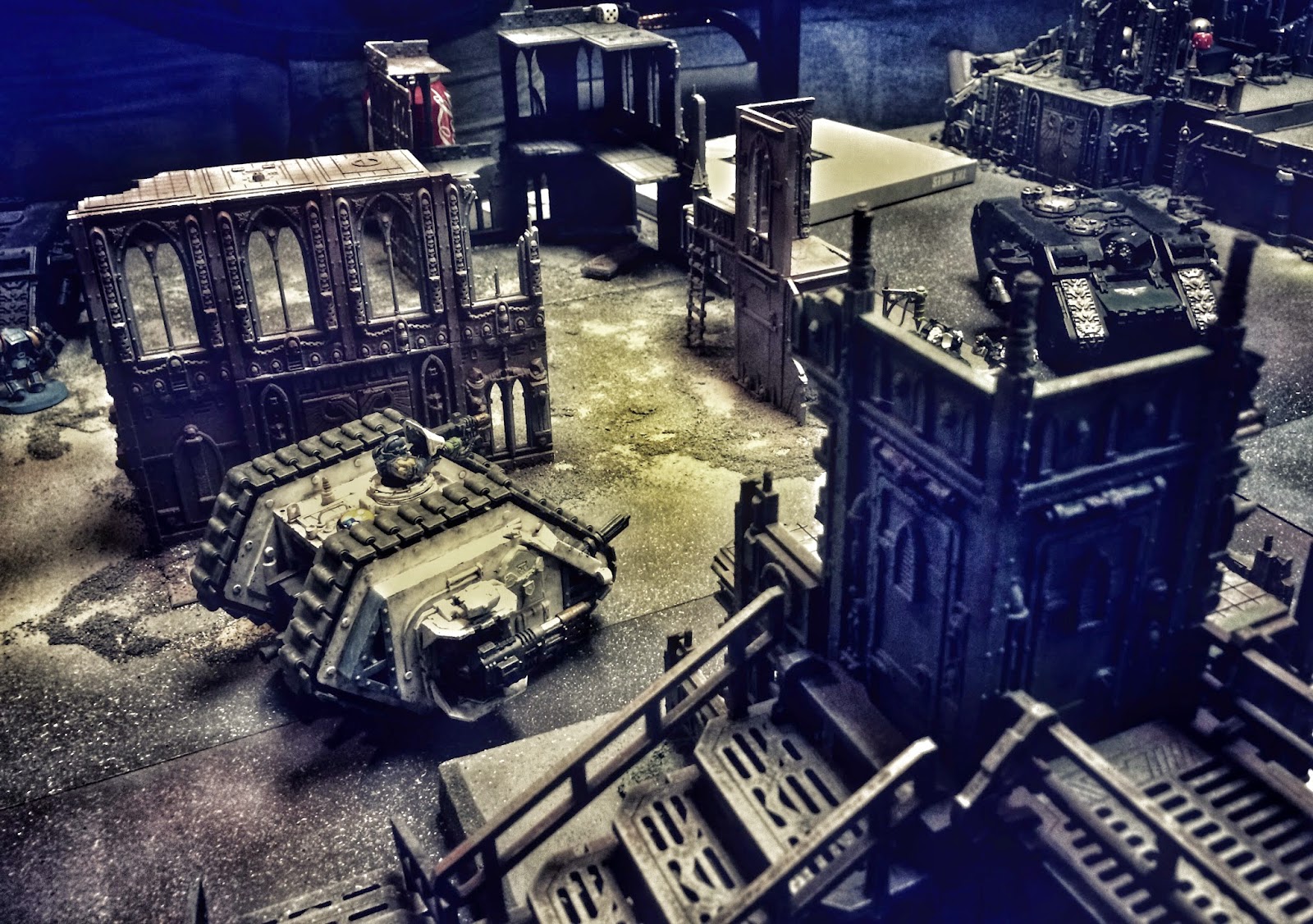 My buddy Christian needed to be removed and I wanted to give this image a rough, close combat look. Snapseed allows you to add textures, so the image become gritty and powerful and a horizontal crop did the rest. 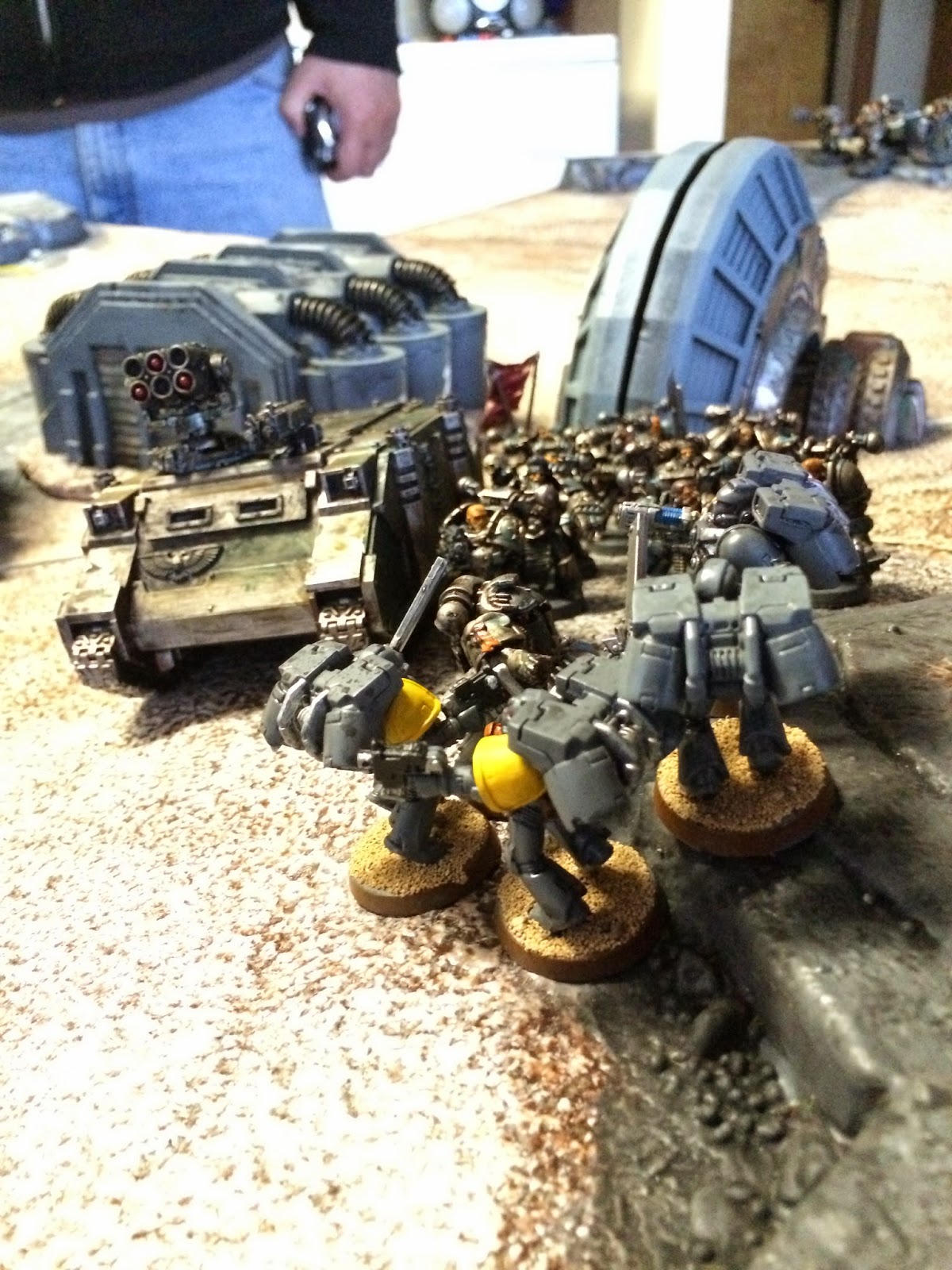 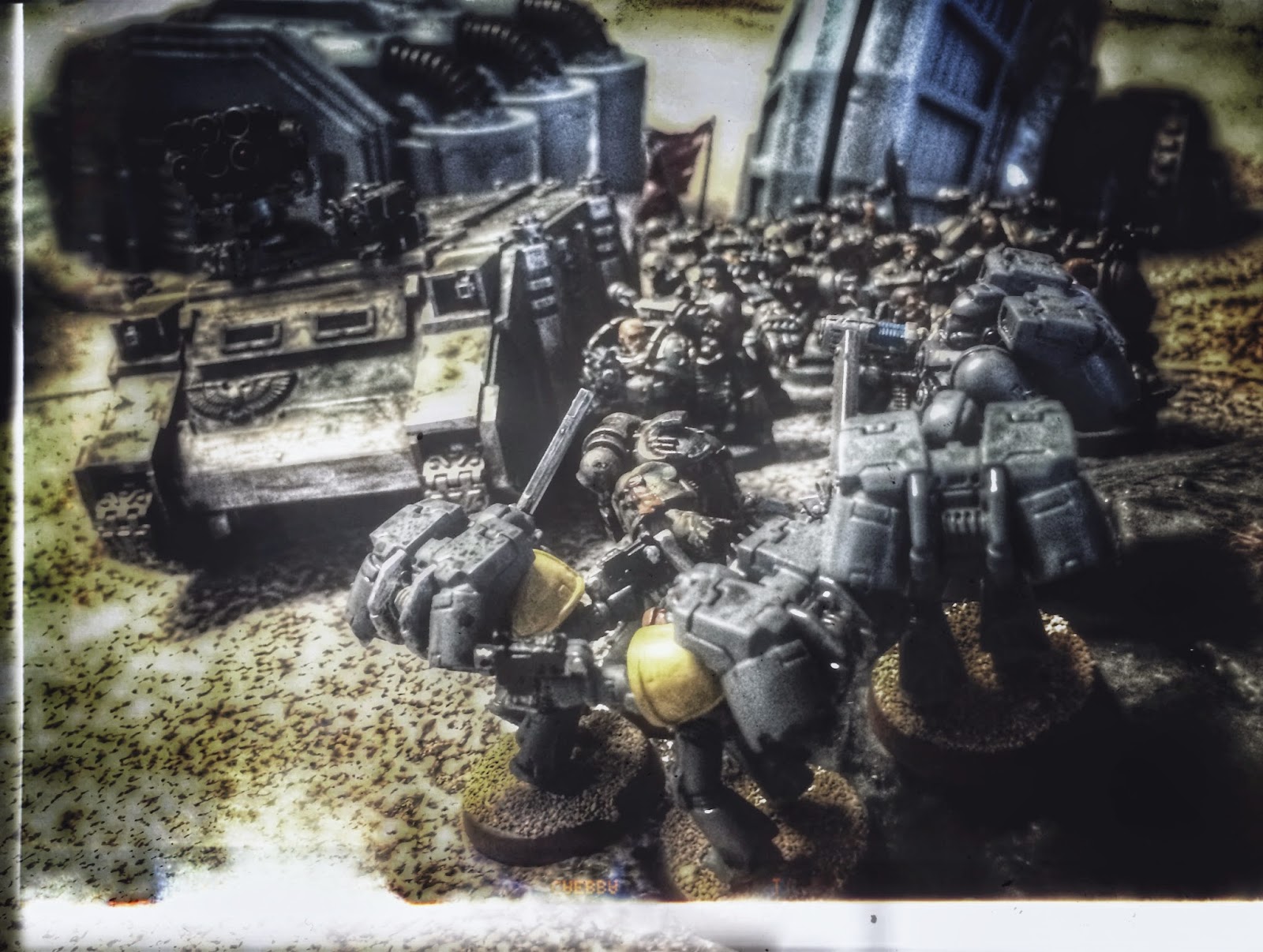 Here I made the game table into a 40k waste zone with leaking oil pipes and stained surfaces. Snapseed let's you control contrast, shadow detail, color filters and much more. 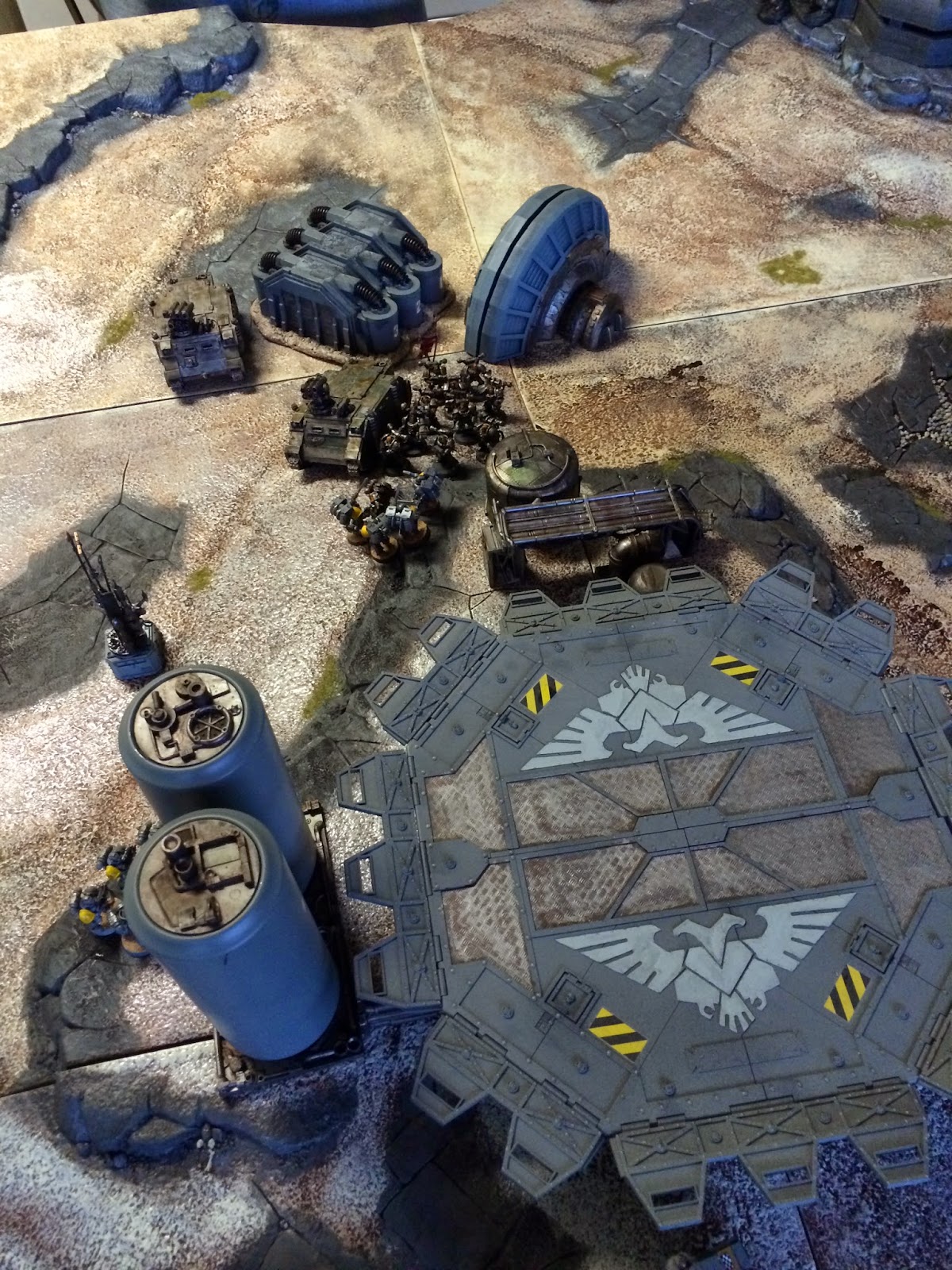 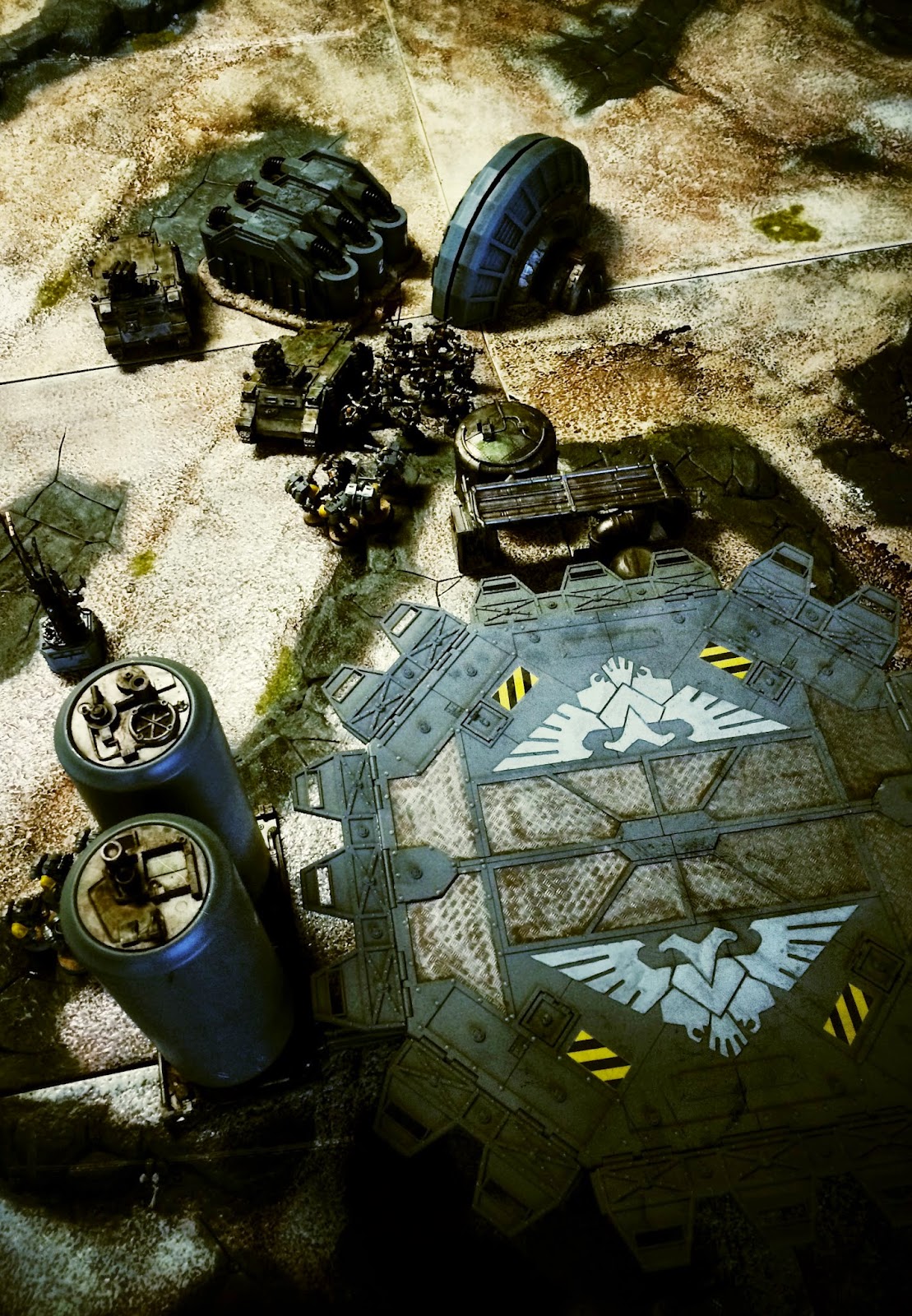 Here's an image that I ran through the Grunge filter. It adds artifacts (you choose) and made it look brutal. Of course you have to find that fun perspective. In this case I used the perspective of the marine facing a massive chaos hellbrute. 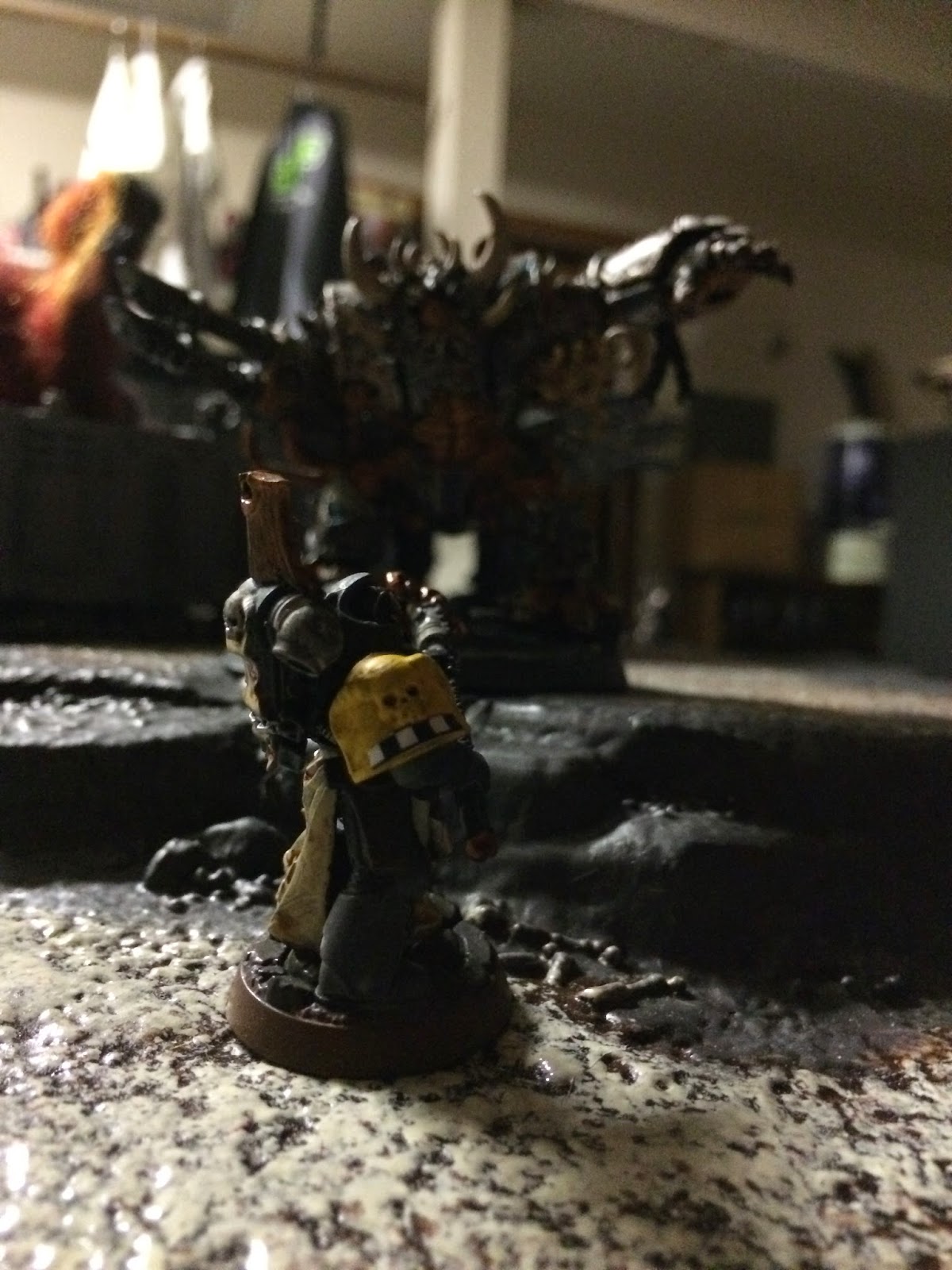 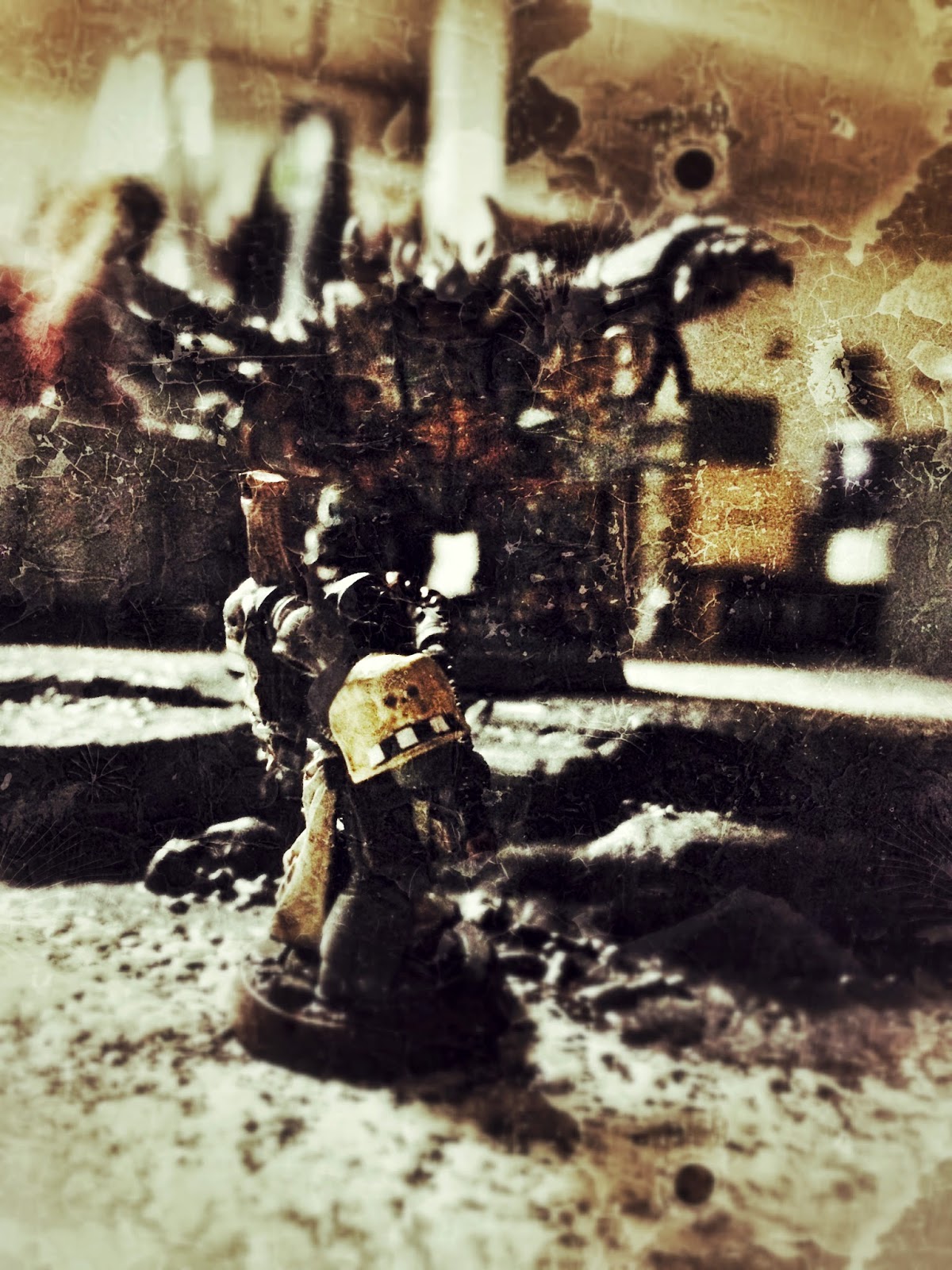 Here's a squad of German soldiers in desert outfits for Bolt Action, SC John painted it up last week. You can see the store in the background. After fixing it the curves of the building almost look like some North African building. Cropping is crucial! 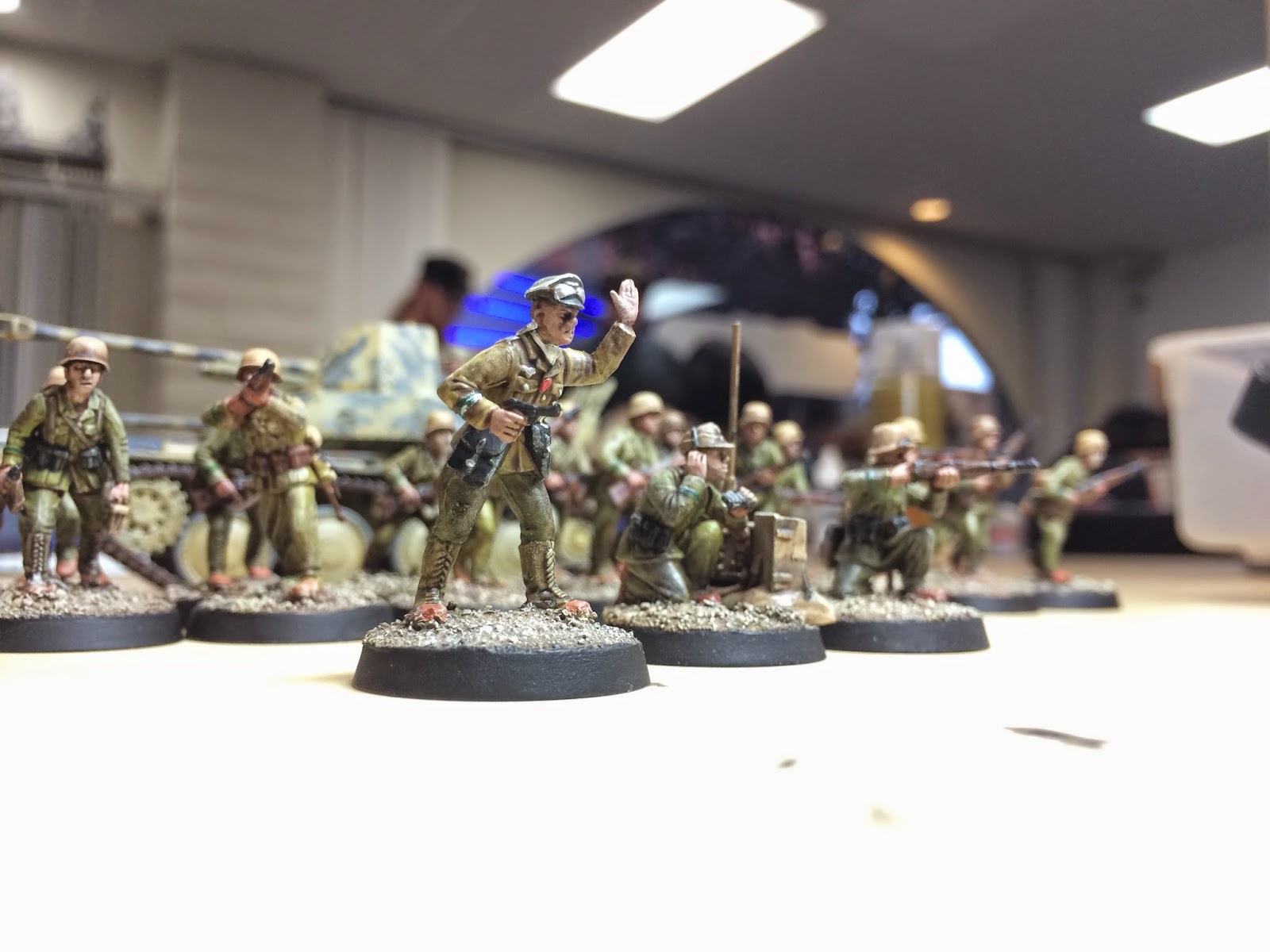 AND YOU DON'T HAVE TO BE A PROFESSIONAL PHOTOGRAPHER TO DO THIS. You will need to be creative with your angles - all these images were shot on an iphone

Snapseed is available in the Itunes store and in Google Play. Hope this inspires!