In July of 1984, Trish Carden created her first range of minis for Games Workshop: the outrageous, fantastical and equally disturbing C38 Beastmen. They were not the beastmen we know now and there is only one goat in the bunch. These were supposed to be creatures created by the crazy whims of disturbed Chaos minds and boy, were they ever successful! In all of the decades, I think, Games Workshop never made more outrageous minis than these. They are personally my favorite Oldhammer minis. 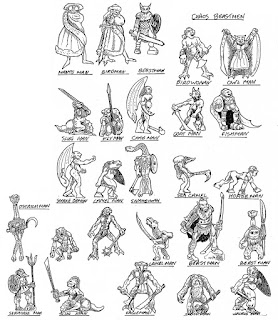 Here's Snake Man. I wanted him to look super colorful and weird and I knew I wanted the snake head to be a blend of yellow and green. I used contrast paints for that part, with a good mix of the contrast medium. 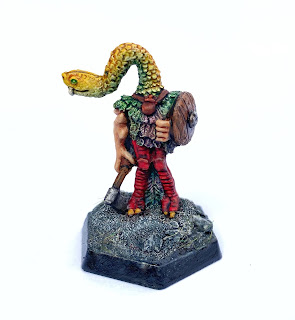 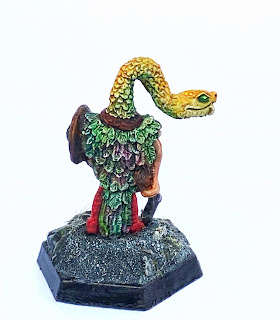 I kept his shield, amulet, weapon and base really simple and monochrome, without too many highlights to really draw attention to all the other colors. I liked the idea of a black and white wasteland with this colorful warrior in it. 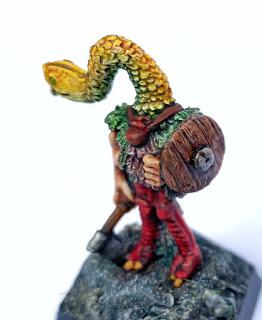 The base of this mini is pre-slotta, so I had to raise the mini using some green stuff and rocks. Some people like to show the markings on the base, but prefer to create a nice looking environment. 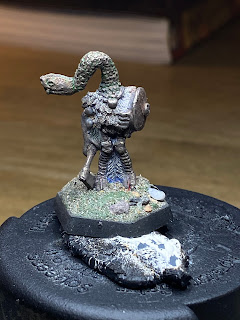 The range reminds me a lot of the atmosphere of the 15th century Dutch Painter Hieronimus Bosch. Check out some of the crazy creatures like the bug on the right. 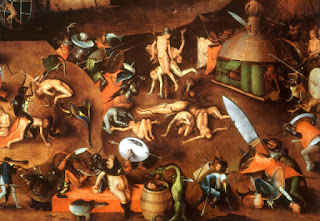 I have collected just a few so far of this wonderful range and keep trying to find and paint up some more! 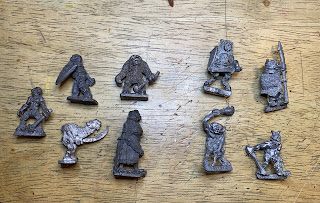