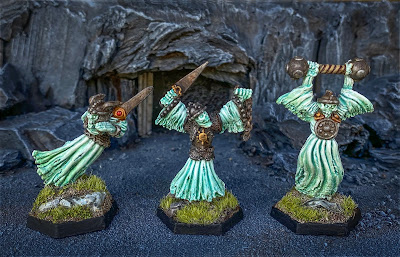 In 1985 Citadel acquired the rights to produce Lord of the Rings miniatures for a Middle Earth Role Playing game. They produced a whole bunch of (now) classics, that are hard to find, unless you spend some big bucks on Ebay. I have been collecting them for a bit and have about 25-30 of them. One of the sets in the range is this one: three Barrow Wights. On the catalog picture you can find them bottom middle. 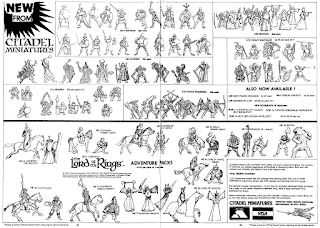 I have had this set for ages, but one of them had his weapon removed, so I was never able to complete them, until now.. I finally found a complete one and painted him up. I painted them in a standard blue/green/white hue to make them look spectral. The armor I kept dull and dark and the weapons are rusty - remember this stuff has been buried for ages. 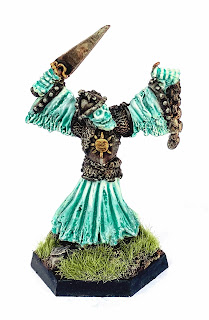 The extra one I will keep around as a possibly candidate for an undead war band for Mordheim, which sounds like a really fun idea. 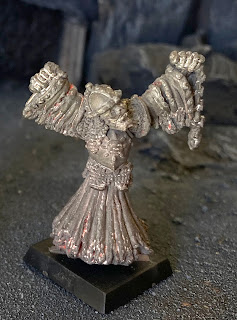 The Lord of the Rings range lasted from 85-88 and is a wonderful set of minis to collect, but also paint. There is something very special about bringing to life some of the characters I grew up with and have loved all my life. Here are a few more of my painted LOTR ME models. 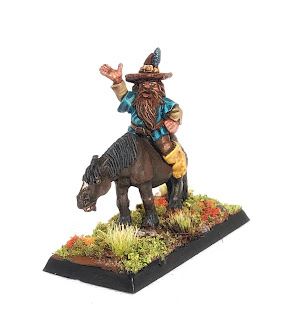 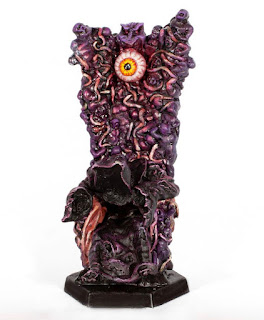 Sauron on the throne 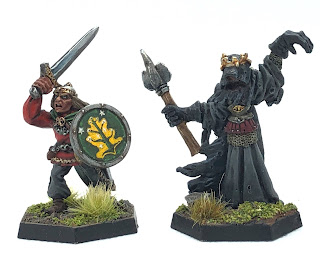 citadel Lord of the Rings oldhammer