In 1983 Games Workshop retired the then current orc range called Fantasy Tribes Orcs. The new orcs were assembled under the C15-16 series, still with a solid base and and still very much based on the classic orc you would see in the pages of Lord of the Rings. They had crude weapons, some rags for clothes and some even had chainmail and helmets. The mini I painted was just like that, and he was wonderful to paint! 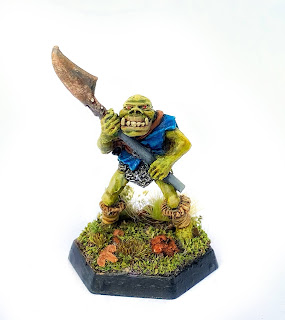 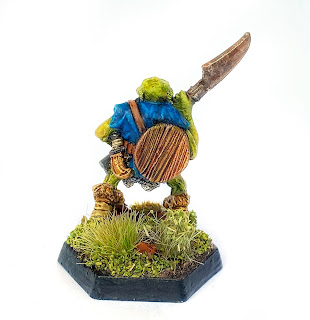 His face is so enigmatic and his stance sort of clumsy but stubborn - basically classic orc stuff. 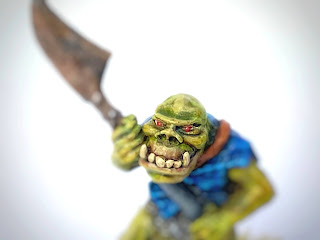 My mini was in good shape, despite its age, but it didn't have a lot of readable markings on the bottom anymore, but he is from the C16 range, as you can him below. 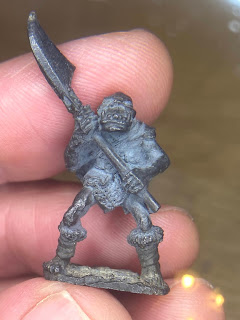 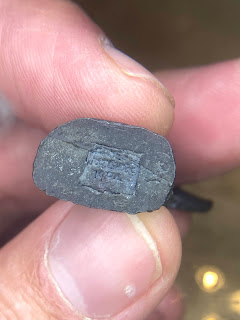 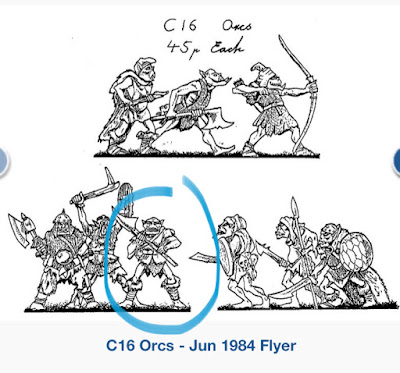 The model looks identical to the trooper in the Regiment of Renown set RR5, Harboth and the Black Mountain boys. You can see the trooper from that set below. 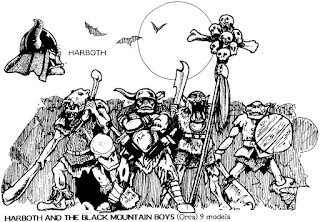 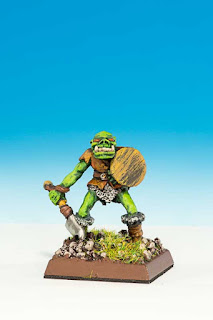 Images courtesy of Stuff of Legends
It would be really fun to collect that set and give them a nice paint job - this is the endless journey of oldhammer collecting..
SC Mike
citadel games workshop oldhammer Orcs regiments fo renown warhammer