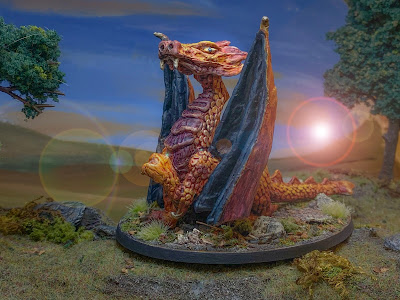 Here's a rare miniature and made in the US no less: the Dragon Tooth D-76 Dragon from the late 70's. When I got this mini in the mail I had no idea what it was but thank goodness for the Facebook Oldhammer  ID and Valuation group, where the mini was quickly identified. Let's start off with the unpainted mini. 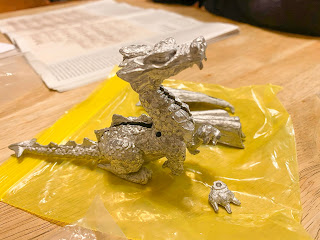 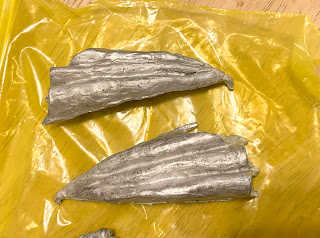 The model comes in 6 pieces: two body halves, the head, two wings and one of the feet.When I put the body together there were large gaps to be filled and the casting seemed really rough. I had to remove a ton of flash and after gluing the parts together I used green stuff to cover the holes, sometimes over an eighth of an inch wide. I made sure I pinned the head. 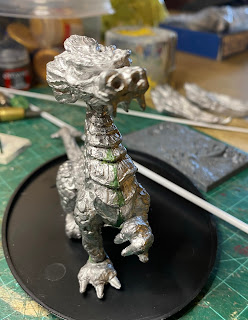 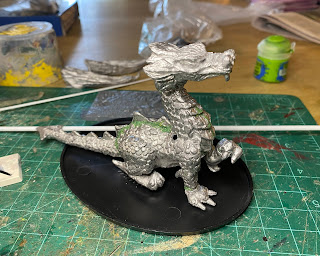 I opted for a traditional color scheme with a colorful and lush base - I really wanted to make this guy live in a classic fantasy setting. The large oval GW base gave me plenty of area to work with although his tail still stuck out a bit! 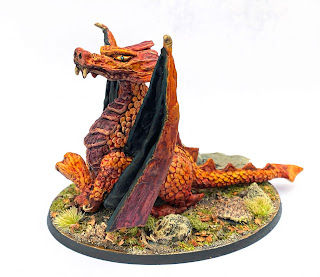 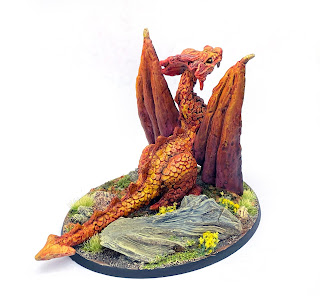 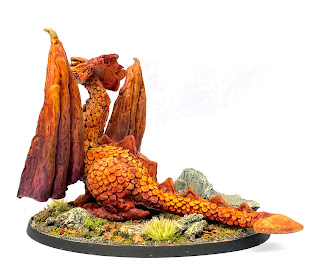 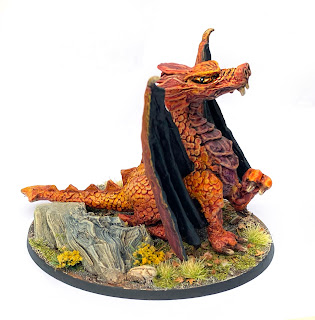 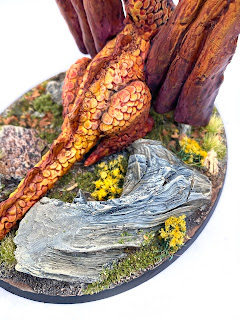 The mini does not have fine detail - so I really tried to paint him like a watercolor painting with lots of blends and washes. I did drybrush some areas to get some nice highlights but the main challenge for me was to find a nice color blend between all the purples, oranges, reds and yellows. It was really fun to play with.
Almost all the rocks on the base are all wood bark pieces; it always surprises me how great they look as rocks and stones. And finally it got to use some of my flowers! Usually the bases are too small for a bunch of flowers! 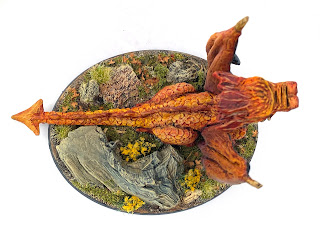 Dragon Tooth was founded in 1975 by Tom Loback and they produced a bunch of (now really rare) fantasy figures. DnD lead has some of their catalogs on their site, this dragon cost a whole 8 bucks when it was released! On Ebay I could barely find any sales on Dragon Tooth minis and this dragon did not show up anywhere. Lost Minis Wiki has a few archive shots of the model: 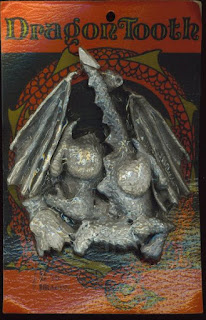 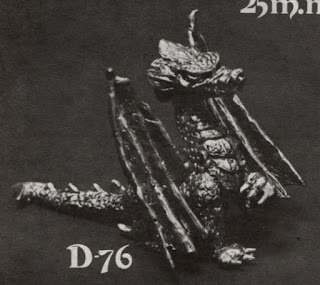 You can see below the concept drawing for the D-76 which shows that the wing bottoms were changed to straight bottoms instead of pointy. It must have a been a casting issue, since the spiked bottoms would have looked great. 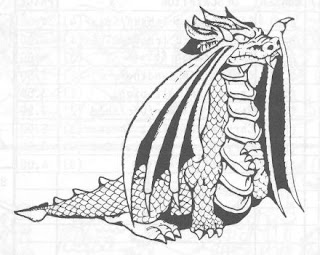 The company seemed to have vanished in the mid 80's, so who knows where the moulds are now. On eBay there are a few active listings of Dragon Tooth 'blisters' but no sales history on any of the dragons. Pretty rare indeed, so it was fun to do justice to this forgotten mini. 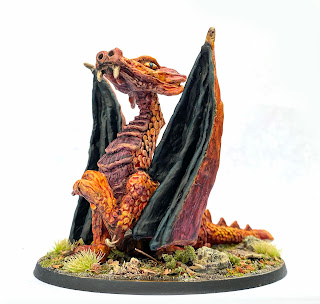