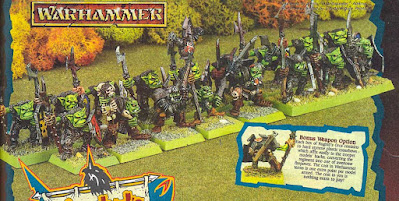 image courtesy of Stuff of Legends
Sometime ago, my great buddy SC John walked in with a shopping bag full of old orcs and said, "Here, have fun with these". There were some Marauder wolfriders in it and a bunch of 1st edition Ruglud's armored orcs. Recently I got inspired to build that group and put them in some sort of diorama, the Warhammer equivalent of a soccer team photo. 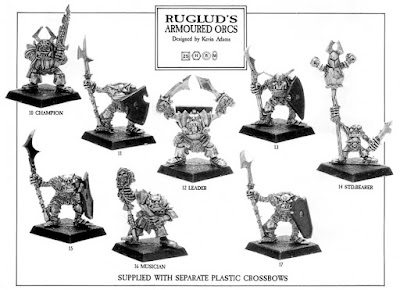 image courtesy of Stuff of Legends
As you can see GW brought out the set in 1987 with 4 characters and 4 troopers, which were called A, B, C & D. There is some confusion about which of the minis is Ruglud, the guy in the middle or the model on the left top, but I am going with the designations from Stuff of Legends, which has the champion as Ruglud.

I decided to put the 4 characters together with ten troopers so the whole unit would have 14 models. I noticed right away that they truly don't line up, Their feet stick out of the base when you use an old straight slotta base but if you use the the diagonally slitted one, the models don't look good, looking sideways. So I had to make the base big enough to create some space in between each mini. 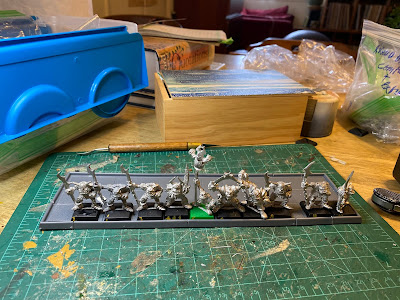 I wanted a height difference between the front and back row, so I created a second, raised row and added some stones. With plastic card I created slots for the bases, because in the end I wanted  the bases to sink in a bit. 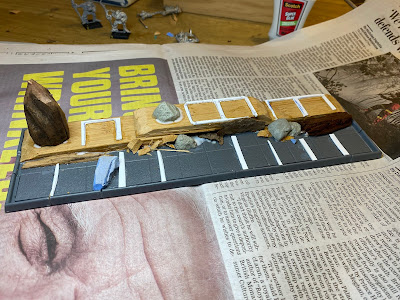 After that I added some sand and other grit and tried to figure out a team layout. After that it was painting time. 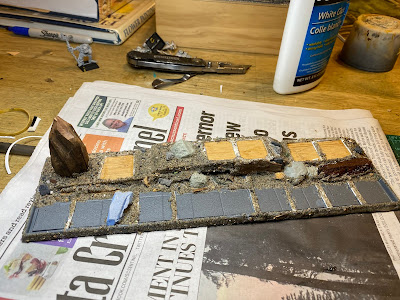 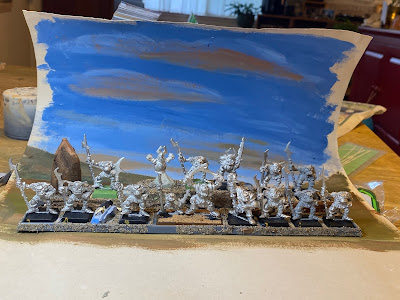 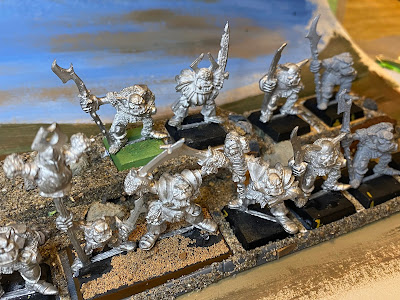 Crossbows
Ruglud's troopers all carry crossbows, but inevitably they are usually gone from the minis after almost 40 years. They probably fell off after countless games or a lot of people didn't like the look of just dropping the crossbows on the back of the mini since there was not really a designated spot for them. I personally like the look of the weapon so I used some mid-nineties empire crossbows for them and did a simple conversion: 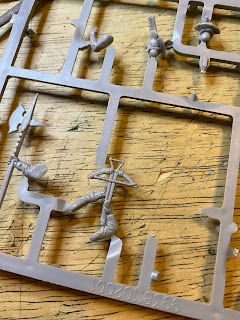 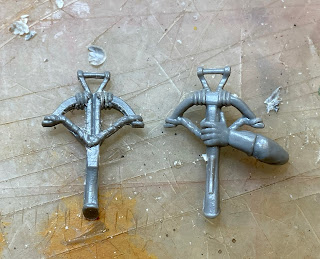 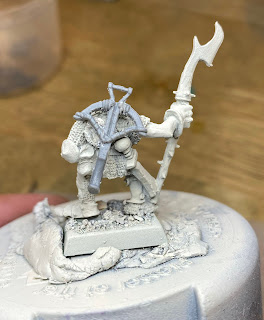 Painting: a start
I wanted the look of the orcs to be definitely on the yellowish side of green, more a fungus color than the bright or dark green. I also wanted to honor the 80's look with lots of reds and came up with this scheme for the troopers. I will change the skin tone of each orc a bit so they don't all look the same. 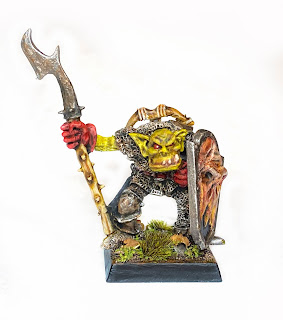 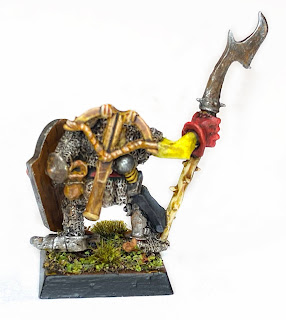 Since all the troopers have a shield, I decided to sculpt some small designs on each shield, something I have been enjoying for a while now. I'm not very good at it yet, but it's really fun to do. 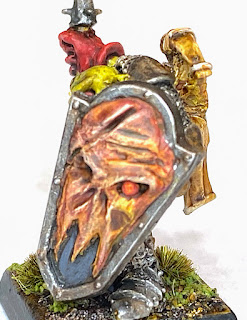 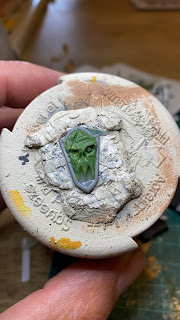 I have been hugely inspired by the blog The Lost and the very Damned, who did an amazing job on this unit!
More to come!
SC Mike