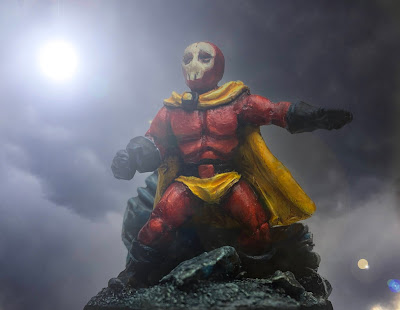 One of the most obscure Citadel ranges nowadays is the Superheroes range from 1981. Described as a 'new range of defenders of humanity and avengers of injustice' (from Stuff of Legends), these minis were created for RPG's but had no rules designed for them when they came out. In the two following years they moved around a bit in the Citadel catalogues, until pretty much retired in 1983. 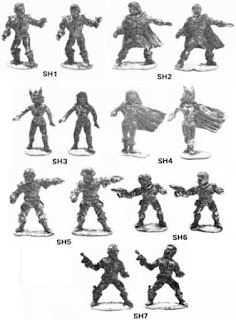 courtesy of Stuff of Legends

The miniatures were the first 'personalized' range Citadel produced, where a bunch of different heads were cast on similar bodies, to create more variety. All the models were sold in pairs and came in a cute 'blister'. The lot I got had 6 pairs in it. 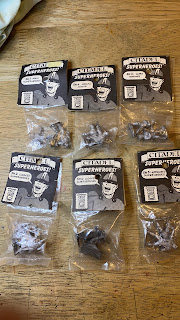 The mini I chose to paint was a Cloaked Superhero, SH2 V2, sculpted by Michael Perry. 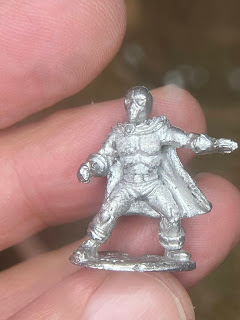 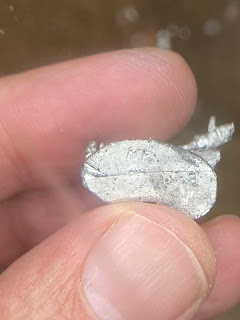 I wanted to paint the model in bright, comic book colors, and figured red and yellow are a classic combo and would look nice. The little wall and base were painted blueish with bright blue highlights. The skull mask would make this guy a bit more menacing. 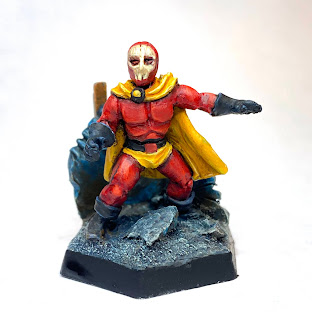 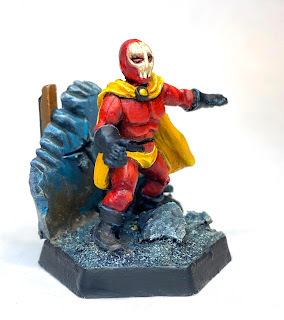 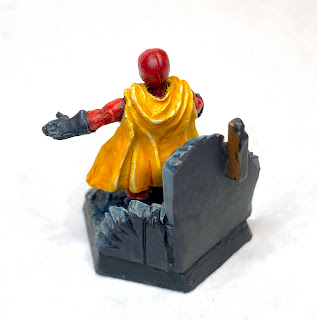 I wanted to create a small scenic base to give the mini a bit of context - it's a tiny model compared to later 28mm standards, so I thought it would be nice to add a bit more stuff to it all. 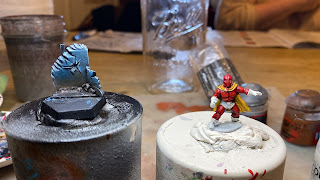 Although I got the sculpt brand new in the bag, the quality of the cast is of course not amazing and the detail is minimal. Mine had a lot damage to the hands and to the base. On the early minis you can clearly see the layers of sculpting material and the cloak ridges are not really sharp - but that's something you have to accept as part of trying to bring such a cool old miniature back to life again.

It's amazing to see a Citadel range have such a small online footprint. After a google search I was able to find only ONE nicely painted mini in a blogpost from 2014 - and so with mine there will now be another!

Here's the link to the Superheroes page on Lost Minis Wiki

Here's the link to Superheroes on  Stuff of Legends

Below are some of my 'blisters' 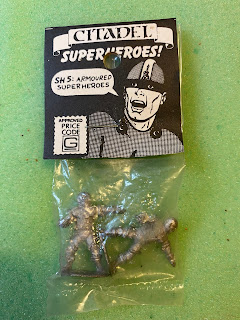 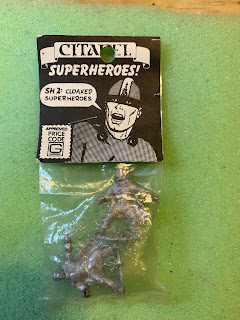 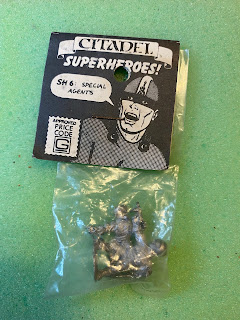 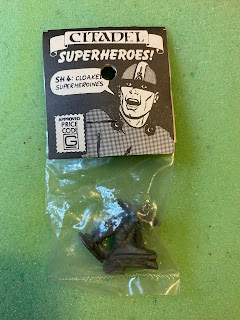 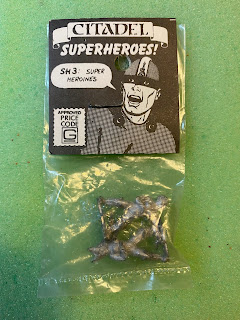