C38/C27/C22 and more: my Chaos Beastmen warband is growing 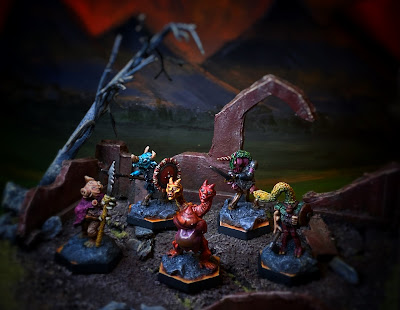 I am now more determined than ever to keep working on my merry band of mutated Chaos Beastmen and their friends and am really enjoying the old, classic and frankly crazy sculpts with a super colorful palette. I finished up a couple of miniatures that have joined the warband: the Citadel Runequest Broo V2 Rhino Man from 1982 and the Citadel Chaos Demon from the C22 Creatures range, from 1985. 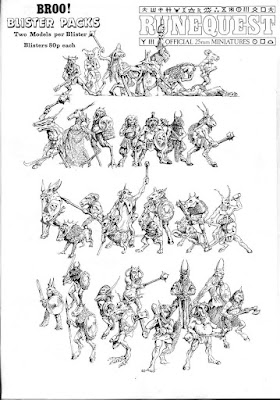 First the Rhino Man. I call him that, although he doesn't have an official name. This mini was sculpted by the Perry's in the early 80's for the Citadel edition of Runequest. He is preslotta and is from the second set of Broo released for the game. He is actually not showing on the catalog image above, although there is a Rhino headed design there, but without a shield. 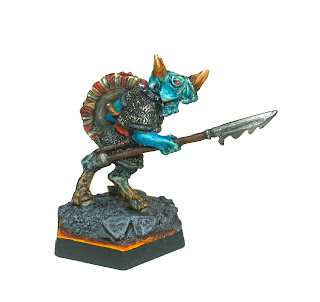 Here's the other new member of the gang: the Citadel C22 Chaos Demon. Released in 1985, this mini is a perfect Chaos mini, disturbing and creepy but also cute. It was really fun to give it a colorful paint job and the demon fits really well with the C38/C27 vibes. 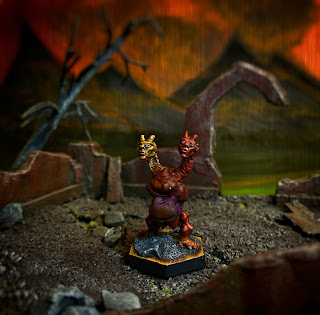 Nick Bibby sculpted the pre slotta versions of the C22 range, but when the minis were converted to slotta, some new ones popped up, like the demon, and I could not find out who did the sculpts for those. 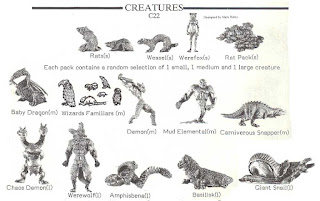 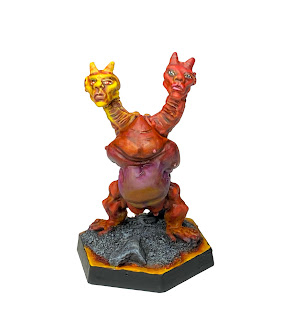 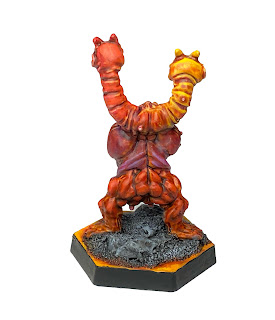 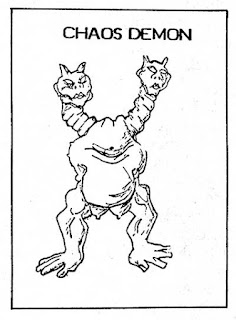