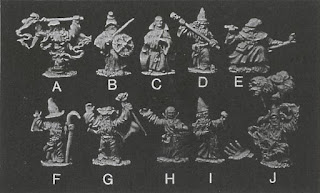 Whenever I start a painting project, I get really obsessed about the history of the minis, like why they look the way they do, who sculpted them and why the company put them out in the first place. When I started work on the Grenadier Wizard AD&D 2001 small box set from 1980, I knew nothing about the minis and could not find much about it online as well. When you google this set, loads of Ebay sales show up, but very few posts about them and hardly any decent paint jobs. The set is well known, but not the sculptor, Andrew Chernak, so I tracked him down and sent him a few questions. He responded promptly and I hope you all find this of interest. At least it will help create some background to these classic minis. 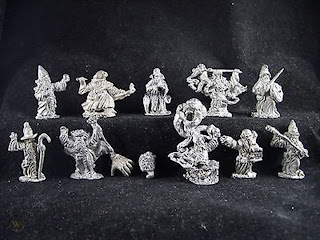 The miniatures are all wizards, and at first glance they all look like different personalities, with unique skillsets. Of course, once you start painting them you realize how the models were built and you recognize some heads or capes or robes are similar with a unique visual element added, which was common in those days of course.
Here's the artwork of the box by Ray Rubin: 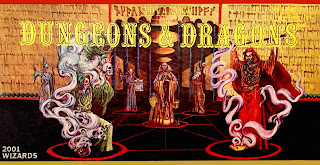 and the original box details: 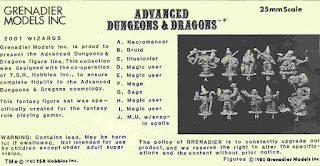 A short bio: Andrew Chernak was born in 1950, served in Vietnam in 1968 as in infantryman and is a decorated veteran, with 2 Purple Hearts, the Combat infantry Badge and a Bronze Star. His history in the war will follow his career, but on that later. In 1975 he co-founded Grenadier with Ray Rubin and the company would exist till 1996. Some well known sculptors worked for Grenadier, like Bob Naismith, Nick Lund, John Dennett and Julie Guthrie. In 1996 Andrew left the company and focused on his bronze casting, which he still does to this day. 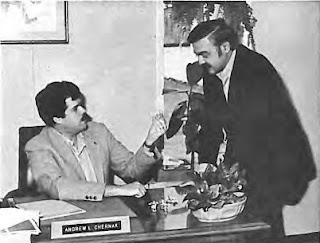 Andrew Chernak and Ray Rubin
OK, here we go:
On the games he played as a youngster:
"I started with American Heritage Wargames and moved up to Avalon Hill. I also wargamed in miniature with English Civil War and American Civil War in 25mm. With role playing it was good old Dungeons and Dragons and Western Gunfights. Later on, during the Grenadier time, I also discovered Call of Cthulhu. I tried others but always went back to these staples" 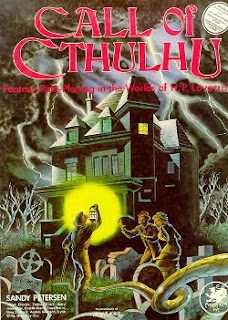 On the start:
"I first decided to sculpt miniatures as a hobby after seeing the work of free lance sculptor Lionel Forrest. It struck me as an enjoyable pastime and as I was dating his daughter, I would be able to ask him pointers. I was really inspired by characters from Howard Pyle and N C Wyeth illustrations as well as the works of Kipling and Melville. Toy soldiers were also a passion and I was a miniature figure painter since 12 years old. All in the collectors scale of 54 mm." 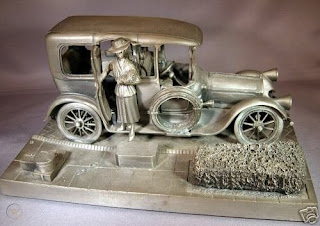 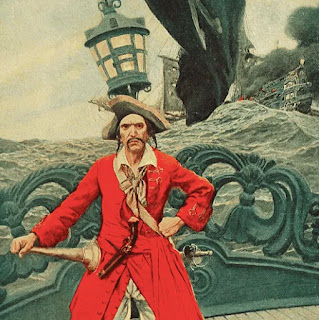 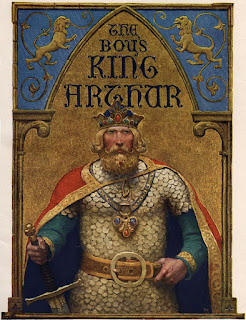 About Grenadier's first miniatures and how fantasy sculpts became a big deal...

"Grenadiers first releases were pure historic wargaming: The first grenadier release that I sculpted was a Hessian Grenadier. He was the first of an entire line of American Revolution 25mm gaming miniatures. But the fantasy genre seemed like fun in that creativity could outweigh historic accuracy. It also struck me that it, along with the fantasy worlds, role playing had a great future." 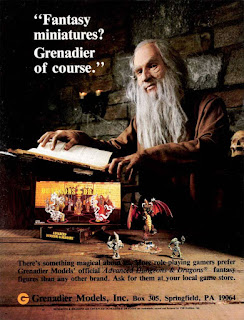 Grenadier ad
About those famous box sets, small and large...

"The box sets were my creation through an observation at a very early ORIGINS convention in New York 1977. The first four boxes were in the large box format and were designed for both a balanced collection and a storage/travel box after painting. The first small box, Wizzards was simply my desire to start at the top of the then fantasy food chain. I was really into the Merlin character in the classic King Arthur and his knights written and illustrated by Howard Pyle. Ray painted the box art from the miniatures or by examples of what I wanted and how it needed it to look to match the product. He filled in the rest with his own brand of creativity." 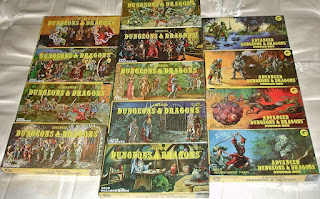 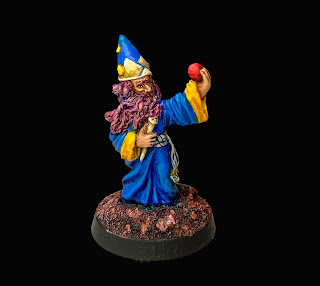 Image by Santa Cruz Warhammer
"I sculpted in epoxy bond putty which was revolutionary in the casting world. The sculpts took weeks, but could go directly into the final production molds without all the in between steps. Heads could be re-used and modified with little details to make every mini look unique" 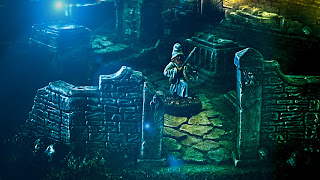 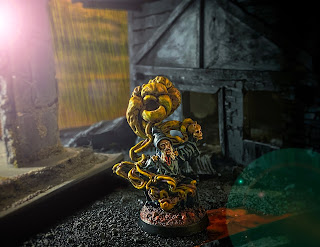 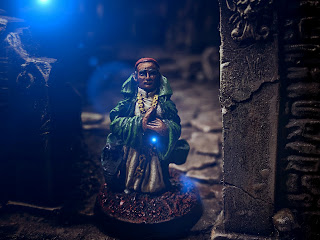 Images by Santa Cruz Warhammer
About changing course and going big...
"The change to large bronze pieces in the fine arts world was something I always wanted but couldn't achieve while being saddled with the administration duties of Grenadier and Canterbury Pewter which was the actual company name with Grenadier as an arm of that company. I focused on military history subjects as I was a living part of it and I could create memorials to those who made the ultimate sacrifice." 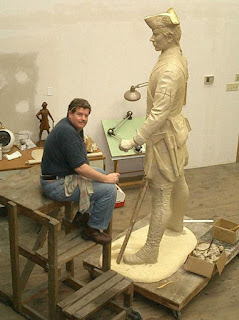 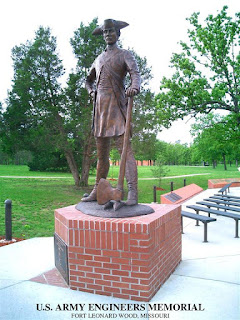 "I am a private person and rarely show up for unveilings of my own work, many of which are in prestigious places like Arlington national cemetery, US Army Engineers school, inside city halls, on the grounds of a State Capitol, US Army War College, and West Point. to name a few of my favorites." 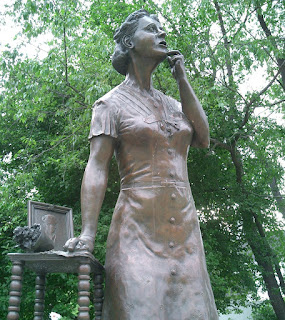 Gold Star Mother, New Hampshire
"I have never been much for personal accolades. I am happy to see that my old Grenadier pieces are appreciated and that collectors get what we were all about, but in the end the bronze will outlive us all by many many generations." 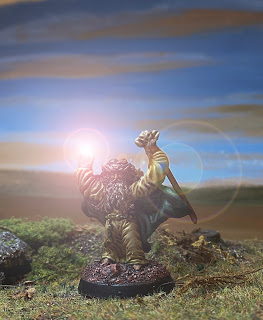 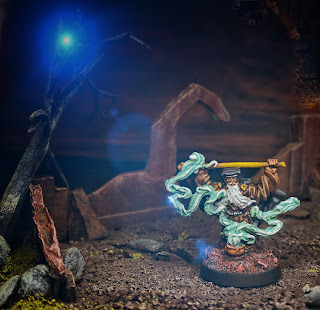 Images by Santa Cruz Warhammer
"I have no original grenadier works in the house anymore, but do have family and friends who collect or play and I am always happy to answer their questions. Thank you for your interest in my thoughts but thank you more for the service and efforts you expend on others whom love miniatures and gaming!!!"
You can find Andrew's current website here. 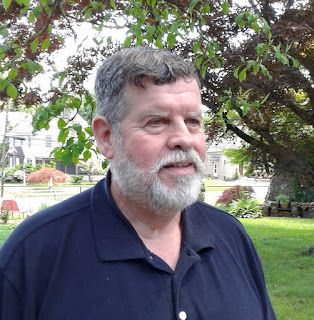 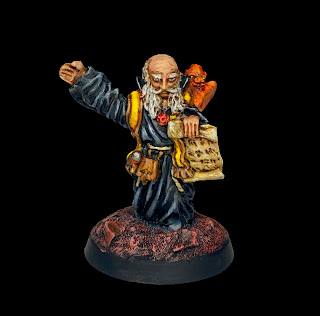 Image by Santa Cruz Warhammer
Admin note:
The painted gallery for my versions of these great miniatures is here
I am hoping this will inspire more people to paint up these great minis,  true old-school stuff that is so enjoyable and easy to work with. I have two more wizards to paint up and then the project will be done!
SC Mike