Make Your Own Death Korps Models, With West Wind Heads 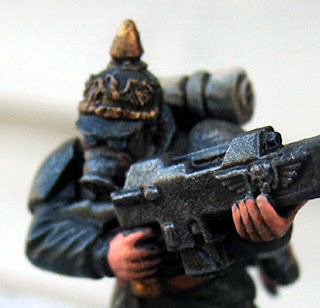 These three figures were built using new unreleased heads from West Wind, in our last post we previewed these new head sets and Mike showed some models that he is working on using them, you can see the review here.
I decided to make some Death Korps style guardsmen, with just a head swap. I did the same thing with West Wind heads for my Ardwick 23rd troopers, and really like the way it came out. 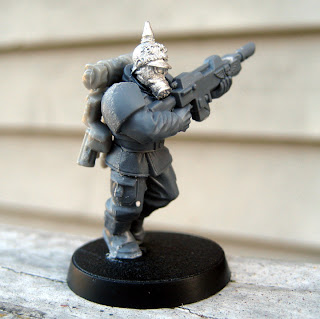 Painted dark green grey and used the kit pack from a Warzone figure. 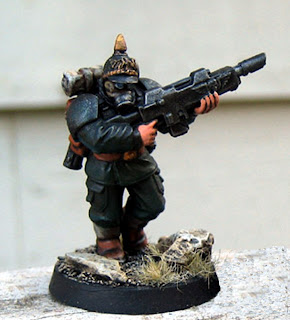 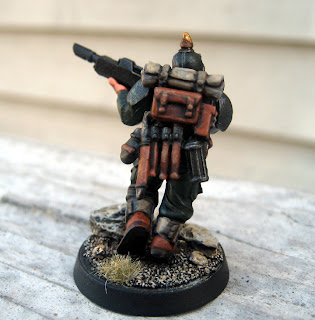 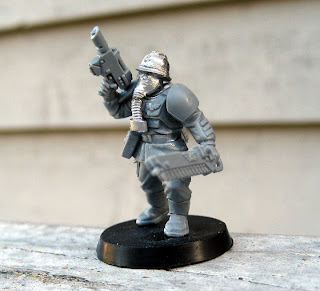 I chose blue like the WWI French uniform with a heavy wash. 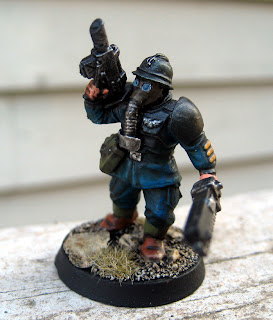 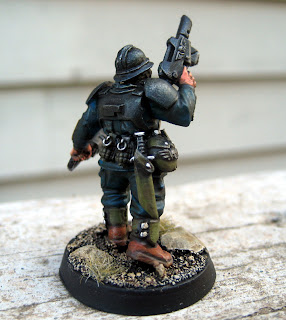 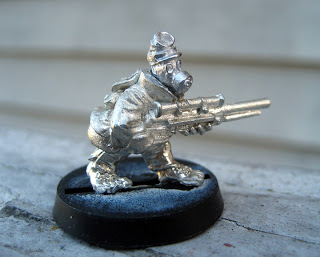 I have to say I was a bit stumped with this next unique head sculpt, and decided to do an American Civil War style mini and this head seemed a bit small to me, so I used an old Ratling which I decapitated and swapped the kepi head on. I decided to paint him green like the Civil War sharpshooters I also made the scope brass. 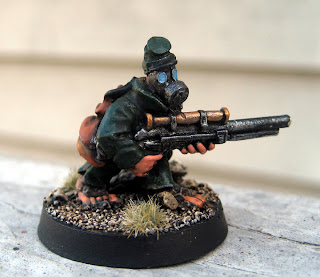 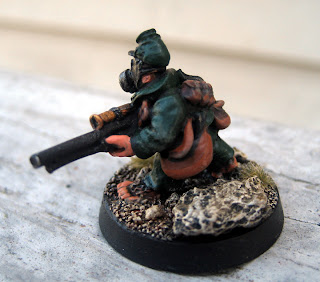 Here they are side by side 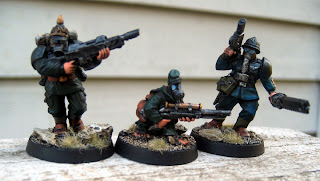 These new heads are ripe for Imperial Guard conversions, so keep any eye on our blog for the next give away which will be some of these unreleased head packs from West Wind.
John
Posted by SC John at 9:19 PM