It's a Dwarf Bear Rider! 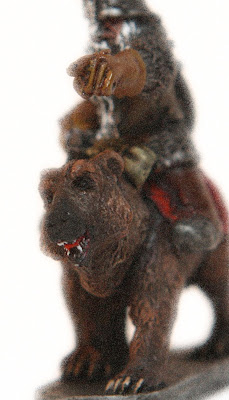 Having become slightly exhausted by the painting work on the Manticore and the Valkyrie, I decided to paint a Dwarf. John passed me a few ancient models from his collection: Dwarf Bear Riders, cast in 1990 by a company called Grenadier.
You look at this model and wonder why GW doesn't give the dwarfs some cavalry. The modeling options would be endless and so much fun and Dwarfs would certainly be able to tame a few black bears.
Anyway, here's the mini. Could not remove his base, it's cast in heavy metal, probably lead. 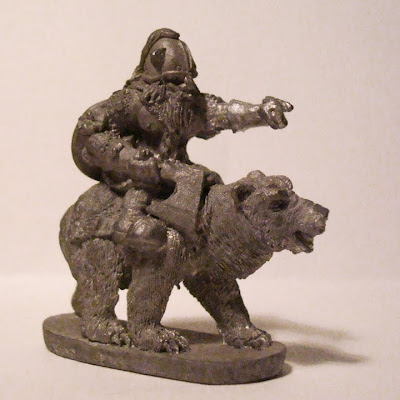 Here's the paint job. Really mellow and muted with a red spot color. I didn't want to make him look fancy and dandy, more pragmatic but proud. 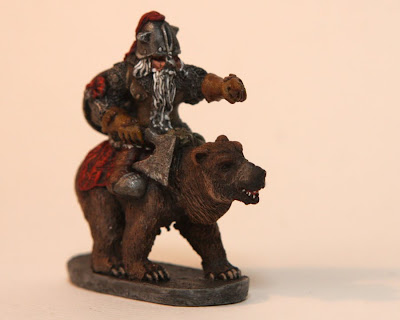 It was great fun washing and highlighting the bear. I got some pictures of real bears to do the snout and face. 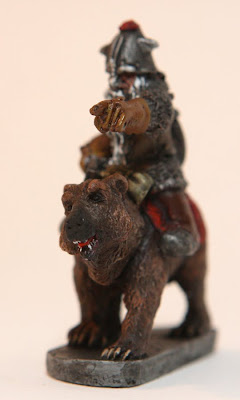 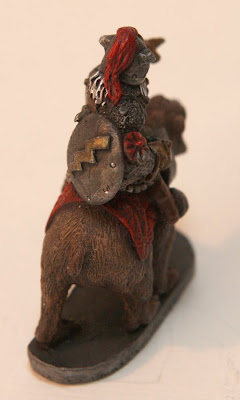 The detail on the leather saddle was very nice. 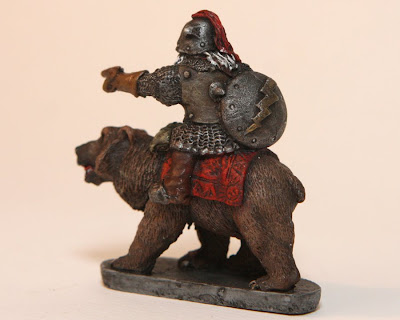 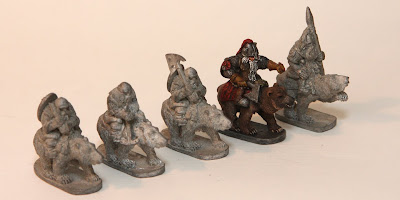 Notice the far right one having a raised paw, a nice touch.
Yo for bear riders in the new Dwarf codex (if a new one will ever come). I did some research online and found out the original casts for these models were bought by a different company who hasn't done anything with it. Hopefully these models will be re-released soon. They are a perfect way to spend a few stress less hours painting an easy model.
Mike
Posted by SC Mike at 9:38 PM

Email ThisBlogThis!Share to TwitterShare to FacebookShare to Pinterest
Labels: Dwarfs