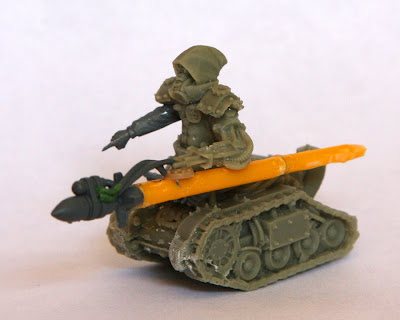 I have always wondered why Imperial Guard Armies don't have more servitors in their midst. In the world of Dan Abnett servitors do everything, including fixing vehicles, cooking food and cleaning. So I figured it would be pretty benign adding a unit of servitors to my new IG army. I decided on the rough riders because in my vision horses don't jive with the future, they would have all been eaten already I think. So here is the first of a group of 5 that I will build. 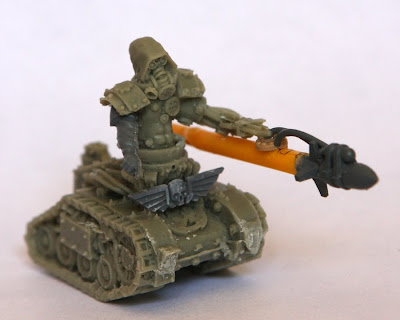 The little tank, body and one of the arms is from a 28 mm model from the Polish Company Micro Arts. The spear is an old brush, the rocket is from an Ork Sprue and I added guard arm from the Basilisk set. It came out pretty nice. 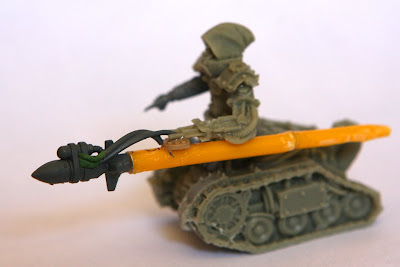 The model looks really Mechanicum, but who cares? There is no Mech Army yet and in the end they could easily have built these to serve the emperor in different armies.
I do want to note the the resin cast of the tank had major flaws, I am not sure how to fix it. 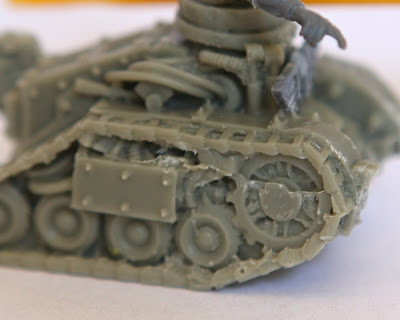 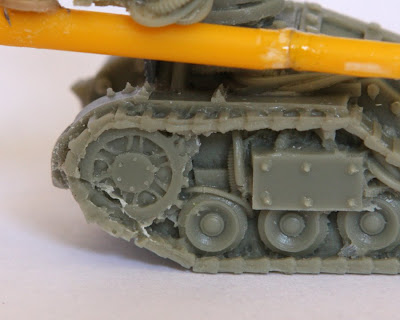 I bought these 3 months ago with some bases (they came out fine) and hadn't really looked at the sculpt. In my next order I will make a note that they should check their products before sending them out; I would say quality control is crucial in the resin casting business.
The sculpt of the face is really quite beautiful 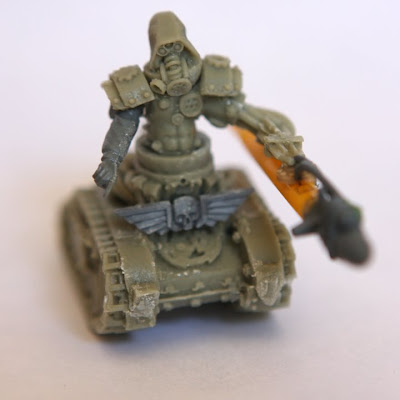 Hope this inspires!
Mike
Later Added:
I sent an email to Jan at Micro Arts, this was his reply
Hi,
I talked with guys from our production team and they said those were
from the old mould. Curently we have a new one and the quality is much
better. I told them to check each piece before packing so I hope this
will fix the issue. We're also thinking of making a mould in a different
way so that you have the mould line on the bottom of the mini.

We may add some free parts for you, no problem :)