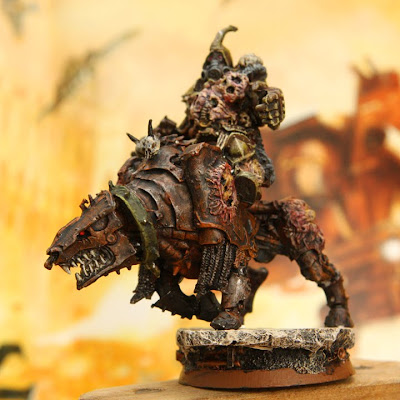 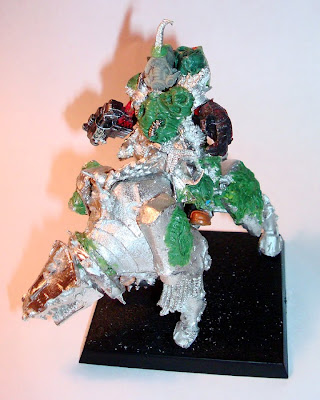 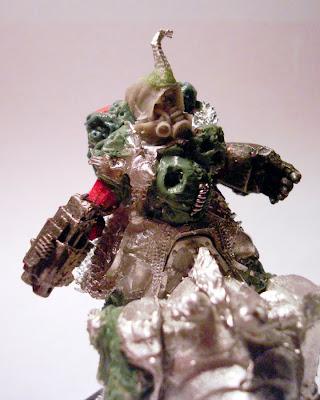 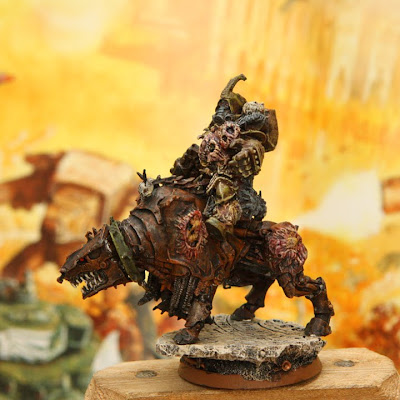 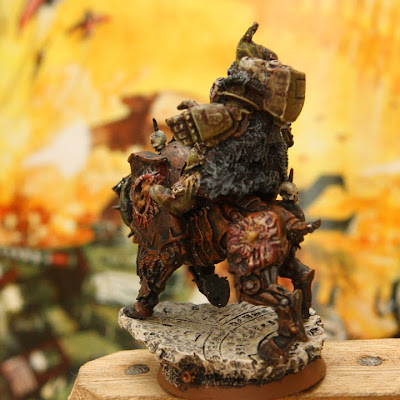 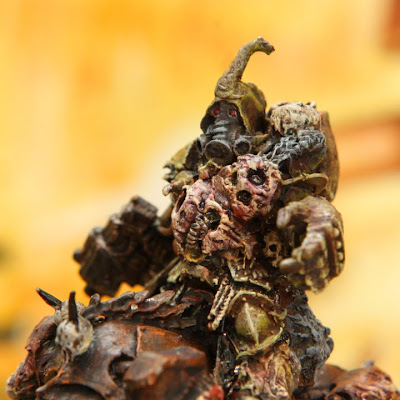 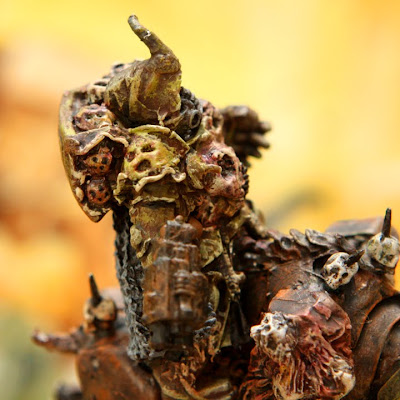 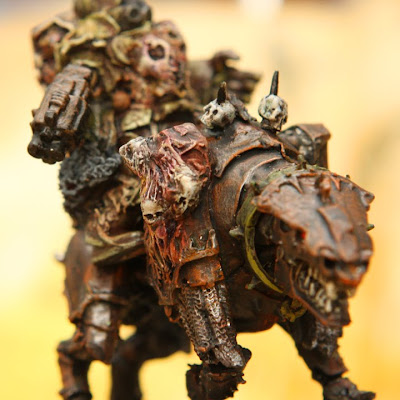 Two things left:
-the rules for this guy are insane at this point: terminator armour, plus one attack, plus one toughness, plus one wound, move 12 inches, powerfist, twinlinked bolter, it pretty brutal, which was exactly the idea. It's kind of fun using the rules as a starting point for a model. My idea is to have him ride with bikes or raptors so they can soak up some hits in close combat, since this lord will go last.
-the templar base is from Micro Arts
Hope it inspired!
Mike
Chaos Death Guard nurgle