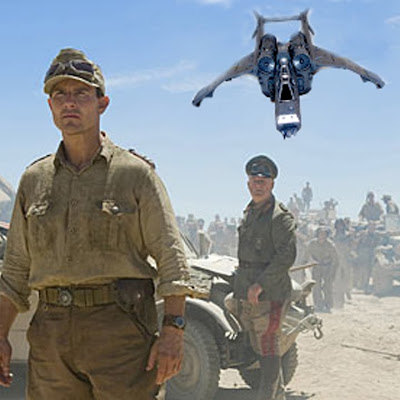 I have started work on my next project, a Valkyrie for the Bishkek 2nd. My buddy Christian gave me one ages ago but didn't have inspiration to do anything with it until working on the Manticore, following the Forgeworld weathering method. So I figured I would do the plane, but making it a little less weathered and trying for some good camo. Anyway, here's some WIP
First thing was to modify the guns, so they not only rotate on their own axle but also go up and down without falling out. 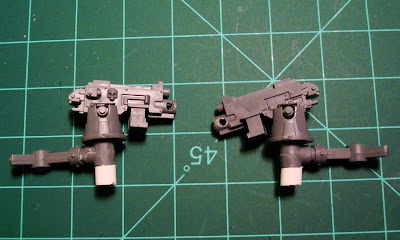 Pretty basic, going left and right, up and down and using the GW design of the movable arm, which swivels as well. The guns are cheap to add and give you 6 shots so I wanted to keep the option on there. I will not use the gunners, having used up their bodies already in different projects.
I was going to paint up the inside and to make it look a little more realistic, I wanted to add a computer monitor so the drop troops would see footage or have auspex readings on it. Construction was easy, using a square from the fantasy movement tray and sanding it a little roundish. 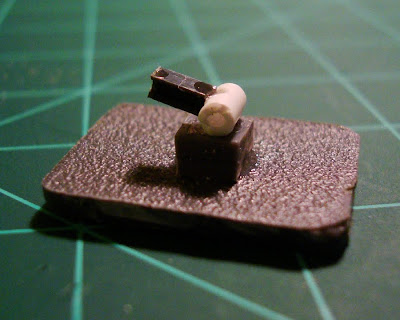 You have to keep the sides apart if you want to paint this thing decently. Here I have given it a white mist over the black undercoat, just from the can 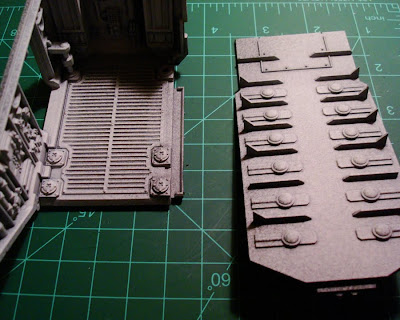 Here's the monitor, mocked up, I have to paint it separately 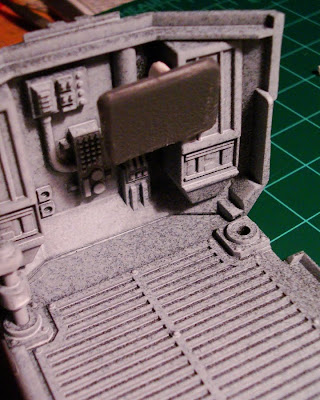 After that I gave the interior a quick basecoat, picking out details but realizing that the militairy usually just sprays everything the same color. My approach is to paint things that get exchanged a lot in a different color. I sponged some dark grey at spots where wear would be heavy. After that I gave it a gloss coat and used the oil paints with thinner to create some wear. It's all still pretty non detailed. 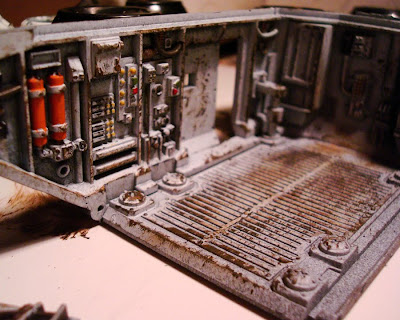 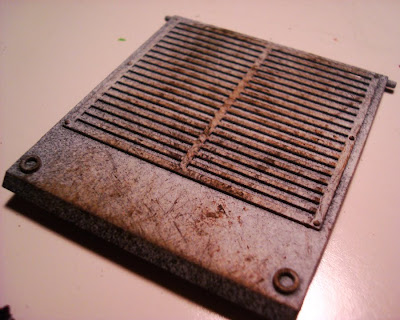 and the other side 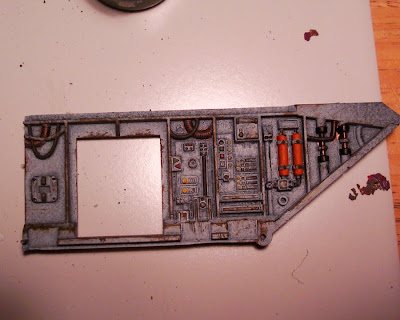 When that was all dry I lightened up the wear a bit with a white stipple and I used black wash and inks to tidy up all the details, creating shadows, depth and generally nicer looking model. Now I see it in the picture there is still some work to be done on the gun arms. 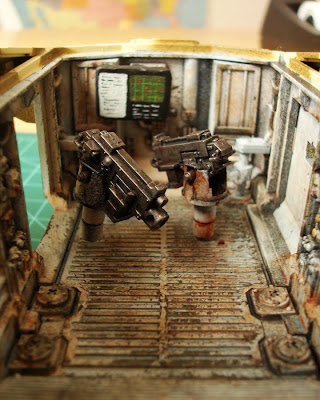 and here's the monitor, spewing out real time data. You notice those traitor squads? 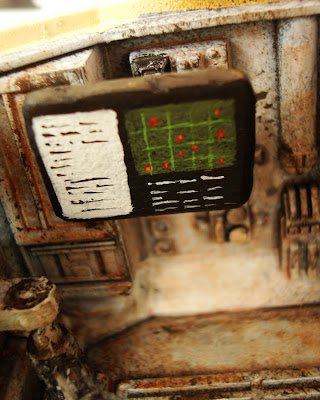 With the inside done, the outside awaits..
Hope you will enjoy this adventure. Critique is welcome!
Mike
Bishkek 2nd forgeworld modeling book modeling tips Valkyrie