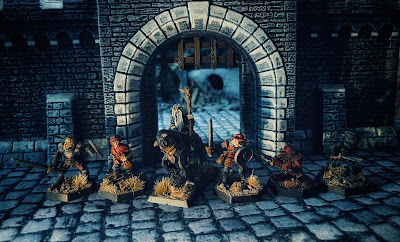 It's taken me a few months and a bit of planning, but I finally finished up a modest little Mordheim warband, comprised of a eclectic set of oldhammer miniatures. I thought up a bit of an angle which is this: old and blind but powerful wizard from Altdorf is sent out by the rich merchant guilds to get some Wyrdstone out of Mordheim. The wizard has his entourage, with a couple of gnarly fighters, a sneaky thief, a kind hearted brawler AND a student, a young orphan girl who has been with the wizard for a good while. 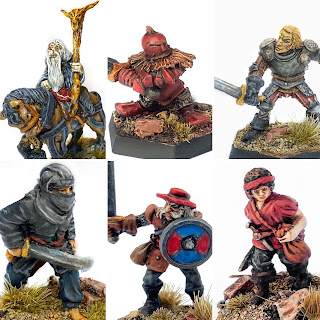 Original? No, but really fun to drum it up and rummage through the model collection to find some good minis. Ok, here's the gang with their 500 pt 'army list' designation (from a Broheim Wizard warband list):

I painted the whole team in similar colors to make them look like a cohesive unit, but of course mixed it all up: the main colors are brown, grey and red. The two shields in the group were painted in the Altdorf colors. The basing was all done in a style of walking through a destroyed city, where there are bricks everywhere, but also weeds growing all over the place. Every base has a broken brick, some stones and the weeds. Below is a short list of the minis with links to the posts where I delved into the history of the mini a bit.

1. The Wizard: a Heritage Dungeon Dweller Mounted Wizard from 1980-81. The staff head was missing so I replaced it with something suitable. The article about him is here 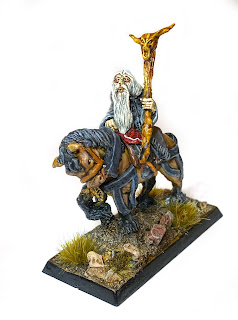 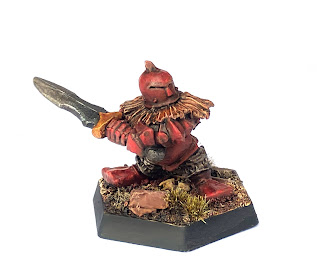 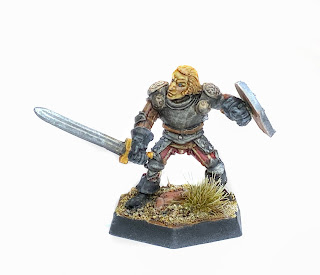 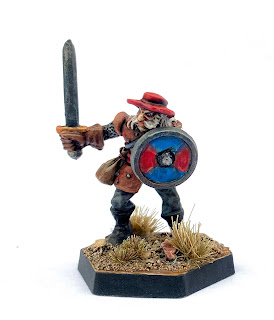 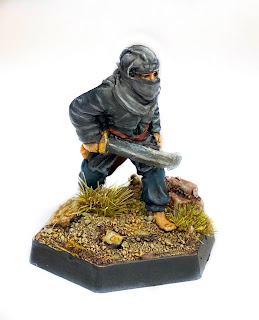 6. A student: Grenadier Wizzards and Warriors WW01 Thief, 1979. The oldest mini of the bunch with a interesting backstory, read it here 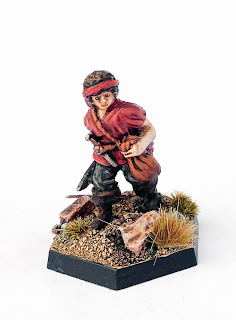 Of course I had to photograph the gang in action during their adventures in Mordheim, so here are a few snapshots of those dangerous moments: 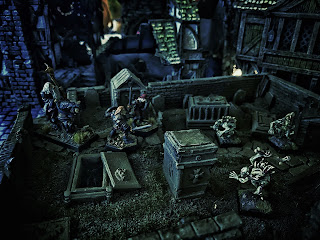 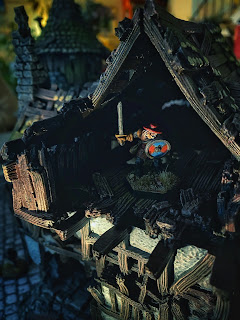 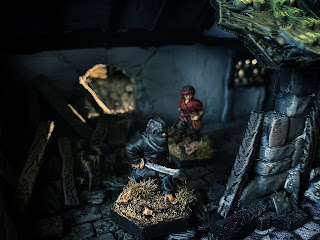 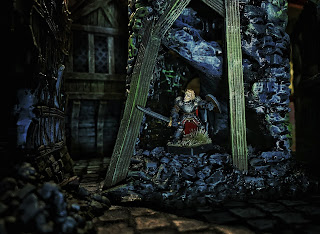 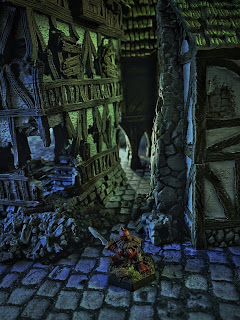 For me the most fun thing about this project was delving into the history of the mins: having the blog sort of forces me to delve a bit deeper, which is fun for me. I have never played Mordheim, but I would love to try it out once with this little set.
Hope this inspires
SC Mike
citadel games workshop model photography mordheim oldhammer vintage