Decided to change up my lesser demon from a generic demon to a lesser demon of nurgle , used parts from some chaos spawn , head of an ogre and lots of greenstuff . 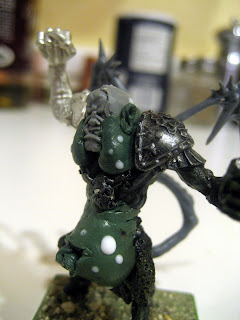 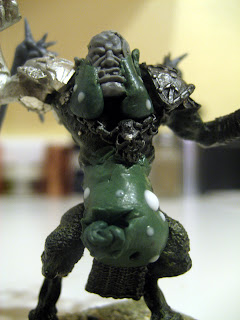 the wing stubs were filled in with paper towel soaked with water / PVA glue mix. The usual greenish flesh colors , rusty metals and Ard Cote to and a wet look, finish it off. Ended up looking fat and Hitlerish. 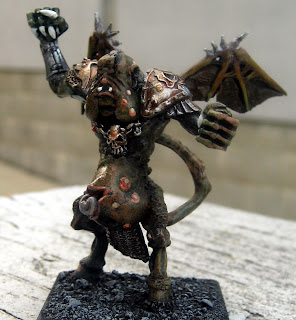 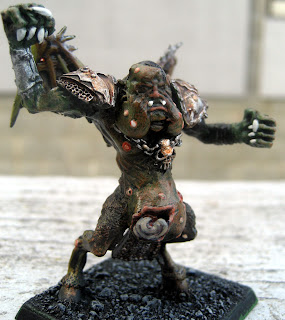 After receiving the Zombie regiment box ( thanks Christian ) I decided to try using some of the parts in my Chaos Nurgle models , to make them look a bit more plague-ish.

I used an old 40k Chaos Marine figure and a couple of Fantasy Chaos plastic Marauders adding some rotting body parts from the Zombie sprue , the Marauders were looking a bit healthy for my Nurgle plague army.

Here are some pics before paint, you can see the parts that were added in grey. 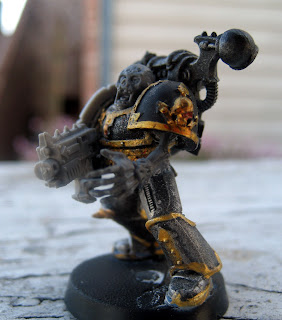 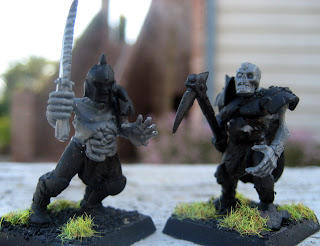 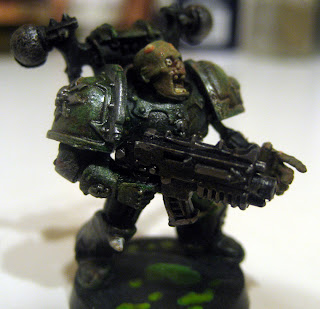 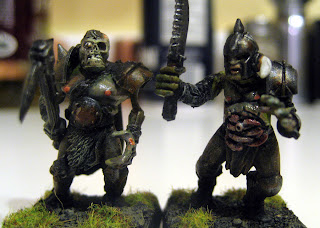 For an upcoming birthday Apocalypse game (July), I have decided to do a bit of extra work on my Ork Army and build a bunch of big things. I already scratch built a Def Dred and a Trukk (see this blog), now I wanted to build a looted Gorgon, which is normally an Imperial Guard Forge World Model.
Here's the Forge World Gorgon that I based my Trojan Horse on: 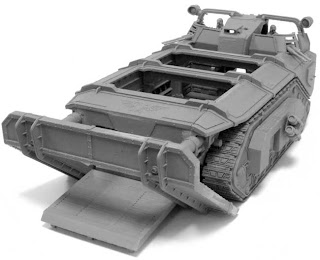 I started out with most of this stuff; a couple of old M113's and a bunch of leftovers, including (again) an old WWII model. 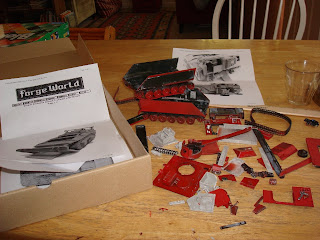 I cut both of them in half and attached them to a large piece of Warhammer Basing Material, 8x5 squares of the larger ones; see ruler for dimensions. I wanted the Horse to be same size as the Baneblade. 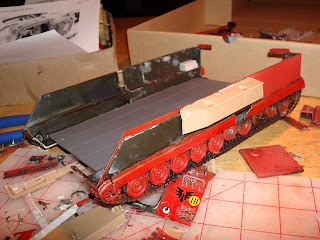 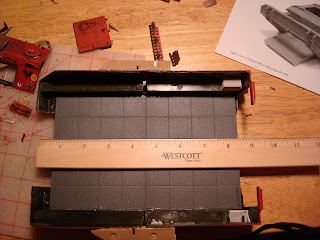 After that I added the cross bars and balsa wood details. It was hard to build the front and back but with a little persistence and some green stuff you come a long way. 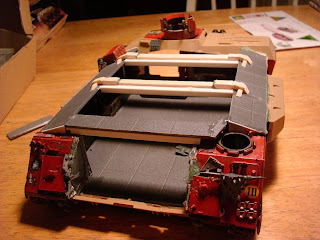 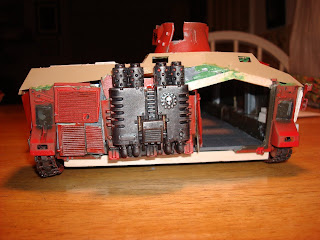 (Yes, I looted my only Land Raider)
With the foundation done, I added details, like extra tank wheels, gas cans and extra armour. 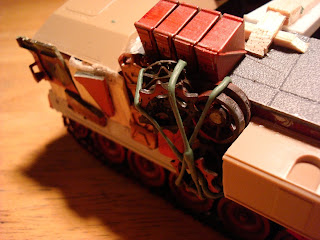 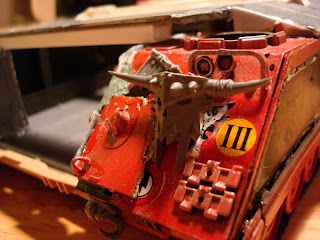 Then to the front of this tank: I needed to create the prow and on advice of Christian, our Warhammer guru (the guy with all the ideas), I made it movable. Using sprue and a pen I made it work, so the prow can move forward and the Orks can shelter behind the prow when they come out: movement is about 3 inches. 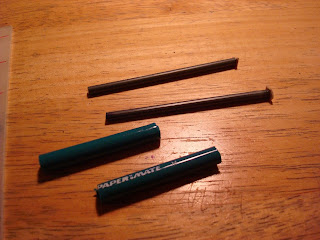 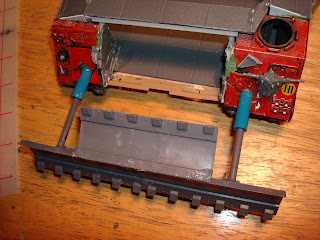 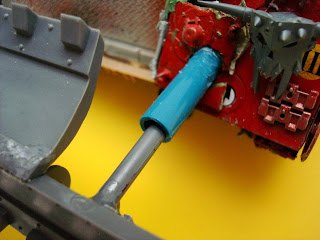 The door behind the prow is magnetized, easier to play with it. 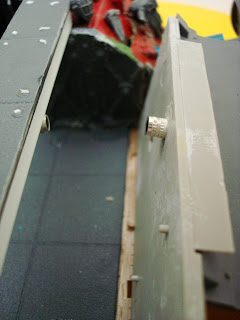 On weapons: I used the battle fortress as guide but wanted to give this tank the Skullhamma Kannon, with the modified strength of 8, not 9. Because this is a looted Gorgon, the turret is too cramped for an Ork, so the kannon must be fired by a gretchin: perfect! That gives me a BS of 3, not 2. So this evens out the weaker strength, but makes for more fun in playing. 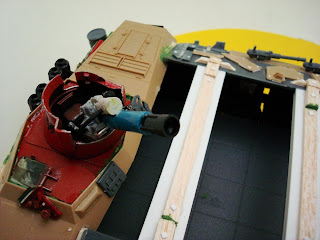 The brown part is obviously the chassis of the old WWII model...

On the side I built some big shootas (twin linked) and a couple of Zzap gunz. 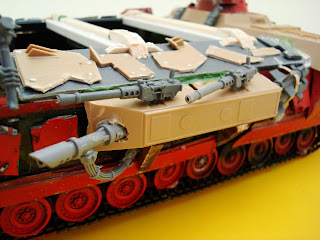 And here it is in full: 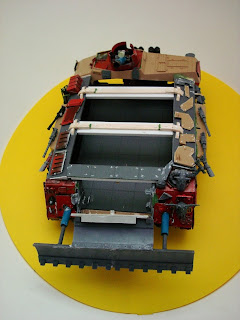 Making your own data sheet is great and designing one teaches you a lot about balancing out the power and the weakness of models. The empty form you can download from the GW website, the rest I did in Photoship.
Please comment on it if you want to and of course feel free to print this out and use it. When Da Trojan Horse is painted I will swap out the image. 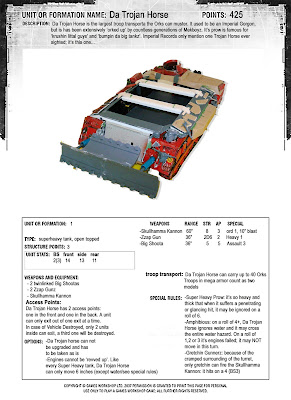 Hope you enjoyed this one. Let me know!
Posted by SC Mike at 2:46 PM 5 comments: